Basic Flight Etiquette For Anyone Who Has Forgotten

Basic Flight Etiquette For Anyone Who Has Forgotten

This year alone we've had a mid-flight brawl over a crying baby and reclined seat, a passenger activate the emergency inflatable slide during taxi because he wanted fresh air and countless other breakdowns in flying etiquette.

This isn't hard people. No one should think it acceptable to clip their toenails onto the aisle floor, let their hair hang over the back of the chair so its covering another passenger's tray table or pleasure themselves in any part of the airplane. 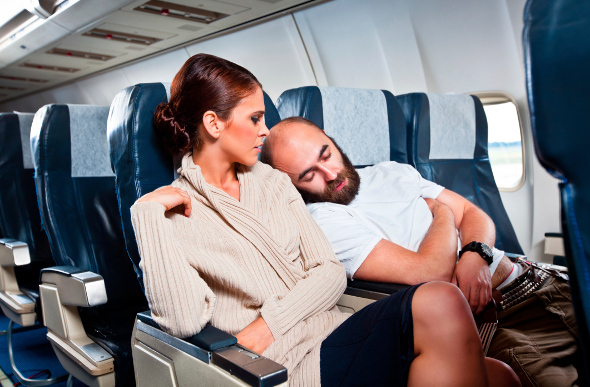 Not a great first impression (Getty)

These are the extremes of poor passenger etiquette, but there are a lot of basic rules that often get overlooked. With the emergence of shame websites and groups on social media, no culprit is safe from the world's disgust.

Few of us are without fault, but we can all keep ourselves off the naughty list for 2015 and beyond by adhering to a few essential aspects of good in-flight etiquette.

You wouldn't try sticking any more of your finger in your ear than fits would you? That experience wouldn't be pleasant. In fact, it would be about as excruciating as being stuck in the aisle behind someone who has tricked themselves into believing their bag will squeeze into the overhead compartment.

Everyone can see the bag is too big. You, me and definitely the flight attendant. 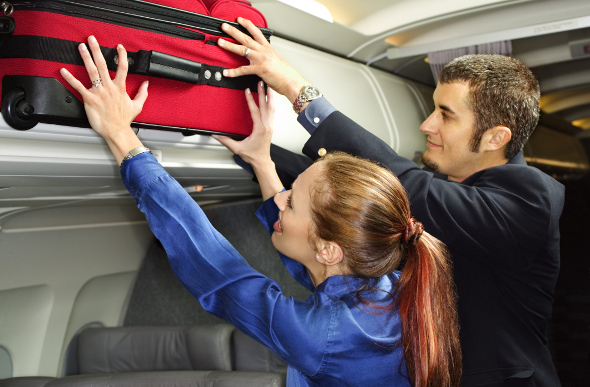 If you ever find yourself attempting to push a square peg into a round hole – or in this case an oversized bag into itty bitty cabin space – stop, accept the reality and check your bag in. Definitely don't leave it hanging slightly out expecting the flight attendant to fix it for you. She's not Harry Potter.

Regardless of whether you're giving them air or need to stretch your legs out, bare feet should never be seen on planes. It's discourteous to have your clompers poking out onto the aisle or through the seats in front of you. After six hours of having your feet inches from some stranger's face, you're likely to give them Podophobia.

This etiquette also comes down to smell and realising planes use recycled air, have very little space and are in all essence public transport. Would you go barefoot on a bus?

After hours of walking through airports and waiting in boarding lines those puppies are going to be growling, so keep them in your shoes. If foot swelling annoys you, invest in comfy footwear such as slippers for the flight.

Consider the passengers sitting next to, in front of and behind you. You've all got a limited amount of space for a period of time, be it five or 13 hours. The least you can all do is share the space evenly.

That goes for armrests and legroom. We're not saying you can't recline your seat – that's your right as a paying passenger. However, the person behind you will have a much better time if you do so slowly and without bashing their knees or knocking the drink off their tray table. 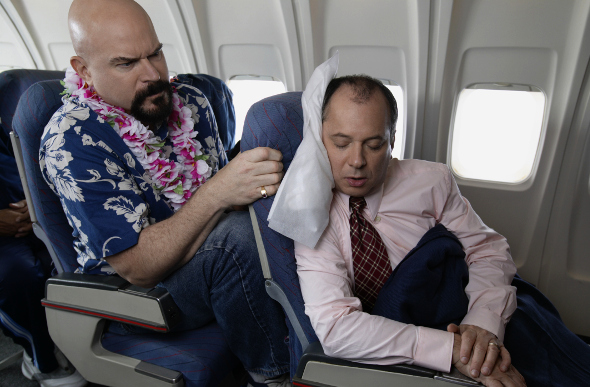 It's the simple case of turning around and letting them know so they can prepare. Who knows, you could be about to damage your soul mate's laptop.

If you're going to be using your own entertainment device while flying, please make sure you remember to pack headphones. No one wants to be stuck on a flight attempting to sleep through the obnoxiously loud sounds of Will and Grace episodes coming from your iPad. 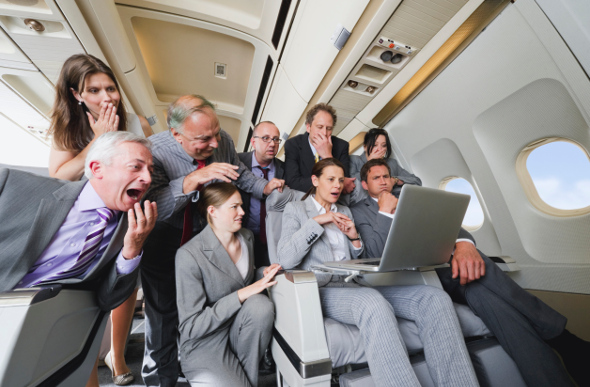 Travelling with pets? Sit, Stay & Get The Scoop On Travelling With Pets

Tips on duty free. Duty Free - Is It Worth It?

5. We're Not All Used To The Crying

After a few months or years of being a parent you might have learned to zone out your child's crying, dismissing it with a nonchalant "He/She will stop in a little while." If you say that to other passengers during a crying or screaming fit, don't expect your reassuring grin to be returned.

Pack plenty of toys, lollies and whatever other form of entertainment you've found to be successful at turning tears into chuckles. No one is telling you how to be a parent, but those sitting nearby want to at least see you attempting to keep your child happy, instead of letting them continue their tirade from Los Angeles to Sydney.

Because we understand sometimes Baby just needs to cry. But not for 12 hours.

There were no planes in the Stone Age, so why is it many of us revert back to some primitive form when flying? Body hygiene should not be considered optional on a plane. These are tight, enclosed spaces and nobody wants to sit next to someone who hasn't even applied deodorant during the first 10 hours of their transit.

If you're taking a long-haul flight with a stopover, it's worth at least packing a spare shirt and a travel-sized deodorant can. People like you more when you don't smell like mildew and sweat.

You're also more likeable when you act in an orderly fashion while disembarking the aircraft. Everyone wants to get off the flight, but not all of us resort to dropping the shoulder and barging our way through.

Be patient. They're not going to keep you on the plane forever and you'll probably have to wait at the baggage carousel anyway. If you're civil it might take a little longer, but at least no one will be hoping your baggage never arrives.

7. The Toilets Aren't Only For You

Some people treat airplane toilets as poorly as port-a-loos at a festival; soaking the floor in water, leaving soggy paper in the toilet bowl or sink, or taking their partner inside for cramped fornication.

The only problem is that on a plane your fellow passengers can't duck out to a service station or find a secluded bush. We all have to put up with your mess or swallow our dignity to the point of cleaning up after you. 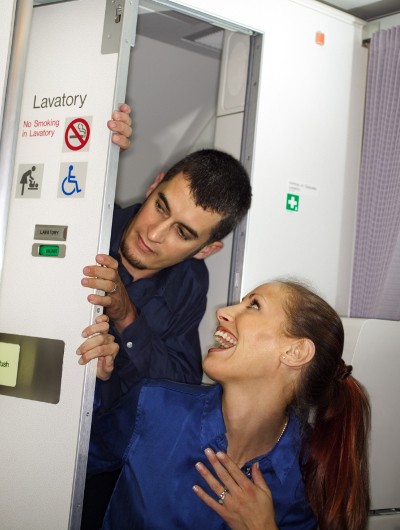 Save it for the bedroom kids, or anywhere not covered in germs (Getty)

All it takes is a little love and care for the one-of-eight toilets you and everyone else in economy has to share for the entirety of the flight. And for those mile-high-club debutants. Those plane toilets are filthy. Plus, I'm waiting outside with cheeks clamped and a grumbling stomach that doesn't have my high level of patience. 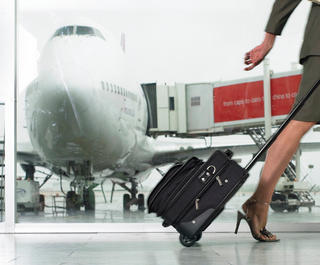