Time to get some dirt on your boots and experience outback New South Wales? Or maybe you’re about to have the in-laws visit from overseas and you want to give them a holiday they’ll never forget (now that could be interesting). You really don’t need a reason to have a good time, so load up the car and get driving, because you won’t find towns like these anywhere else. 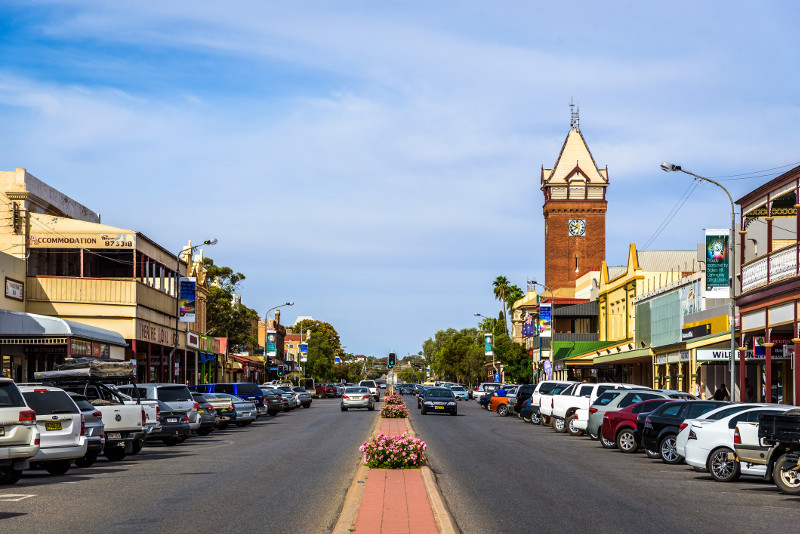 Argent Street, the main street in Broken Hill, is home to the iconic Palace Hotel, where you can stay in the Priscilla Suite. Image: Getty

Broken Hill gives new meaning to the word ‘remote’. It’s located in the far west of New South Wales, near the border with South Australia, and is one of the oldest mining towns in the country. It was built on the world’s largest silver, lead and zinc mine, run by Broken Hill Proprietary Company Limited – yes, you’ve heard of them before: now BHP Billiton. These days, Broken Hill offers the traveller a lot more than mining tours and museums. There are more than 30 art galleries in town, and the Living Desert Flora and Fauna Sanctuary, 6 kilometres from town, is dotted with sculptures arranged majestically on the crest of hills within the desert reserve.

Thanks to its cameo in the successful film The Adventures of Priscilla, Queen of the Desert, The Palace Hotel in the main street of Broken Hill is a destination in itself. Time your outback journey right (Friday 8 September to Sunday 10 September 2017 to be exact) and you’ll wish you packed your fishnets as the Broken Heel Festival turns the town fabulous, with cabaret, comedy, opera and live music and well as stunning Drag Queens and Drag Kings from around the country to entertain your socks off. Remember to load up your Abba playlist before you go. 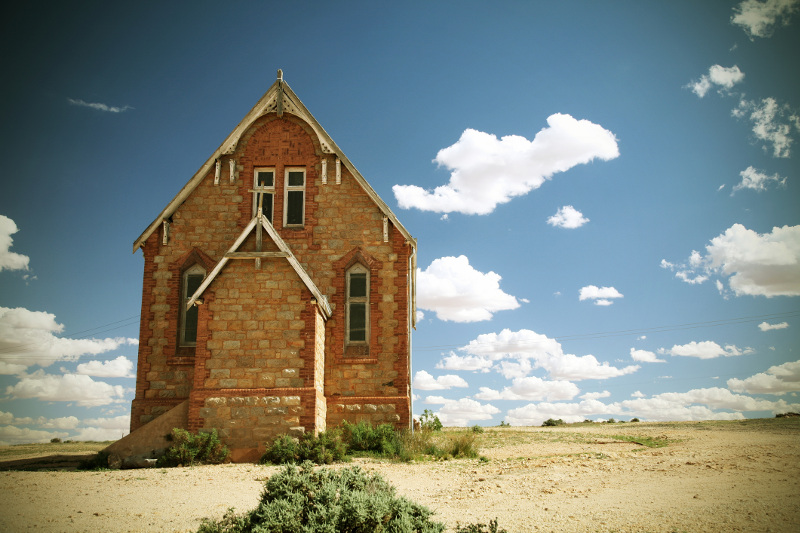 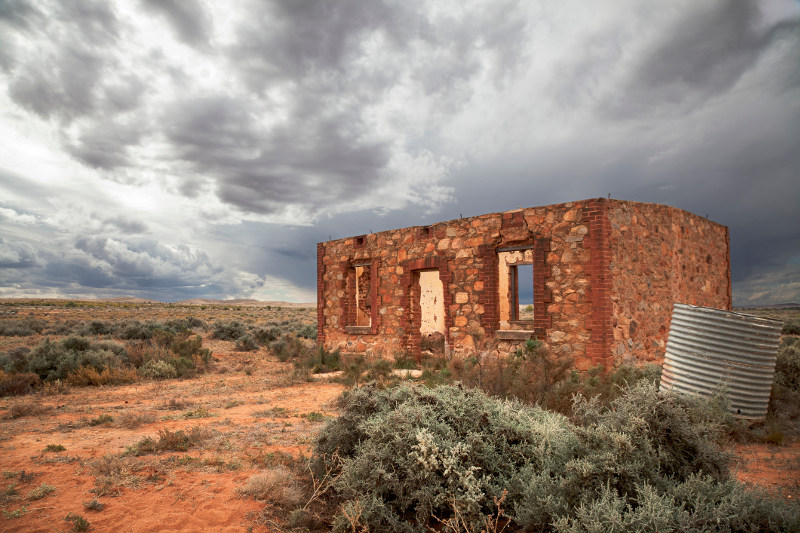 Silverton’s decline in prosperity has turned it into cinematic heaven. Image: Getty

About 25 kilometres northwest of Broken Hill lies Silverton, an almost imperceptible dot on the New South Wales map, with a population of around 40. That’s not when there’s a film crew in town, however. While this interesting little place has a fascinating boom and bust story to tell, the town is enjoying a new lease of life due to the cinematic quality of its landscape, town buildings and – every cinematographer’s passion – the unique light. The film industry is now an integral part of Silverton, with most locals having at least a walk-on role in Mad Max II, which was filmed in and around the town in 1981. Some of the other movies filmed here include Strangerland with Hugo Weaving and Nicole Kidman (2014), Mission Impossible II (1999) and Dirty Deeds with Bryan Brown and Toni Collette (2002).

Heading to South Australia? Here are 10 day trips to take from Adelaide 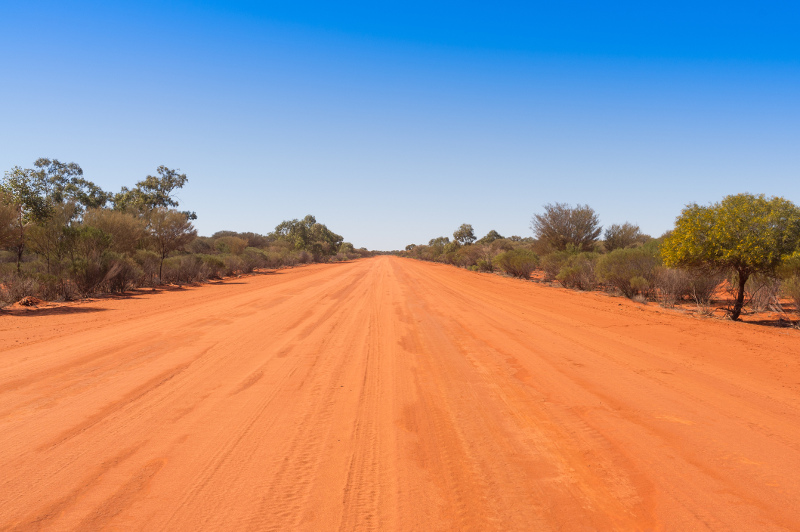 Milparinka to Bourke will take about 10 hours, depending on which road you take. Image: Getty

The old colonial town of Milparinka is in what’s known as Corner Country, being close to where the borders of New South Wales, Queensland and South Australia meet. The Corner Country is the traditional home for the Wongkumara, Wadigali and Malyangapa people, and was first explored in 1845 by Charles Sturt’s Inland Expedition.

Those thirsty for a little local history and culture can drink their fill at the Milparinka Heritage Project. This is an award-winning museum, gallery and interpretive visitor information centre located in the beautifully restored colonial buildings including the former courthouse. The Pastoral Industry Interpretive Centre – also known as ‘The Shed’ in true outback style – includes interesting detail on the wool industry as well as how this town obtained its water. Once you’ve absorbed about as much history as you can, try something else for refreshment. The beer in the Albert Hotel is cold, and the locals are friendly. 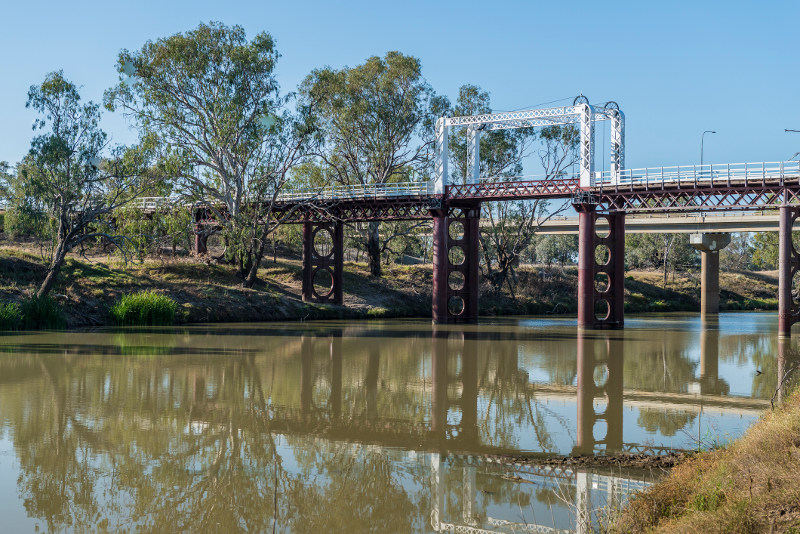 Built in 1883, the old Bourke bridge was a lift-up bridge and the first over the Darling River. The remains of the pulleys and cogs can still be seen. Image: Getty

The town of Bourke is located on a bend in the Darling River and was once an inland port. It is the traditional country of the Ngemba people. At its worst, Bourke can be desperately hot and prone to dust storms – you may have heard the phrase ‘Back O’Bourke’ which is an Australian way of describing a place that’s remote and inconvenient to get to. This, of course, makes it all the more thrilling when you actually get to Bourke. You’re in the middle of nowhere! (Imagine the captions on your social media pics…)

Bourke itself is a top place to visit, as ‘inconvenient’ towns often are. The Back O’Bourke Exhibition Centre gives an eye-opening look into the past lives of those who lived and worked in the area, while the Back O’Bourke Gallery houses the studio of Jenny Greentree, one of Australia’s most established outback artists. Visitors can cruise the Darling River on the modern paddle vessel Jandra or explore one of the many walking trails and see Aboriginal Rock Art in Gundabooka National Park. Oh and every Easter there’s a popular Mud Run on Good Friday followed by the Long Table Dinner. Fingers crossed some showering happens in between. 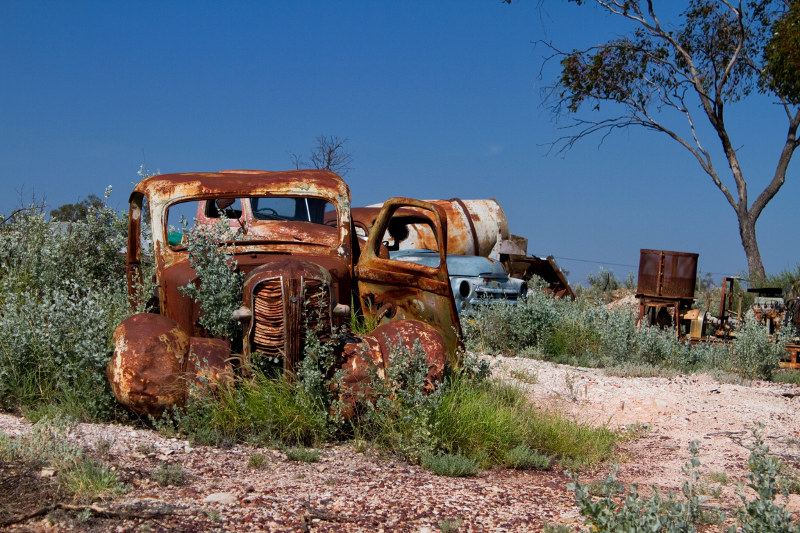 North east of Bourke you’ll find Lightning Ridge, known as the Black Opal capital of the world. To call this town quirky would be an understatement. Apart from the opals – which you can learn more about at Big Opal, a working opal mine ­– the most captivating drawcard by far is the collection of rare opalised dinosaur fossils from a carnivorous 7 metre-long, razor-toed raptor which roamed Australia 110 million years ago. No, really. The Megaraptorid fossils are an incredibly significant find, proving that this dinosaur family originated in Australia and radiated out to South America.

The artesian bore baths are also a signature Lightning Ridge attraction – naturally heated thermal baths, perfect for a therapeutic soak at the end of a hard day’s fossicking. Head there in the evening and you’ll be dazzled by the incredibly starry night sky above. 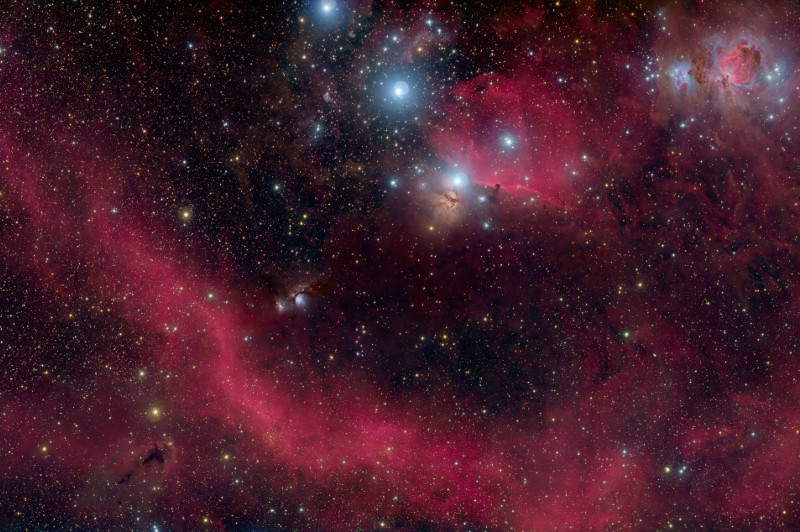 This small country town was established around 1859, and is now regarded as the astronomy capital of Australia because of its stargazing observatories on the edge of the iconic Warrumbungle National Park. The park is the first dark sky park in Australia because the night sky is completely free of artificial light.

During the long weekend in October, Coonabarabran holds its annual StarFest, in celebration of starry nights and all things to do with astronomy. During StarFest the Siding Spring Observatory is open to the public, giving visitors a chance to take a look through Australia’s largest optical telescope and ponder the magnitude of the universe.

If your Coonabarabran adventure doesn’t coincide with StarFest, don’t panic. You can gaze at the Milky Way galaxy any night of the year through the powerful telescopes at the Warrumbungle Observatory – weather permitting, of course.

Explore Australia for yourself with our hot deals here!