The Best Day Trips From Adelaide

The Best Day Trips From Adelaide

While there’s no shortage of things to do in Adelaide itself, the city is also within driving distance of a number of attractions.  Whether it is food and wine, iconic landscapes or windblown beaches, you won't have any trouble finding a reason to head out of the city for a day or two of exploring.  Here are 10 suggestions worth getting in the car for: 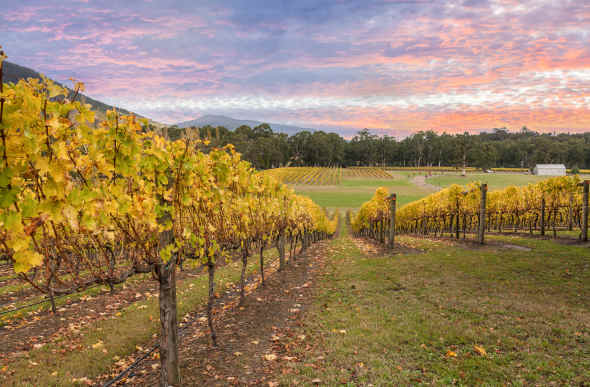 Rolling vineyards as far as the eye can see (image: Getty)

Synonymous with wine, the Barossa Valley is about 50km northeast of Adelaide and is home to more than 200 wineries, ranging from famous international brands to boutique labels with small outputs. There’s plenty of places to try a drop of the region’s output or even buy some bottles to take home, and on weekends a farmer’s market brings foodies to the region in search of the freshest produce.

This quaint town in the Adelaide Hills is just a short drive from the city but has a different atmosphere. Settled in 1839 by German and Polish immigrants, the town has retained their character and is well known for its traditional German-style buildings and restaurants serving German cuisine. There are also several churches in town. 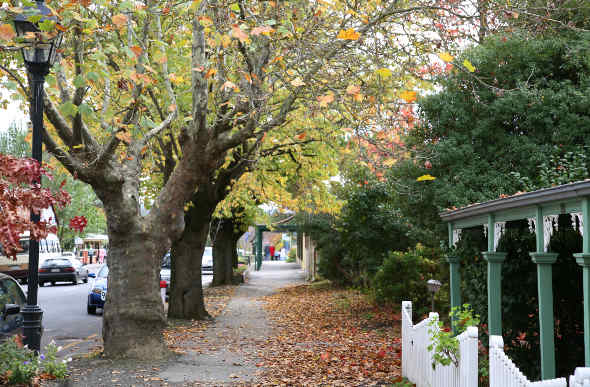 Also located on the Fleurieu Peninsula, this waterfall is located along a creek in a forest setting about an hour and a half’s drive from Adelaide. The waterfalls are accompanied by a picnic area and walking track, offering access to the upper falls as well. A popular place for a picnic, there are plenty of hiking opportunities in the area as well.

About an hour’s drive from Adelaide, the historic town of Mannum sits on the banks of the Murray River and has several heritage-listed buildings. Given its riverfront location fishing and watersports are popular activities in town. One of the highlights of the town for visitors is a restored paddle steamer, the PS Marion, which is berthed here and still offers periodic river cruises.

The magnificence of the Murray River (image: Getty)

Sitting outside Williamstown in the Barossa Valley, this wall is part of the Barossa Reservoir and was built between 1900 and 1903. While it does an admirable job of holding back vast quantities of water, the Whispering Wall is more famous for another trait – its design means sounds travels clearly across it, so people can literally talk clearly to each other despite being 140m away. Along with the acoustic marvel of the wall, there are also impressive views across the water, as well as a picnic area.

Located on the Fleurieu Peninsula, the popular holiday town of Victor Harbor is a laid-back place popular with families; the odd spelling isn’t a result of American influence, but a spelling error made early in the state’s history.  Besides the usual beachside resort appeal, Victor Harbor also has a horse-drawn tram which operates along a wooden causeway connecting the mainland to Granite Island, notable for being a nesting place for penguins.

At more than 1200km long it’s clearly not possible to finish in a day, but there are plenty of short hikes along the trail which runs from the Flinders Ranges to the north down to the tip of Fleurieu Peninsula. With scenery ranging from rugged gorges to ocean views, wineries to wildlife, it caters for both serious hikers and day trippers alike.

Australia’s third largest island, Kangaroo Island was the site of the first European settlement in South Australia is a popular getaway destination for the state’s residents. While many opt to spend a weekend there, it’s entirely possible to spend a day exploring the island, including as part of organised tours visiting seal colonies, enjoying the island’s views and seeing some of the local wildlife.

There are countless wineries in the region around Adelaide, catering to all tastes and palates with a vast array of award-winning drops. While many of the larger wineries are destinations in their own rights, several companies also offer tours of wineries in the region near Adelaide, giving visitors a chance to spend the day discovering the region, sampling its output, and maybe finding a new favourite tipple in the process.