Airline Sustainability: What Do They Do With All That Food?

Airline Sustainability: What Do They Do With All That Food?

Qantas, for instance, late last year signed on as an ongoing food donor to food rescue charity OzHarvest, following a one-year trial that resulted in 35 tonnes of food being redistributed to people in need. (Quarantine regulations prevent collection from international flights.)

Qantas and Food ‘ResQ’ volunteers at the airline’s catering centres in Sydney, Brisbane and Melbourne collect untouched food from domestic flights, which is picked up by OzHarvest vans and distributed to other charities.

Rescued food includes unopened items such as muesli bars, cereal, baked goods and water cups, as well as fruit like apples and bananas.

It’s delivered to more than 1,000 children each week, who would otherwise go to school with no breakfast or lunch. It is also sent to drought-affected farmers, indigenous communities, women’s refuge centres, street van programs, homeless people, youth centres, ESL schools and more.

Qantas Freight and Qantas Catering Group executive manager Alison Webster said: “Every kilogram of food that can be rescued from a Qantas flight saves perfectly edible food from ending up in landfill, which not only protects the environment but helps make a positive difference to the lives of those less fortunate.” 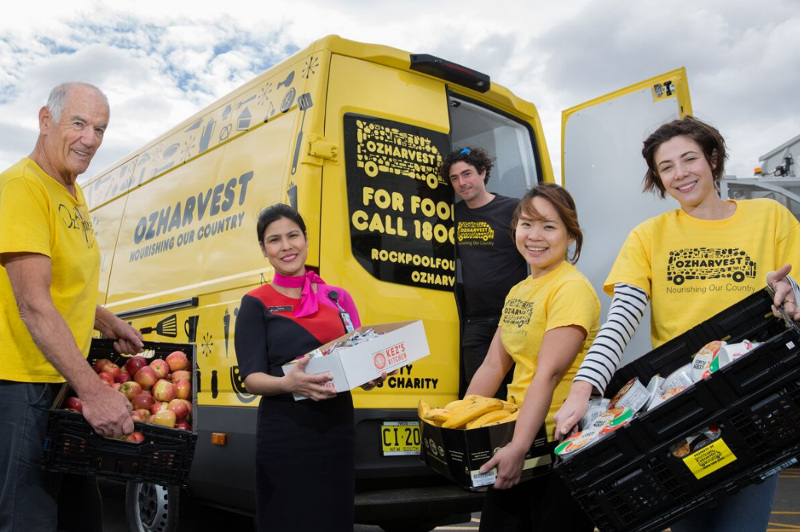 Qantas has teamed with OzHarvest to 'rescue' food from domestic flights. Image: OzHarvest

The airline says the Food ResQ program has already led to greater business efficiencies and cost savings within Qantas Catering.

As part of Qantas’s Future Planet environmental initiative, 10 beehives have been installed at the Mascot campus in Sydney. The resulting honey is served to Business and First Class passengers on international flights.

Virgin Australia, meanwhile, has formed a partnership with Sydney-based social enterprise Fungimental to collect used coffee grounds from the Virgin Australia Sydney lounge, and use them to grow oyster mushrooms, which are served in Business Class. 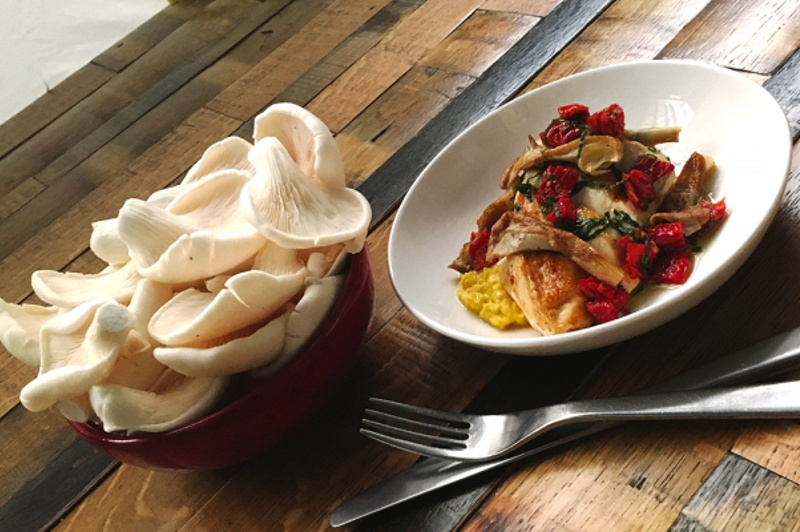 Coffee IS good for you! Virgin Australia reuses coffee grounds to grow mushrooms for your meals. Image: VA.

“The dish we’ve created with the oyster mushrooms really showcases the mushroom, which has a beautiful, robust flavour,” Mangan said.

“These mushrooms truly stand up to the culinary standard on board Virgin Australia flights.”

Fungimental founder Phillip White said most coffee waste went to landfill, “where it releases methane, which is 22 times worse for global warming than CO2”.

Virgin Australia, too, has partnered with OzHarvest, donating 126 tonnes of excess onboard food – the equivalent of 379,410 meals – in the 2016 financial year.

From Go to Woe

Across the ditch, Air New Zealand has an increasing focus on sustainable sourcing. Last year, the airline partnered with socially conscious start-up Eat My Lunch to cater for internal events. For every lunch ordered, the company provides a lunch to a child in need. 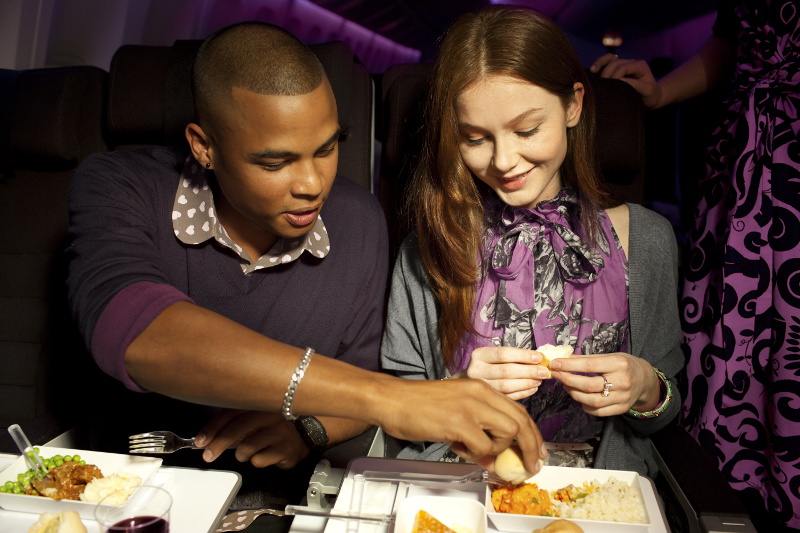 It has also collaborated with its inflight catering provider LSG Sky Chefs and the New Zealand Ministry for Primary Industries to develop an international inflight waste minimisation pilot program for galley waste.

The aim is to reintroduce unopened and non-perishable snacks, dry goods and sealed beverages into the supply chain, keeping it out of landfill.

Graduated High School In 2020? Here's 7 Gap Year Alternative Travel Adventures
5 February 2021
It is a truth universally acknowledged that an Aussie Grade 12 graduate not in want of diving into their first year of university, is usually in want
Read Time: 6.0 mins