How To Spend 48 Hours At Disneyland

How To Spend 48 Hours At Disneyland

Ride, eat, rest, repeat. This is the formula that will see you own your time at the Happiest Place on Earth. After a 14-hour day running on adrenaline and Mickey-shaped Rice Krispies, you're not going to be in good shape for another 24-hours of fun. And if you've got the kids in tow, you're REALLY going to be pushing it.

There are two secrets to success at Disneyland: the first is pace yourself, the second is be organised. Before you board that big jet plane, jump onto the Disneyland website, jot down any special early admission hours, make a couple of dining reservations and grab a 2-Day Park Hopper ticket. Got that? Okay Mouseketeers, let's do this.

For the sake of brevity, we're going to assume you're all checked-in and rested up in preparation of the 48 hours ahead. We're also going to work under the assumption that you're staying at one of the three Disney hotels because that just makes it a whole lot easier. 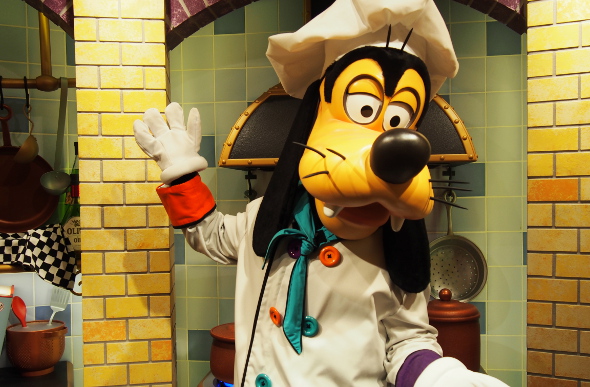 Get a little Goofy with a Character Breakfast (Image: Ashton Rigg)

Start the day with some quality one-on-one time with your favourite characters over breakfast at Goofy's Kitchen at the Disneyland Hotel (reservations are highly advised). In between bites of Mickey-shaped waffles and crispy American-style bacon, you can get your photo taken with Goofy and the gang as they do the rounds, table to table.

With a trusty ticket in your pocket (yes, they're still old-school paper tickets so keep them safe!), a pilgrimage to the original hub of happy, Disneyland Park, should be your first stop.

You can enjoy a five-minute stroll to the end of Downtown Disney and enter the park via the main gates, or jump on the monorail (almost a ride in its own right) and be whisked away to Tomorrowland. 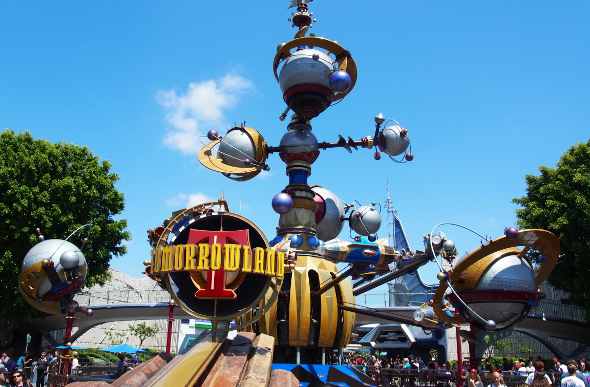 Welcome to the world of tomorrow! (Image: Ashton Rigg)

Step one is getting your bearings. Disneyland is made up of seven different 'worlds': Main Street USA, Tomorrowland, Fantasyland, Frontierland, Critter Country, New Orleans Square and Adventureland.

Scope the map and the list of attractions to plan your attack accordingly. For major attractions such as the Haunted Mansion, Indiana Jones Adventure and Splash Mountain, considering grabbing a FASTPASS* ticket as soon as you arrive, saving your spot in the queue for later in the day.

As lunchtime approaches, try to base yourself close to New Orleans Square. A G-rated Mint Julep and N'awlins-style salad laden with caramelised pecans from The French Market Restaurant comes highly recommended, but you can't go too wrong with food from this part of the park. There's no resisting that creamy chowder served in a crusty bread bowl. 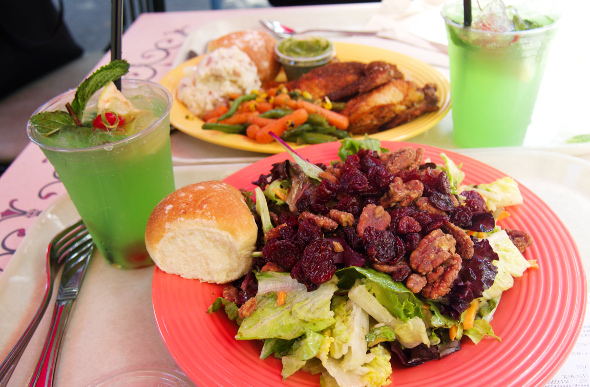 Then it's time to put those FASTPASS tickets to good use! Don't worry if you don't get it all done in a day. You'll be back... But for now, it's time to head back to your hotel for siesta.

Feeling refreshed? As dusk sets, take a wander down Downtown Disney for dinner. If you're after something easy, the Earl of Sandwich is quick, fresh and tasty. Something heartier? Ralph Brennan's Jazz Kitchen is always pumping, while Catal keeps things cool with modern tapas dishes (again, do try to book ahead).

With full bellies, head back to Disneyland in time for the evening's entertainment at 9pm. For Disneyland's 60th anniversary celebrations (May 2015–2016) the shiny, new Paint the Night parade has trumped the traditional Main Street Electrical Parade with plenty of Pixar favourites riding the illuminated floats. 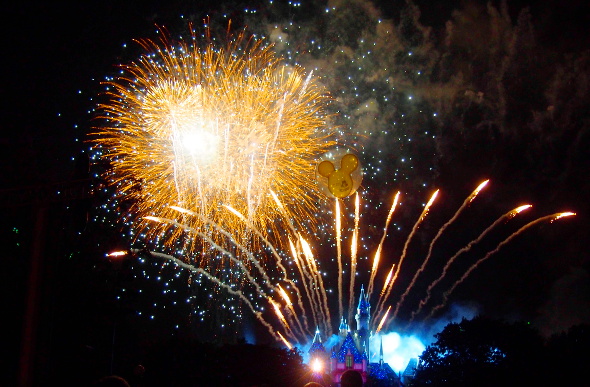 The night ends with a bang at Disneyland (Image: Ashton Rigg)

An extra sprinkling of Tinkerbell's pixie dust has also transformed the trademark fireworks display at 9.30pm into Disneyland Forever. The 15-minute night-time spectacular features a medley of songs from The Jungle Book, The Little Mermaid, Frozen and many more Disney classics, plus illuminations on the buildings for a total 360-degree experience.

It's totally worth staying up for.

Are there any Frozen fans in the house? If that's you, make sure to be at Hollywood Land at Disney California Adventure Park bright and early for Anna & Elsa's Royal Welcome. This is THE place to score a royal meet-and-greet, but you will definitely need a FASTPASS ticket or your chances of meeting the princess of Arendelle will have to be 'let go' (see what I did there?).

Grab a quick breakfast on your way into the park from Downtown Disney. La Brea Bakery Cafe does a mean brioche French toast and has plenty of hearty breakfast fare on the menu, not to mention stacks of gourmet pastries, while Starbucks is fail-safe and your best bet for 'proper' coffee (and also free Wi-Fi). 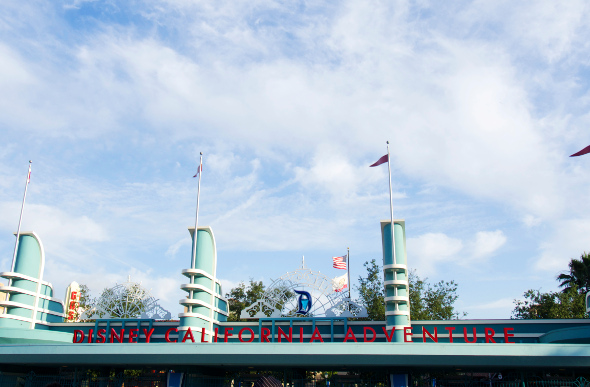 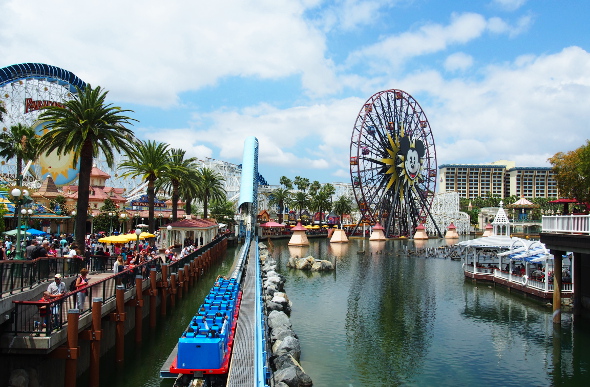 It's a scream at California Adventure (Image: Ashton Rigg)

If you're hearing blood-curdling screams from Hollywood Land, chances are they're coming from the Twilight Zone Tower of Terror – an 'elevator' ride that goes up and, of course, comes down again with gusto. For something a little lighter on the adrenalin, strap yourself into a scenic ride over some of California's most epic landscapes on Soarin' Over California.

The excitement continues! Wiggle your way to "a bug's land" and find out what it's really like to be a bug at the 3D show, It's Tough to be a Bug! Mind the cockroaches.

From here, venture on over to Paradise Pier for Toy Story Midway Mania! (arguably more fun for adults than it is for kids) and try your luck at the old-timey Games of the Boardwalk. 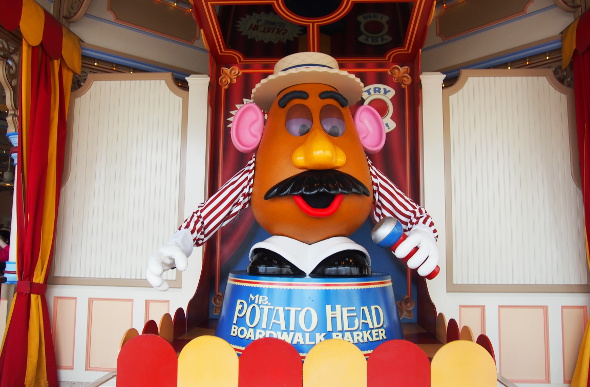 Finally, take a short stroll to Pacific Wharf for a Bakery Tour, hosted by Boudin Bakery, and dessert at the Ghirardelli Soda Fountain and Chocolate Shop for DIY ice cream sundaes and banana splits. You'll be glad you did the roller coaster early!

Last night's dinner was a bit of a casual affair, so tonight why not crank up the class and book a table at Napa Rose? The award-winning restaurant at Disney's Grand Californian Hotel & Spa showcases the flavours of California's Napa Valley.

I heard on the grapevine that all the waitstaff are dedicated sommeliers, so if you're wondering what to pair with pan-roasted duck confit or the herb-roasted lamb chop, you can feel safe in leaving it to the experts.

From Napa Rose it's an easy wander to Disney California Adventure Park (have you got déjà vu yet?) for the night-time spectacular, World of Color – Celebrate! The Wonderful World of Walt Disney. 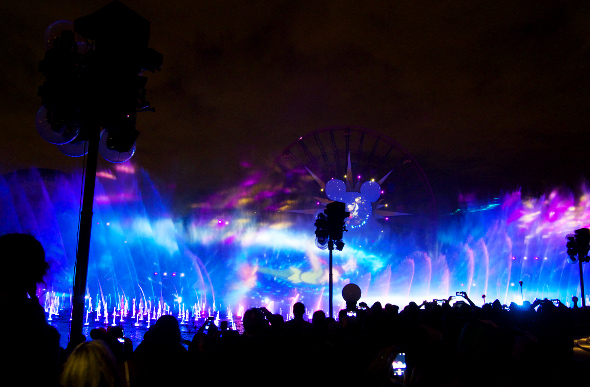 The talented duo of Neil Patrick Harris and Mickey Mouse himself lend their voices to narrating the 28-minute technicolour extravaganza, where 1,200 fountains spritz and dance water into the air to create a liquid 'screen' with incredible animations. It's hard to describe, which you will realise as soon as you see it for yourself.

And that's a wrap! That's a lot of Disney magic to absorb in two short days, but there's so much more to enjoy. Every visit to Disneyland brings something different. You can plan ahead or wing it, but the most important thing is simply being there in the moment. In the words of Walt himself: "You can design and create, and build the most wonderful place in the world, but it takes people to make the dream a reality."

*FASTPASS allows you to save your place in line at major Disneyland attractions. FASTPASS is currently an in-person only service available at the parks on a first-come-first-served basis. At select attractions you can enter your admission ticket and receive a ticket to return later and jump the queue. Tickets are only valid for the day of issue. 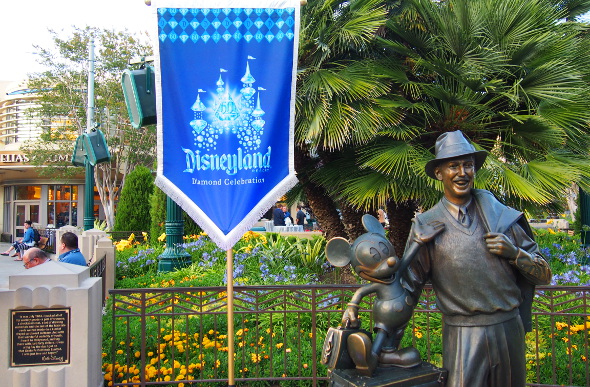 Visit your local Flight Centre store or call 131 600 for more advice and the latest deals on travelling to Disneyland.