While visitors to Italy make a beeline for its most famous ancient landmark of Pompeii, there’s a raft of other historic sites worthy of attention.

In fact, given that Italy has the highest concentration of ancient sites in the entire world, there’s more than enough archaeological gems to satisfy even the most hardcore of history-lovers.

Here’s our pick of the best.

Yes, the Pantheon is on the tourist trail for most visitors to Rome, but no round-up of ancient sites in Italy is complete without including this impressive gem given it’s the most well preserved Ancient Roman building in the entire world.

First commissioned by Roman general Marcus Agrippa in 27 BC, it burned down around 80 AD and was rebuilt by Emperor Domitian before again burning down after being struck by lightning 30 years later.

The emperor Hadrian rebuilt the present Pantheon around 126 AD and it is this structure that has endured over the centuries. 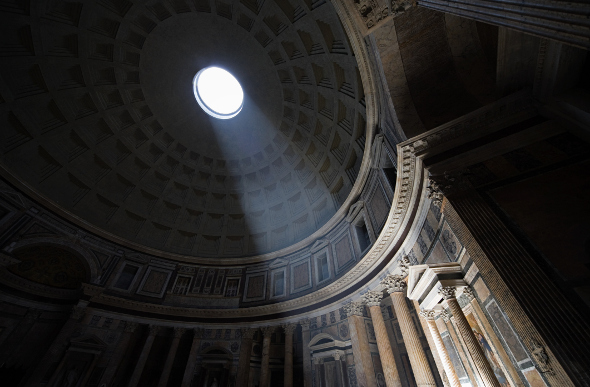 Standing an impressive 43 metres in height, the structure was a temple to the pagan gods of Ancient Rome before becoming a Catholic church in the 7th century, which is the reason behind its current remarkable state of preservation.

A feat of Roman engineering, the Pantheon is as impressive today as it was when it was built, particularly given that its dome still remains the largest unreinforced concrete dome in the world.

The open oculus at the top of the dome allows light to enter, but also rainwater. Look for the tiny holes in the marble flooring, which allow water to drain into the sewerage system. Roman ingenuity!

A short drive or 30-minute train ride from nearby Naples, Herculaneum is often overlooked in favour of nearby Pompeii.

While it’s admittedly on a much smaller scale, this wealthy Roman seaside town’s proximity to the Mount Vesuvius eruption (which also destroyed Pompeii) means that organic matter - such as boats, clothing, furniture and skeletons - are in a much better state of preservation. 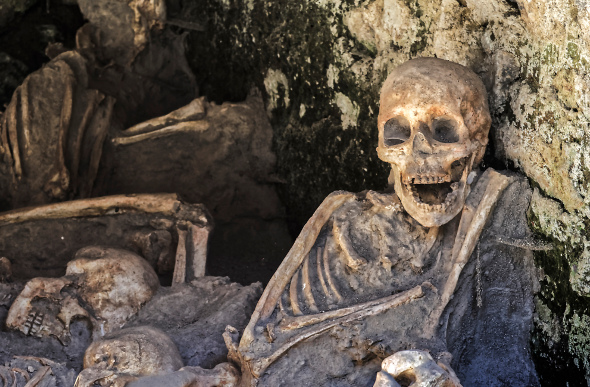 Rediscovered in 1709, amateur excavations were carried out intermittently before serious archaeological work began in 1927 – work which continues to this day. The town receives a tiny portion of visitors in comparison to its famous rival, and its layout and size make it far easier to navigate.

The jaw-dropping Casa di Nettuno ed Anfrite. Named after the vibrant glass paste mosaics studded with seashells depicting Neptune, this is one of the most impressive Roman wall decorations ever found.

While Italians go to Ostia Antica for its beaches, savvy visitors will disembark the commuter train from Rome early to get a glimpse of one of the country's most underrated ancient sites.

Though a modern suburb now, 2,000 years ago Ostia was Rome's seaport, a thriving commercial centre of more than 60,00 people. With the fall of the empire, the port was abandoned and over time silt from the harbour eventually buried the town, protecting it from the ravages of time. 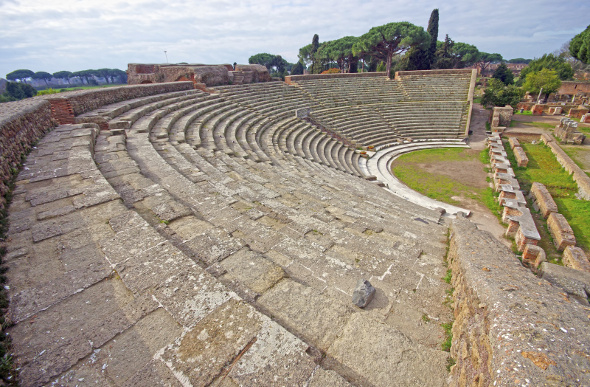 The vast amphitheatre from the time of Augustus. One of the oldest brick theatres in the world, its impressive acoustics mean it's still used for concerts today.

A small town with a big history, the ancient ruins at Paestum are among the only Greek ruins left on Italy’s mainland.

Founded in 600 BC by the Greeks, Paestum was one of the many Greek settlements in southern Italy until being conquered by the Romans in 273 BC. 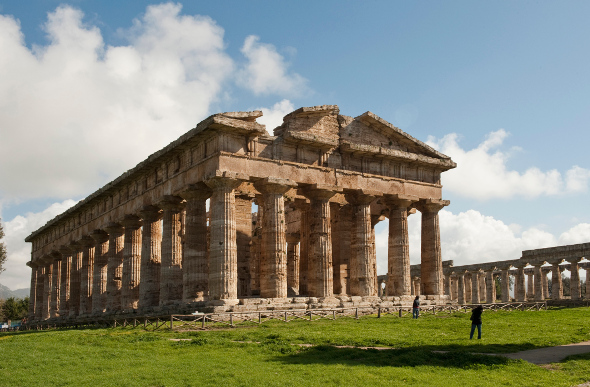 Though you can still see Roman architecture, the best-preserved structures are Greek. And while male gods dominated the pantheon elsewhere, at Paestum women definitely ruled the roost with all three of its major temples honouring goddesses.

Best of all, Paestum is well off the beaten path, which often means you have the place entirely to yourself.

The Temple of Hera II (possibly called the 'Temple of Neptune' in your guidebook due to an archaeological mix-up) is almost completely intact, making it one of the best-preserved ancient Greek temples anywhere.

Valley of the Temples

The area is a mass of Heritage-listed Doric temples, 800-year-old olive trees and Byzantine tombs. The scale here means that the bulk of this ancient city remains unexcavated. 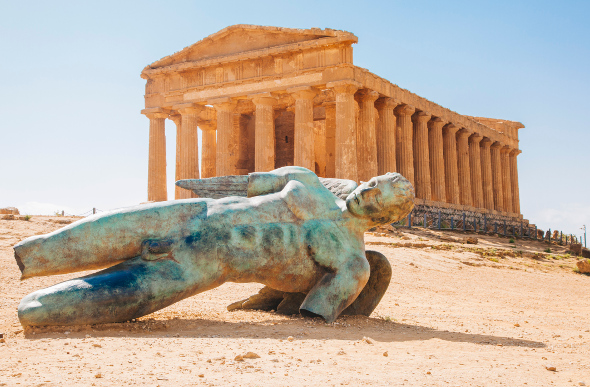 Split into eastern and western zones, time-poor visitors should focus on the former, which houses the most impressive temples.

The stunning Tempio della Concordia (‘Temple of Concord’). This remarkable structure has survived almost entirely intact since it was constructed in 430 BC. It’s one of several temples built atop a ridge that once served as a beacon for sailors.