Daunted by the prospect of a 15-hour journey, Air Canada’s Sydney to Vancouver flight passed with relative ease and comfort.

Vancouver is fast becoming a popular gateway for Australians travelling to North America, and with same-day connections to points throughout Canada and the United States, the airport makes for a convenient alternative to the bustling terminals south of the border – most notably Los Angeles and San Francisco.

Passengers continuing on to the US are met with US Customs and Immigration pre-clearance facilities, so you arrive at your destination without all the hassles of long processing queues. 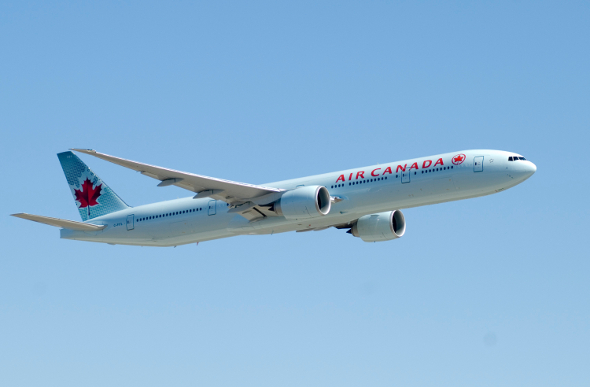 Starting my trip in Brisbane, my itinerary required a flight to Sydney to connect with the Air Canada service to Vancouver.

The domestic segment to Sydney was a codeshare flight with Qantas. The Qantas staff checked me in to my final destination of Winnipeg (via Sydney and Vancouver) and provided boarding passes for the entire journey.

My bags were also tagged to my final destination of Winnipeg, and within a few minutes I was checked-in and ready to make my way to the Brisbane gate for the first leg of a long journey.

On arrival at Sydney, I made my way to the Qantas international transfer gate inside the domestic terminal. Buses depart every 15 minutes to the international terminal, and lucky for me, I arrived just as one was boarding.

Passengers should allow a minimum connection time of two-three hours at Sydney due to the time it takes for transfers, check-in and immigration. Air Canada has a dedicated check-in desk at Sydney’s International Terminal and the airline requires all guests to be checked in for the flight at least 60 minutes before departure.

My seat assignment for this flight was 21D - a standard economy seat in the first section of Economy Class. All economy seats are equipped with personal in-flight entertainment screens in the seat-back.

Airlines seem to be continually reducing leg room in Economy, but the seat pitch on this Triple 7 was a welcome 32 inches (81 centimetres). I’m of average height, and while leg space wasn’t overly generous, neither was it terribly restrictive.

Seat width however did measure on the more generous side, giving me 18.5 inches (47 centimetres) of space.

Like Virgin Australia, Air Canada’s wider seat is made possible with a nine abreast layout in a 3 x 3 x 3 configuration. This makes for a more comfortable ride when compared to most other airlines who fit their long haul Boeing 777s with a 10 abreast 3 x 4 x 3 configuration. 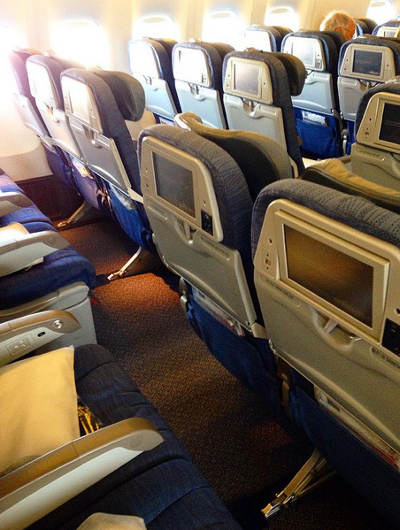 Air Canada's economy cabin onboard the 777-200LR between Sydney and Vancouver (Image: @tj747)

Each seat had an individual screen. The screens were on the smaller side and selecting the movie or trying to browse the entertainment options was difficult due to the size of the display.

The entertainment selection was average at best, with very few of the latest release movies on offer. Options included a mix of movies, TV shows, music and games.

The touch screen was difficult to use due to the old technology and most passengers seemed to be forcefully pushing the screen to make a selection. This made it frustrating and difficult to sleep with the passenger behind me constantly jarring my seat due to his pushing and pointedly tapping the screen embedded into my seat back. 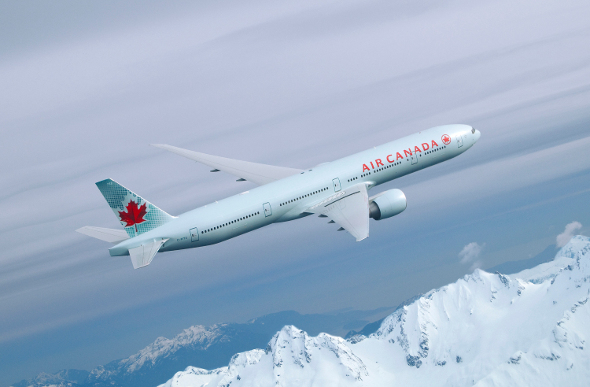 Tick the time box on a long journey. How To Pass The Time On A Long-Haul Flight

Some ideas to keep the kids calm. 10 Tips For A Calm Long-Haul Flight With Kids

The service was delivered efficiently by the senior crew. While stretching my legs at the back of the aircraft, I overheard one flight attendant say that the average seniority of the crew serving us was 20 years.

The meal service after take-off was as efficient as it can be although the food itself was disappointing. Drinks were served with the meal and a snack was offered mid-way through the flight.

When the snack was served the crew turned the cabin lights back on, waking up the entire cabin for the somewhat paltry service.

People seemed more interested in sleep at this stage and a few grumbles ensued. It could have been served to those awake while others rested.

Breakfast was served approximately two hours before arrival at Vancouver.

Overall the service was professional and friendly but periodic water runs could have been a little more frequent. But then again, it’s always good to get up and stretch the legs a bit, and flight attendants happily served me from the galley and were always ready for a chat. 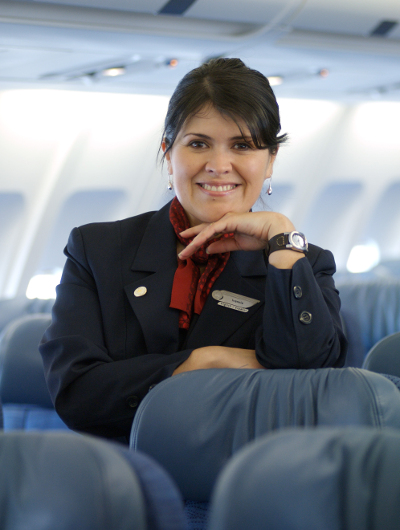 Unfortunately the meals on this particular flight let Air Canada down. The main meal served after take-off looked more like a frozen TV dinner with an alfoil top, small salad and dense, stale bread roll with a side of fruit.

It was not appetising or visually appealing and it certainly let the overall Economy product down.

The mid-flight snack was a chicken sandwich, which when served approximately eight hours into the flight had gone soggy in parts while dry in others with most passengers opting to skip the offering, even after being woken up.

The breakfast was a selection of scrambled eggs and sausage or pancakes with sweet fruit compote. Sadly, the pancake option was the only meal that I found remotely appetising and by this stage wished for a second helping.

I would recommend taking snacks and food onboard considering the length of the flight. My return flight in Economy was a similar experience.

In contrast to the international flight, the buy onboard menu options for domestic flights within Canada offered a great range of meals, sandwiches and snacks.

The cheese board and cubed Swiss cheese with crackers was fantastic and great value with all items reasonably priced. 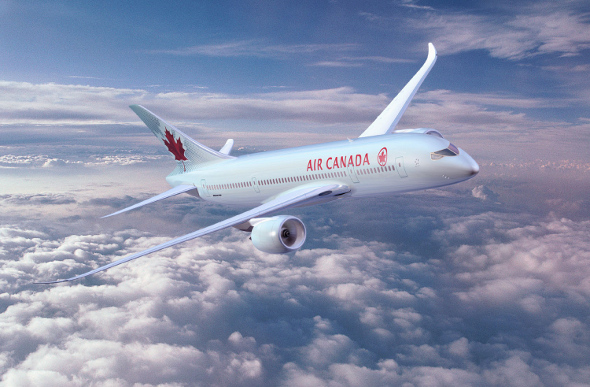 As far as a 15-hour journey in Economy goes, the flight overall was reasonably comfortable. The crew members were polite and service was speedy and friendly.

It's always difficult to get rest in an economy seat regardless of the carrier. The seat itself was one of the more comfortable I've travelled in though, and the extra shoulder width goes a long way.

Air Canada is expanding its Australian network with a new service between Vancouver and Brisbane, commencing June 2016. The carrier will use new Boeing 787 Dreamliner aircraft sporting new business class ‘Executive Pods’ plus the addition of Premium Economy to the cabin.

The new 787 service to Queensland will complement the daily Vancouver to Sydney Boeing 777 service.

From 17 May 2016, Air Canada will be using an upgraded B777-200LR aircraft cabin interior to match the B787 cabins to Brisbane. This will vastly improve the B777 product to Canada for Australians while offering higher levels of comfort.

Hopefully the food in Economy will also be on the upgrade list.

The writer travelled courtesy of Air Canada and Canada Tourism.