An Epic Ride For All

An Epic Ride For All

As passions go, for Graham 'Skroo' Turner mountain bike riding seems to be up there with family and travel.

The Flight Centre founder and CEO has cycled all over the world including from the Atlantic to the Mediterranean coast along France's Canal du Midi, and the Camino de Santiago in Spain.

However, it was a destination much closer to home that appealed most to his adventurous spirit, leading to the first Flight Centre Cycle Epic event from Toowoomba to Hidden Vale in 2003.

Now in its 12th year, Mr Turner recalled the Epic's origin, which eventuated from a 117-kilometre ride with mates from Withcott to Hidden Vale.

"[When] we started the first actual ride we had about 350 people. It started in Toowoomba and mainly went through the Bicentennial National Trail to Hidden Vale," he said. 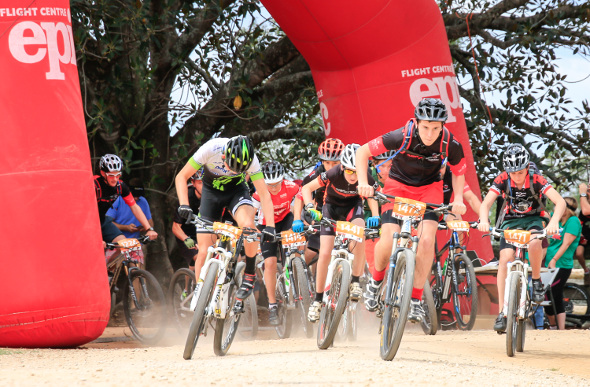 What began as an unknown journey for a few intrepid riders has evolved drastically, though not without a little intervention from Mother Nature.

"One of the highlights was the track along Ma Ma Creek. It was washed out in the 2011 floods, so it was just impassable," Mr Turner said.

The flood he referred to was the Queensland flood that ravaged regions in the state between December 2010 and January 2011, prompting one of Flight Centre's largest ever fundraising initiatives.

This natural disaster, along with logistics, saw the Epic veer away from its original point-to-point style.

"Changing from point-to-point to both leaving and returning to Hidden Vale has been a big change," Mr Turner said.

"We now have the family events on Saturday and the main events on Sunday, which are the 50-kilometre and the 87-kilometre mountain bike rides."

Other rides include the 20-kilometre Chaser, 11.5-kilometre Mini and the 4.2-kilometre Family, along with set trails and events for runners. 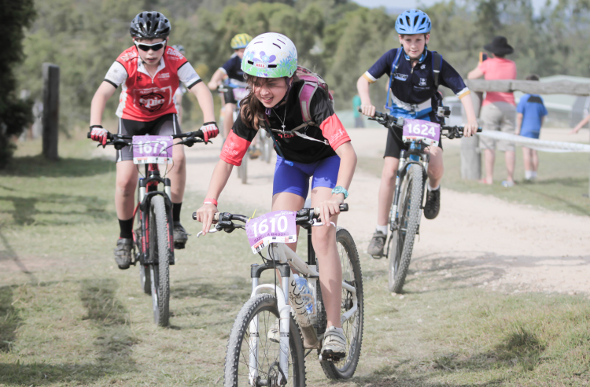 For Mr Turner, who rode to school "every day for eight years", the family day on Saturday is just as important as the big races when it comes to his vision of the Epic as a "family-fun weekend".

"The kids just love it. I think this year there are 300 kids in the races on Saturday.

"It's a community event. We want to make it a lot more family oriented and, particularly in the longer run, turn the shorter distances into more of an amateur ride, so young and new riders get the love of mountain biking in the bush."

Another drawcard for families is the campsite accommodation coupled with the convenient facilities and rooms at Spicers Hidden Vale, a luxury retreat built out of a historic Queenslander property.

"It's quite a nice campsite area - people can eat at the resort or they can bring their own food," Mr Turner said.

"The event starts at 7.30am, so quite a few people will drive out first thing in the morning. It's only an hour or so from Brisbane depending on where you live, so it's pretty convenient."

Want to attempt your own Camino? El Camino De Santiago: What Will You Uncover? 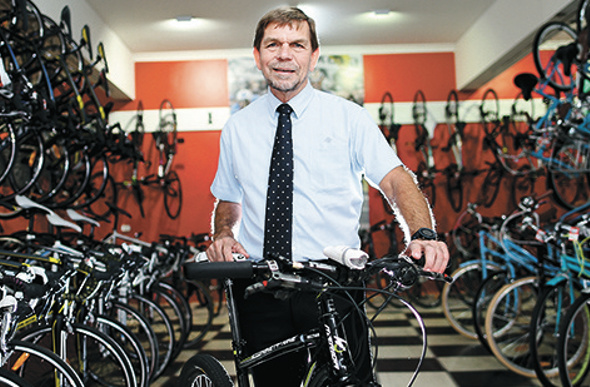 Mr Turner has loved cycling since he was a young boy

Although he refrained from calling the Epic a 'fundraiser', there's no denying the event's significant contributions to charity partners.

Along with donations to the State Emergency Service (SES), who volunteer over the weekend, the Epic has partnered with the PA Research Foundation, a Brisbane-based charity organisation working on cancer vaccines and other medical breakthroughs.

"People want to win it and they want to do well," he said.

"It's got a history now after 12 years. People know it's a good event and that it's well organised. It's really scenic country; it's in the bush and there are hardly any houses or anything else on the way.

"For some people it's very serious and it's about the time they do, but for most it's about finishing and the challenge ... and having a red wine afterwards."

As the Epic has changed, so too have Mr Turner's riding habits.

"About three or four years after it started we decided to do a bit of a triple ride, so some of us used to ride out from Brisbane to Hidden Vale on the Friday afternoon. On Saturday we'd ride to Toowoomba ... and then we'd ride down the main Epic, which everyone joined on the Sunday," he recalled.

"That stopped about five or six years ago. I don't know if we're getting old or unfit." 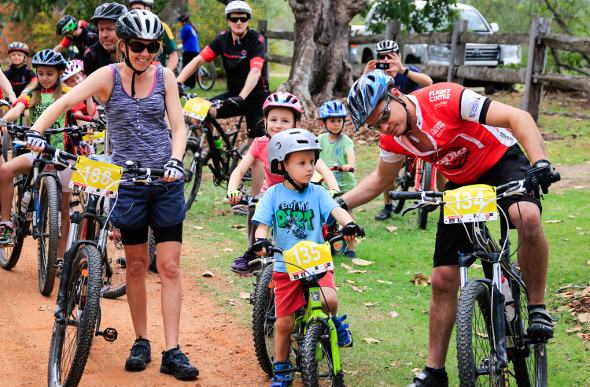 The future of the Epic is centred firmly around family, community and fun competition

There's no uncertainty for Mr Turner when it comes to the future of the Epic, which has grown from 350 participants to a couple of thousand.

There are plans for 100 kilometres of "specially-built mountain bike tracks" to be constructed on the Hidden Vale property next year.

"It's an hour out of Brisbane, it's hilly, it's forested and there's a lot of wildlife.

"The mountain bike park will certainly be the best in Australia if not one of the best in the world.

"We want to do really fun mountain biking. I think the Epic represents that.

"It's a fun event, it's a family event and it's growing every year. I think once we finish the mountain bike park it will be something that families will flock to."