Queensland by night is an alluring mix of heavenly beauty and intoxicating nightlife, delicious dining and exciting escapades. Step out after dark and see the Sunshine State in an entirely new light.

See the Brisbane skyline sparkle while gliding along the Brisbane River in an illuminated kayak. Then catch a show at the Queensland Performing Arts Centre at South Bank, or head further along the river to the Gallery of Modern Art to see live music among the exhibitions at its Up Late sessions. 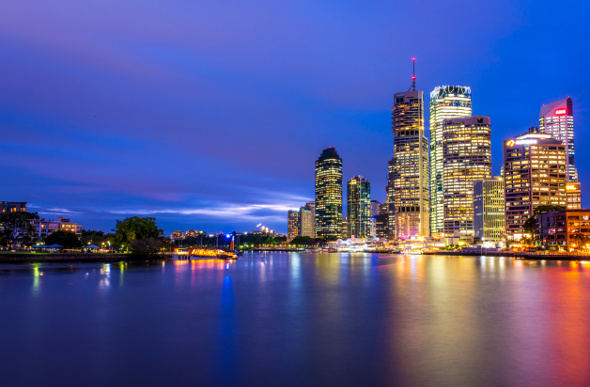 Sports fans can catch an evening rugby league match at Brisbane’s Suncorp Stadium (Broncos) and Townsville’s 1300 Smiles Stadium (Cowboys); not to mention basketball in Cairns (Taipans), as well as union, soccer, netball, tennis, cricket and more around the state.

For something a little different, head Outback to Winton’s 1918 Royal Open Air Theatre to catch a film under the flickering stars (the Vision Splendid Film Festival hits town from June 26 to July 4). But movies under the stars can be found all over the state, so grab your picnic rug.

For the more adventurous, grab your wetsuit and dive in to the night shift on the Great Barrier Reef. Colourful fish will follow your torchlight beam – reef sharks are attracted to the light, too – and you might spot sleeping parrotfish. If you’re very lucky, you just might see the annual coral spawning.

Chef-hatted restaurants abound so eat your way around the state, from Esquire in Brisbane, to Coast Restaurant & Bar on the Fraser Coast; room81 on the Gold Coast to A Touch of Salt in Townsville and qualia’s Long Pavilion in the Whitsundays. Get started on those dinner reservations. 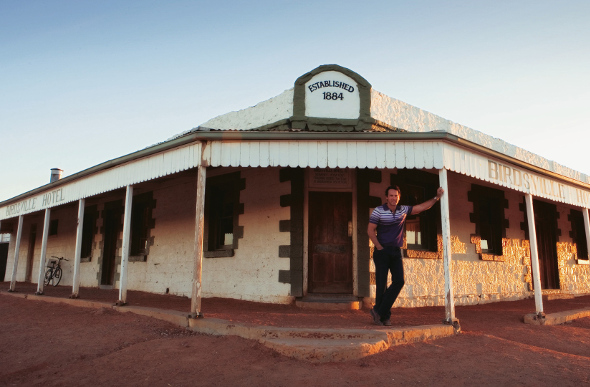 Or frequent the foodie markets and food truck gatherings as evening falls. Brisbane’s Eat Street Markets tempt the tastebuds with gourmet fare. The Cairns Night Markets have Po boys and gelati amid the pearls and opals. Meanwhile, find dinner delights from food trucks like ChipTease in Brisbane; or The Wiener Haus on the Gold Coast.

Queensland is awash with watering holes and there’s a tipple to suit all tastes. Hit Brisbane for rooftop bars, beats and live music; Surfers Paradise for Glitter Strip glamour and clubs; the Sunshine Coast for chic wine bars by the beach; the Outback for the archetypal Aussie pub experience; and the Whitsundays for cocktails with a view.

Look To The Skies

Sunrise, sunset, stargazing – if you do nothing else with your evening, look up. The skies over Queensland are endlessly beautiful. Try a sunset sail in the Whitsundays, or sundowners on Hamilton Island. Watch the Tangalooma Wrecks form dark silhouettes on Moreton Island, or see Longreach set the Outback on fire as the sun goes down. 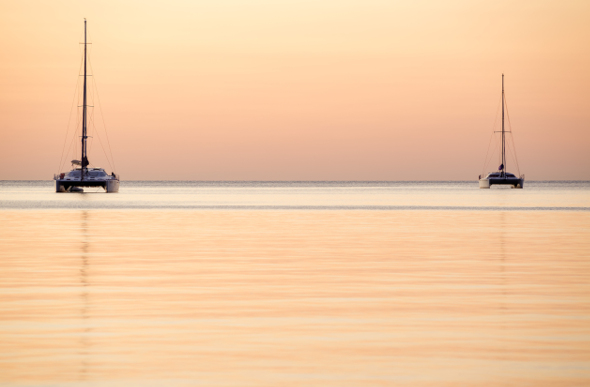 Sail off into the sunset in the Whitsundays. Picture: Getty Images

Stargazers can search for shooting stars over the valley in the Scenic Rim, or gaze at Lake Eacham on the Atherton Tableland in the Tropical North to see the night sky reflected in its inky surface. For a more scientific view, visit Charleville’s Cosmos Centre and Observatory to see the Milky Way through powerful Meade telescopes. And be mesmerised by the clarity of the skies at Kingaroy Observatory.

If you stay awake to sun-up, the hot air balloons at Mt Tamborine are a perfect complement to nature’s morning show; as are the kangaroos on the beach at Cape Hillsborough near Mackay. And a turtle hatchling might even grace the dawn at Mon Repos near Bundaberg.