It's time to hop across the pond to the magical South Island of New Zealand! In this episode, travel consultant Greer Gardiner has 48 hours to explore the vibrant city of Christchurch! Local expert and fellow travel consultant Jamie Taylor has an awesome itinerary planned to show Greer both the artistic flair and culinary creativity of the city, as well as the natural beauty and activities that beckon beyond.

It’s mid-morning and Greer has landed in Christchurch after flying direct across the Tasman to New Zealand’s South Island. Her fellow Flight Centre consultant, and New Zealand local, Jamie is here to show her around. With no time to waste in their 48 hour itinerary, they hop straight aboard one of Christchurch’s iconic trams! A 50-minute circuit around the city centre, the tram is the ideal way to get an overview of the city when they first arrive.

Jamie wants to give Greer an overview of Christchurch and how the city has changed in recent years, so they meet with Pete Matthews, a landscape architect with Otakaro, a firm in Christchurch responsible for much of the city’s redevelopment after the earthquakes of 2010 and 2011.

Pete shows the girls the Canterbury Earthquake Memorial on the banks of the Avon River, and the fascinating Christchurch Transitional Cathedral, better known as the Cardboard Cathedral for its structure that’s made from 90 cardboard tubes. They also take a look at some of the magnificent street murals dotted around the city.

Next up Jamie introduces Greer to Coralie, co-founder of Gap Filler, an organisation that started after the earthquakes with the mission to bring interactive and fun projects to newly opened up spaces in the city. Greer and Jamie try their hand at playing Super Street Arcade, a giant video game, and putt putt golf at City Putt and Cruise.

Jamie tells Greer she is taking her to one of her favourite restaurants in town, Inati. Chef Simon Levy, who was previously Head Chef at Gordon Ramsay’s The Warrington in London, is renowned for his locavore approach to delicious modern New Zealand cuisine.

The small restaurant is designed with bench seating hugging the kitchen, so diners are encouraged to interact with the chefs while they create the dishes. Over lunch, Chef Simon tells the girls about his food philosophy and the different dishes they’re tasting. It’s quite the sociable, interactive experience!

Now that their tummies are full, it’s time for some science! The girls head to the International Antarctic Centre, located just next to Christchurch Airport. Known for its interactive, authentic exhibits, the centre provides an exciting experience of Antarctica, because Christchurch is, of course, one of the few ports from which scientists depart to work on the continent.

The girls get to experience an Antarctic storm, meet huskies from Huskie Rescue New Zealand, and ride in a huggeland – an Antarctic vehicle!

Jamie wants to introduce Greer to her Maori heritage, so they’ve come to Ko Tane cultural show at Willowbank Wildlife Reserve. The Kapahaka performance is an expression of song and dance that displays traditional dance movements, including the haka, poi dances, stick games and weapon displays. Not one to shy away from the action, Greer jumps up there with Jamie to have a go at learning some of the moves!

The girls aren’t quite ready for bed just yet, so to keep the musical theme going, they head back into town to the city’s premiere jazz club, Fat Eddies. With music seven nights a week, this venue is a fun place to end the evening.

7am – Breakfast at C1 Espresso

Jamie has Greer setting her alarm bright and early as today is another full day exploring the Christchurch region. Their first stop is one of Christchurch’s best breakfast spots, C1 Espresso. Greer goes for the porridge and Jamie an omelette, before it’s time to hit the road to Akaroa, an hour and a half drive south.

After the picturesque drive down the Banks Peninsula, through rolling green hills and farmland, the girls arrive in the quaint port town of Akaroa. This is an interesting place with a certain je ne sais quoi – and that’s because it was settled by the French and British at the same time! In the 1800’s, the British colonised New Zealand, but because of the high population of French in Akaroa, it retained much of the French flair its known for today.

Jamie didn’t bring Greer to Akaroa just to stroll the streets however, they’re here for a wildlife cruise! It’s time to meet Julian, their guide with Black Cat Cruises! Voted the number one wildlife activity in New Zealand, Black Cat’s nature cruise is an absolute highlight of a Christchurch stay. Cruising along the picturesque Akaroa Harbour, the girls spot baby fur seals, birds and even a huge pod of Hector’s Dolphins, the world’s smallest dolphin. Julian also points out some of the features of the volcanic landscape and history of the area.

New Zealand is renowned for its excellent wines, however Christchurch isn’t always the first destination known for this. Pegasus Bay vineyard is one of the premier wineries in the Christchurch region, so Jamie has brought Greer here to show her what the local wines are all about.

The girls meet Mike, one of the four brothers who run Pegasus Bay with their parents. Mike shows the girls the winemaking process and guides them through a tasting – cheers!

The girls head further north to the alpine town of Hanmer Springs. One of the greatest attractions of the picturesque region is the thermal pools. New Zealand’s geothermal activity is renown the world over, and one of the main benefits is its therapeutic properties. The girls explore the thermal springs and spa, moving between the sulphuric pools and spas, each designed for a different type of relaxation.

This evening the girls are staying at Heritage Hotel Hanmer Springs, a beautiful historic property in the heart of town. The building dates back to 1932!

For dinner this evening the girls head to Isobel’s the onsite restaurant at Heritage Hotel. In a period dining room, the restaurant has a focus on seasonal ingredients and gourmet meals. The girls enjoy a delicious hearty dinner, and a drink in front of the fire before turning in for the night.

7am – Sunrise walk at Heritage Hotel

Greer and Jamie rise bright and early so they can make the most of their final day. They grab a hot cup of coffee from Isobel’s Restaurant and head out into the crisp morning air for a stroll through the picturesque gardens of the Heritage Hotel.

The final activity Jamie has organised is a little bit physical before they part ways and the 48 hours is over. Conical Hill overlooks Hanmer Springs town, so the girls hit the trail to the top for a look over the beautiful mountains. It’s here that they reflect on their time exploring the Christchurch region together,

CHRISTCHURCH DEALS AS SEEN ON TV 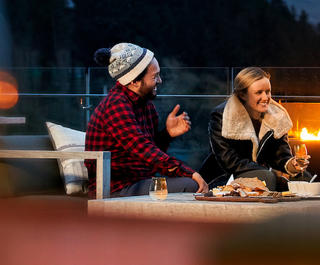 New Zealand’s Best Winter Activities, Bars & Restaurants For Your Next Ski Holiday
18 February 2020
Are you keen for some winter fun? Just across the ditch, New Zealand is the ultimate destination for snow sports, whether you’re a first-time-seeing-
Read Time: 4.5 mins
New Zealand 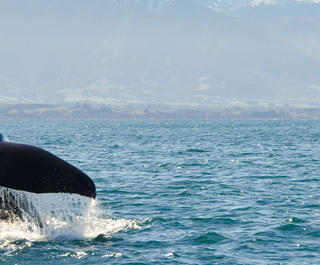 5 Reasons To Explore Beyond Christchurch
5 October 2018
As a major gateway to the South Island, Christchurch airport has daily flights direct from all major Australian hubs. While the city is emerging as a
Read Time: 4.0 mins
New Zealand 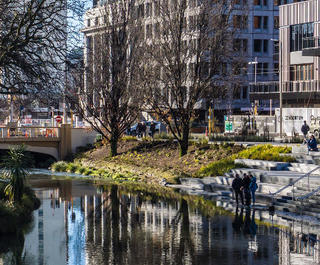 Christchurch: New Zealand’s New Culture Capital?
19 September 2018
Wellington has long been lauded as a cultural hot bed for New Zealand, renown not only for its museums and galleries, but for a food scene to rival
Read Time: 6.0 mins
New Zealand

Where To Find Quintessentially Kiwi Ski Resorts
4 April 2017
The Australians that gather in their tens of thousands round Queenstown each snow season might well think skiing in New Zealand is all about riding
Read Time: 5.2 mins