Remember the haunted house at your local fair with spooky ghouls popping out from hidden crevices? It's all grown up now and it has learned how to scare people properly, how to literally make them scream for everything to stop.

The game has changed. The following haunted houses will leave you shaking, bloody and whimpering for help.

The Beast wants you to get lost, especially in its forest room where you attempt to navigate your way through dense trees and fog, all the while being chased by werewolves.

Following this, you're sent into a house of elaborate torture scenes that threaten to drag you into the action if you don't move quick enough. Just don't make a wrong turn. 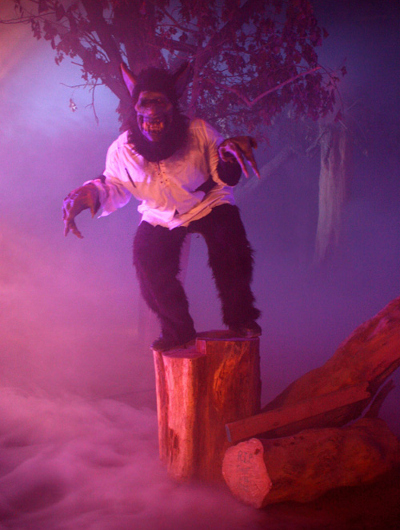 Watch out for the werewolves in The Beast (image: The Beast)

"I can handle anything scary so long as I'm with other people," you say. This safety-in-numbers mentality is completely destroyed by the Blackout experience. The roaming horror house only allows one person at a time, leaving you alone with psychotic monsters whose orders you must obey.

Be prepared to get wrapped in plastic, dragged across rooms blindfolded and forced to dig through substances that smell worse than they feel. 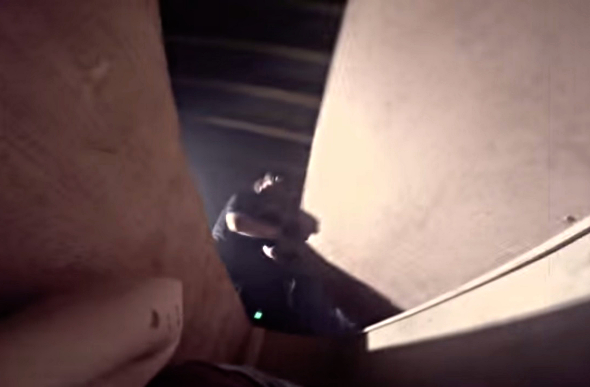 This is arguably the most extreme haunted house you can find at the moment, sparking debates over the thin line between extreme haunts and 'legal torture'. McKamey Manor is nightmarish, putting you through insane torment including being trapped in a coffin, ridden around like a pony, chased by chainsaw wielding madmen and being forced to eat disgusting things.

To make it through the manor you'll need to survive between four to seven hours of cruel punishment. Two people enter at a time, signing a waiver and accepting terms that include no backing out once you step through the first door.

Have you ever had that dream where something frightening is chasing you and you just can't seem to outrun it? Ruby Falls is a similar experience. You're chased underground by hideous mutants as they seek to kill anyone who steps inside.

Similar to the films The Descent or The Hills Have Eyes, Ruby Falls offers one way in and one way out with a damn lot of screams and heart-pounding moments 60 metres under the earth. You better hope those cavern lights don't go out. 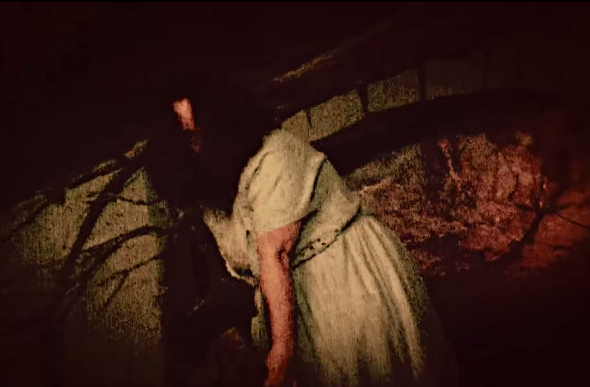 The mutants know the caverns better than you (image: Ruby Falls - YouTube)

No selfies allowed. Selfie Etiquette - How To Not Be 'That' Tourist

Need a distraction now? 12 Travel Photos That Will Make You Weep For A First-Class Upgrade

Although Scarehouse may be the name of this haunted attraction, it's one particular experience that has brought it international fame: The Basement. You know when you have to sign a waiver to enter, you're in for a night that will leave your pants more than a little wet.

According to the official website, a night in The Basement includes exposure to electricity, violent situations, times of complete darkness and some seriously disturbing scares. The voices you hear and things you see will remain in your head long after you make it outside. 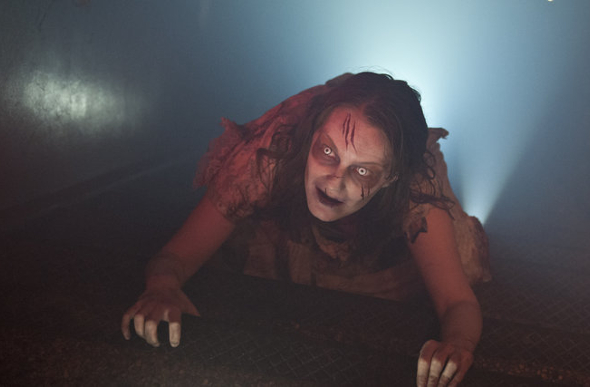 If you knew what was waiting in The Basement, you wouldn't want to enter (image: ScareHouse)

Cornfields are inherently scary. Those five-metre tall cornstalks make it impossible to see and create a suffocating effect, especially when you're being chased by a zombie or murderous clown.

Haunted Field of Screams places you in the middle of this paralysing environment, along with every ghastly horror character a twisted mind could conceive. Will you make it through or be sent screaming out one of the emergency exits?

Most of the haunted houses on this list have been spawned from the creative minds of evil geniuses. The Dent Schoolhouse on the other hand was already a frightening place before it became a haunted attraction. Once an actual school, Dent was closed down after the bodies of missing students were found in the basement. The suspect, the Janitor, was never found.

The level of detail and authentic acting brings a new level of creepiness this place really didn't need. If you're willing to brave this actual murder scene, you'll be pleased to know a hellish recreation of the Janitor will be waiting for you. 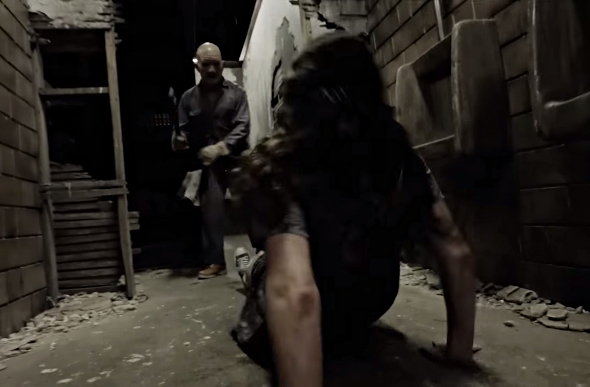 8. The Trilogy Of Terror

Don't stroll too far from the Vegas Strip unless you want to find yourself in the middle of the Freakling Bros' The Trilogy of Terror. Step under the big top to confront the Circus of Horrors where you'll have to survive encounters with grotesque freaks, monsters and evil sharp-toothed clowns.

That's child's play compared to the R-rated Gates of Hell. You're not in Nevada anymore Toto; this here is the Devil's world – an intense and claustrophobic interactive horror experience that makes you face the reality of your own death and the inevitable fall to Hell. 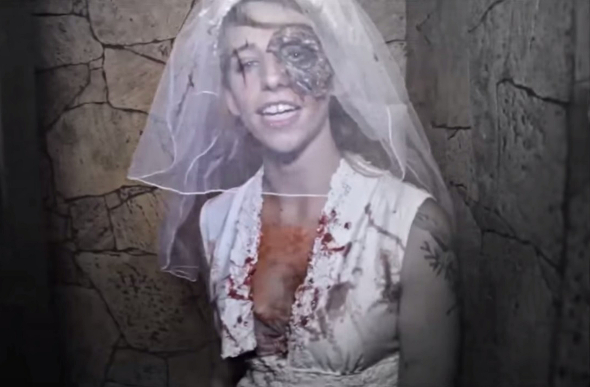