After the last snows of winter have melted, spring heralds the start of the famous cherry blossom (sakura) season in Japan. Trees paint the country a glorious pink, beginning with Okinawa in the far south in February, through to northern Hokkaido in May.

The season in Tokyo is short-lived, with the first blossoms appearing in the last days of March, before erupting into full bloom in the first week of April. Luckily, my magical 13-day Discover Japan tour with JTB Tours starts in the capital city at just the right time. 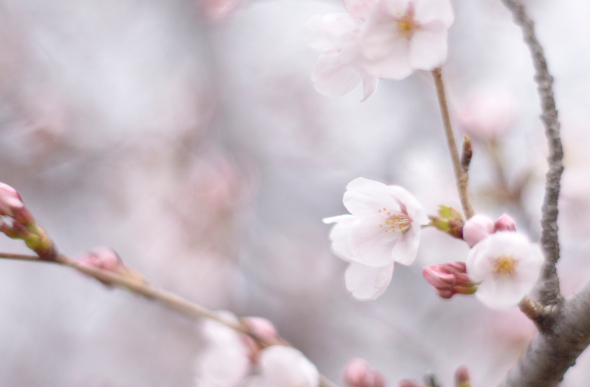 Tokyo is famous the world over as a hyper-modern metropolis, but it also has a wealth of green spaces where people take time out from the hustle and bustle.

We wander around Shinjuku Gyoen, one of Tokyo’s largest parks, and enjoy the expanse of cherry trees. The sprawling park is home to over 1,000 early- and late-blooming varieties, meaning the sakura season here lasts longer than anywhere else in the city.

Across the city, in the gardens of Happo-en, we participate in a traditional tea ceremony in a historic teahouse surrounded by a blanket of colourful blooms.

From here we cruise down the Sumida River as groups of families and workers enjoy cherry blossom-viewing parties called ‘hanami’ along its banks. Come dusk, lanterns are hung in the trees, turning the canopy a glowing pink.

I quickly learn not all cherry trees are alike. There are more than 100 varieties in Japan, most of which produce light pink to white blossoms, but some have dark pink, yellow or even green blossoms, and the colour may change while they are in bloom. One site can look completely different from another, making cherry blossom viewing all the more thrilling. 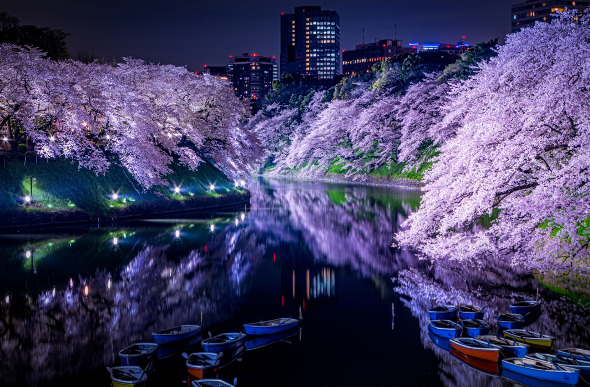 At this time of year, almost all products seem to embrace sakura, with blossom-flavoured snacks and drinks, including sakura chocolate, ice-cream, beer and McDonald’s fries on offer. Starbucks even makes a sakura-strawberry-flavoured latte!

The taste is hard to describe. The sweet treats taste like a cherry-plum-strawberry combo, while the blossoms, which are preserved in salt, can taste quite tangy when used in tea.

Next, we head over to Mt Fuji. “Fuji-san is very shy,” says our guide as we make our way to the country’s tallest peak, about an hour out of Tokyo.

She’s referring to the fact that Japan’s national icon is often obscured by low cloud or haze. But today, for an hour or so, we see her in all her majestic glory.

We drive up to the fifth station of the mountain, which at 2,300 metres has commanding views of the Fuji Five Lakes below. It’s rather crowded, as everyone jostles to get the best photos of the mountain’s perfect cone before she disappears again behind her misty veil. 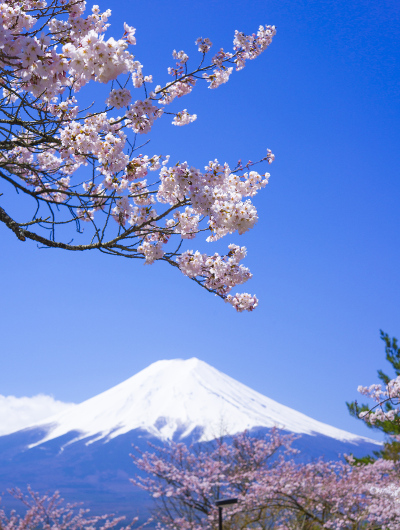 Between the shops, a red torii gate leads to the Shinto Komitake Shrine, where I light a stick of incense to pay my respects to the mountain spirits.

After getting up close and personal with Fuji, we board the shinkansen (bullet train) for Takayama. The old town has been beautifully preserved with many wooden houses and sake breweries dating back to the Edo period (1603–1868). It’s still snowing, so it’s the perfect time to warm up in the traditional onsen (hot spring bath) before dinner.

It’s then on and up to the spectacular Kenroku-en in Kanazawa, touted as one of Japan’s three most beautiful gardens and widely considered to be the best of the three. Kenroku-en has about 20 different varieties of cherry tree, and when they bloom the whole garden is illuminated, creating a stunning effect.

Our sakura tour doesn’t stop there. Nearly every Japanese castle is surrounded by cherry trees, and more than 4,000 are planted on the grounds of Osaka Castle, the delicate blooms forming a breathtaking expanse of pink. The top of the castle offers pretty views across the city and of the cherry trees blooming along the river.

My journey comes to an end in the beautiful ancient heart of the country. Wandering the Philosopher’s Walk in the former imperial city of Kyoto, lined all the way with stunning cherry trees, I take a moment to contemplate the beauty reflected in the still waters. 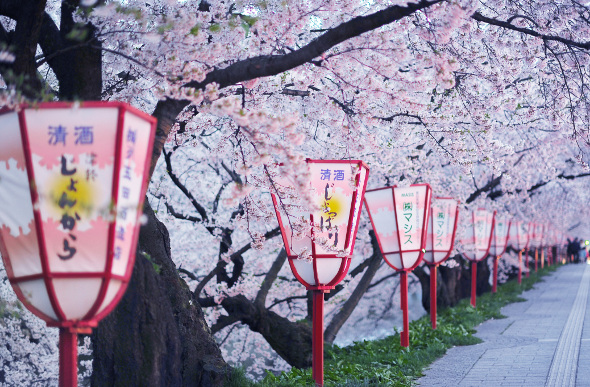 Philosopher's Walk in Kyoto in the springtime (Image: Getty)

Many Japanese people believe the blooming of the trees symbolises the transience of life, an annual reminder that time is precious.

If, during your time in Japan, you’re lucky enough to witness one of Mother Nature’s most exquisite performances by catching even a glimpse of these flowering splendours, your adventure will be fondly remembered for years to come.

While spring is the most popular time to visit Japan, the country has something special to offer at any time of the year.

Japan’s colourful autumn foliage draws almost as many visitors as the cherry blossoms do in spring. As the weather cools in October and November, the landscape transforms into a dramatic palette of reds, oranges, yellows and greens as leaves change colour. 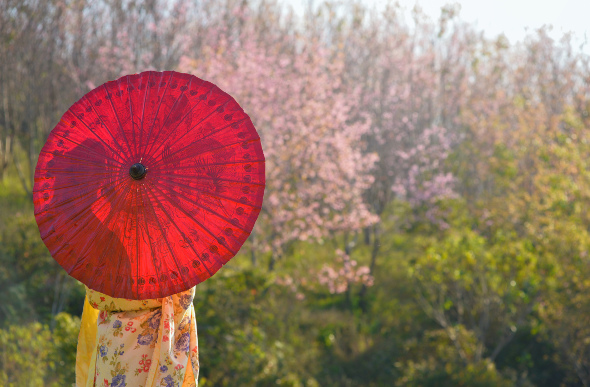 The snows of winter are eagerly awaited by skiers and snowboarders, who fill popular resorts such as Hakuba in Nagano, where the 1998 Winter Olympics was held.

The Sapporo Snow Festival in Hokkaido every February attracts thousands of visitors from both Japan and overseas, while Mt Fuji can be seen at its majestic best in the clear air of winter.

It’s the season of fireworks in Japan come the warmer months. Almost every night, communities around the country stage lively firework displays and light up the night skies.