Brisbane Launches NEXT Generation Of Hotels

Brisbane Launches NEXT Generation Of Hotels

You've just landed in Brisbane and been given the all-clear to use your mobile phone. You jump onto the NEXT Hotel app, check-in, choose your room and order a bottle of bubbly for your arrival (because why not?). You make your way to the heart of the bustling Queen Street Mall, pass through the glass doors and head straight to your room, leaving the check-in queue in your wake.

You reach your room, tap your phone and cross the threshold. With phone still in-hand, you check the local weather, drop the temperature a touch and adjust the lighting just-so. You gaze out the window and spy South Bank, peer down below to the pool terrace, and watch the comings and goings of the mall from your lofty new vantage point.

Welcome to NEXT Hotel – the first of its kind not just in Brisbane or Australia, but anywhere in the world. 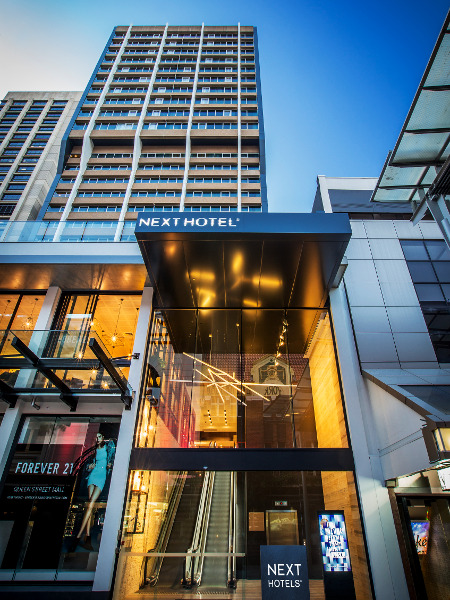 NEXT Hotel Brisbane and neighbour Forever 21

"You might have been asking yourself 'what is the next big thing for Brisbane?' and you are here," says Brisbane's Lord Mayor Graham Quirk.

Stepping into the shoes of former landmark hotel the Chifley at Lennons, the ultramodern NEXT hotel threw open its doors in late September and officially cut the ribbon yesterday, October 14.

"It's so exciting to see this site once again undergo a transformation – a modern redesign like no other with leading-edge technology to create its own slice of Brisbane's hotel history," says Minister for Tourism Jann Stuckey.

Along with upping the ante from around 150 rooms to 304 (no, they haven't cut the rooms down to size – the top 10 levels were previously office space), NEXT also boasts a Club Lounge and Transit Zone with futuristic sleep and shower pods for guests with early arrivals or late departures.

NEXT is the flagship brand of SilverNeedle Hospitality. While the name might not ring any bells, the Singapore-based company already runs 63 hotels across Australia and Asia including the Chifley and Sage chains. 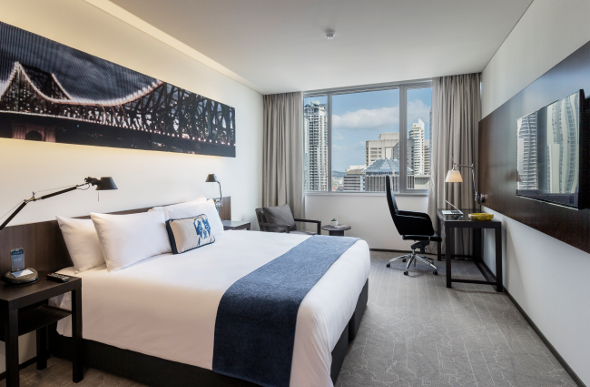 Technology is king at NEXT Hotel. Your SmartPhone becomes your room key and in-room control centre with the help of an app downloadable on iPhones and Androids. For time-poor, forward-thinking, new-age travellers, this kind of innovation is welcome news.

Designed to 'make your time count', the NEXT app gives you the freedom to control your surroundings as much or as little as you like – from air-conditioning and ordering food and drinks to setting your 'Do Not Disturb' sign. The power is quite literally in your hands.

Each room comes with a Samsung Galaxy S4 mobile phone, yours to use for the duration of your stay, which is loaded up with recommendations of places to eat, drink, shop and play in Brisbane, and also allows you to make free local and cheap international phone calls.

NEXT Hotel is largely aimed at the modern business traveller, but will undoubtedly strike a chord with early adopters of new technology and Gen Y visitors to the River City.

For those who maybe aren't so tech-savvy, fear not. You can still check-in the old-fashioned way at reception (or 'meet and greet' as NEXT like to call it), and enjoy the use of a superb concierge service.

All of the traditional bits-and-bobs of a 4.5-star hotel are still there, with an extra layer of technology for those who are keen to embrace it. 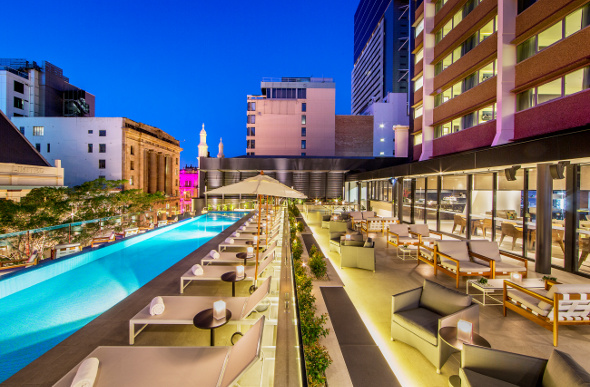 Free Wi-Fi is a given, but guests also receive four complimentary items from the mini-bar each day, including Asahi beer and Red Rock Deli chips - a prospect that delighted even the Lord Mayor and Minister Stuckey!

The focus at the on-site Lennons Restaurant & Bar is on quick food – not to be confused with fast food – from business breakfasts to power lunches and networking cocktails, fresh from the grill, wok or wood-fired oven. Even while you're out enjoying the city on the advice of your Galaxy S4, you can order something delicious for your return.

Executive Chef Todd Adams, previously of Brisbane's finest dining destinations EPICURE , Stokehouse, Urbane and the Euro, has created a menu of 'comfort food with a gourmet twist', which SilverNeedle Hospitality Managing Director Iqbal Jumabhoy says will have him hitting the gym for the next few weeks.

For Brisbane locals, Lennons Pool Terrace & Bar is set to become the place to be on a Friday evening this summer, hosting a weekly Latin American-inspired get-together called, what else, Pooltino. 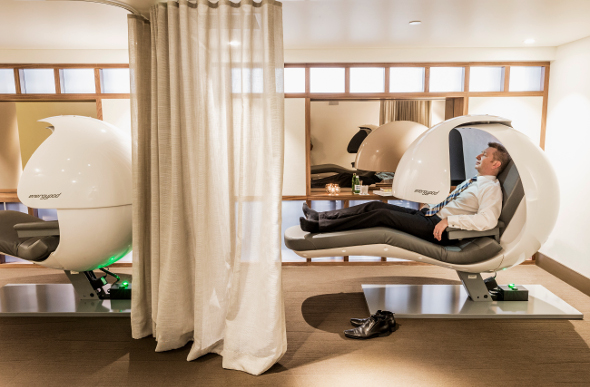 The NEXT Phase of History

The location of NEXT has been a hotel for more than 100 years, boasting a guest-list of famous names including The Beatles, General Douglas MacArthur and former US president Lyndon Johnson.

"The iconic and well-loved Lennons lives on. Not only here, but we hope in other locations where we build NEXT Hotels as the Lennons Restaurant and Bar," says Iqbal. "This was the place where many Brisbanites celebrated their anniversaries and birthdays, and we want to keep that heritage."

NEXT Hotel is changing the scope of not only Brisbane's hotel and hospitality scene, but the retail space as well. Style mecca and international retailer Forever 21 officially opens at the base of NEXT Hotel tomorrow (October 16). This is a first for Australia, putting Brisbane on the map as a serious 'fashion capital' contender.

What's next for NEXT Hotels? Now that Brisbane has set the bar, the next cab off the rank will be Colombo, Sri Lanka, followed by further expansion across Australia and the Asia Pacific region. For now, Brisbane stands tall as a trailblazer for the future of Australian hotels.