Out & About In Auckland

Out & About In Auckland

The City of Sails, the land of volcanoes, the former capital of New Zealand - Auckland has certainly built itself a sterling reputation as a diverse and captivating destination!

New Zealand's largest city dominates the upper region of the North Island, tucked between two harbours and enveloped by natural splendour that makes it an outdoor lover's playground.

The downtown district oozes sophistication with designer boutiques and swanky restaurants, but it is away from the cityscape that Auckland truly shines. Discover a different side of Auckland with these activities that will push you outside your comfort zone and keep you coming back for more. 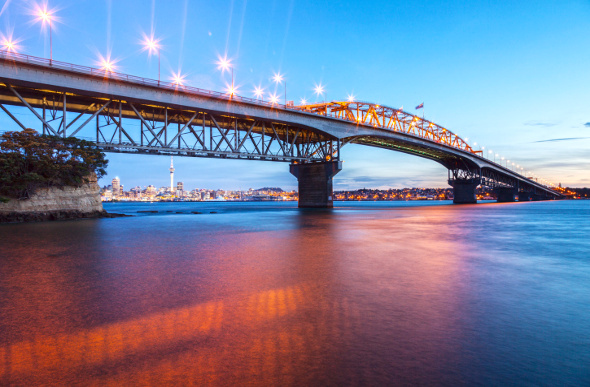 See the city from a unique vantage point by climbing the Auckland Harbour Bridge. During the one-and-a-half hour journey you will be regaled with colourful tales of Auckland's past as you scope out an unbeatable 360-degree view.

The Auckland Bridge climb is one of only three guided bridge climbs in the world (the others being Brisbane's Story Bridge and the Sydney Harbour Bridge).

If you're after a little more action, you can bungy jump off the bridge with a water-touch option to cap off your 40-metre plunge into Waitemata Harbour.

Commercial bungy jumping traces its roots back to 1980s Auckland so, if you're thinking about taking the leap, what better place to do it than here?

Combine your daily cardio with a side of sightseeing by hiring a tandem or joining an Auckland bike tour. Whether you're an avid cyclist or haven't ridden a two-wheeler in years, cycling around Auckland is a great way to appreciate the scenery, especially from October to May when the weather is on its best behaviour.

Take advantage of the Northwestern and Waikaraka cycleways, or spend some time outside the city on the Waikato River Trails. Stretching 100 kilometres along New Zealand's longest river, the entire journey can take up to four days winding through native forest and charming villages.

Rather kick it up a gear? Visit the Woodhill Bike Park and unleash your wild side over 70 different cross-country trails.

Need ideas for your NZ escape? How To Spend A Long Weekend In Auckland

Head out onto the water and visit Waiheke: Auckland's Island Of Wine

Take a half-day and explore the European charms of Devonport 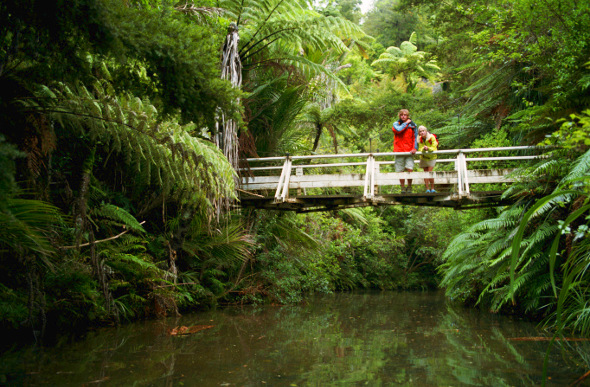 Lace up your comfortable walking shoes, charge your camera batteries and take a stroll along one of the many walking or hiking trails tracing their way through the wider Auckland region.

There are plenty of short walks if you're travelling with little ones in tow, such as the Arataki Nature Trail, the Whatipu Coast Walk where beaches meet wetlands, and the Mercer Bay Loop, which offers an unbeatable view of the sunset from atop the cliffs.

Half an hour outside Auckland CBD are the Waitakere Ranges - a vast expanse of forestland embellished with waterfalls, placid rivers and towering trees. The area boasts more than 250 kilometres of walking tracks leading you from mountain peaks to secluded beaches.

After appreciating the majesty of Auckland's inland beauty, take to the water and see the City of Sails from a different perspective.

Waitemata Harbour, the gateway to Auckland city, is the perfect launching pad for sea kayaking. Its sheltered waters ease you into a guided journey towards Rangitoto Island, or even further out to Motukorea on the Hauraki Gulf.

Venture solo or hire a double kayak to make lasting holiday memories with your travel partner, whether you are cruising at your own pace or on a tour.

Kayak along te ara moana, or 'the seagoing pathway' - a traditional coastal route paddled by Maori between Maraetai and Kaiaua. If you've never kayaked before, there's no time like the present! 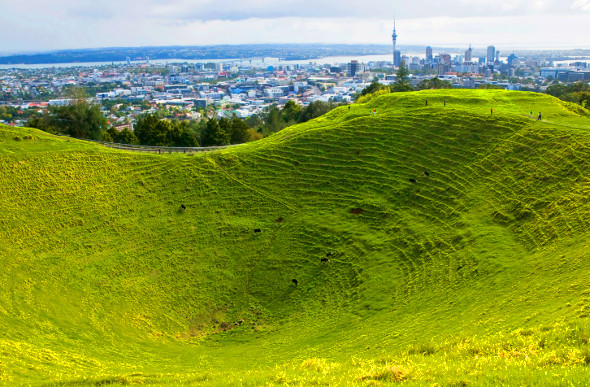 Auckland is home to nearly 50 volcanic cones, easily spotted by the lush greenery sprouting from the fertile soil that surrounds.

Just a short ferry ride from the mainland, Rangitoto Island is ideally suited for a half or full day trip where you can explore lava tubes and enjoy a picnic lunch following a short hike to the volcano's summit. A mere 600 years old, Rangitoto is the youngest volcano in the area and rises to a comfortable peak at 260 metres.

There are also a number of volcanic hills in central Auckland including One Tree Hill, Mt Eden and North Head - perfect for panoramic views, a glimpse into traditional Maori culture, and an early morning hike to catch the sunrise.