All-Season Alberta - Amazing On And Off The Slopes

All-Season Alberta - Amazing On And Off The Slopes

Ski bunnies from all over the world flock to the Canadian Rockies for around nine metres of fresh powder, which falls from November to May each year. But that’s not all Alberta has to offer. Arguably one of the most beautiful places on earth, Alberta offers nature lovers unique attractions all year round. 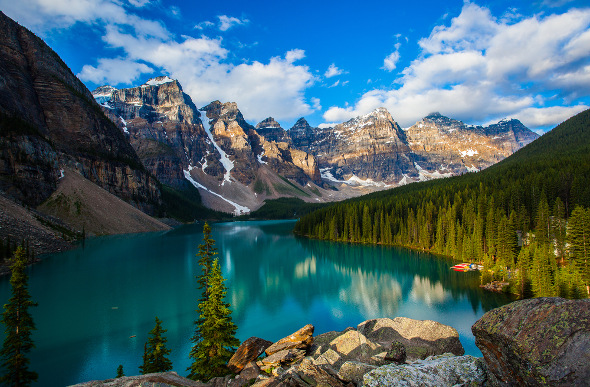 The Best Of Banff

Besides killer skiing, winter activities here include horse-drawn sleigh rides around picturesque Lake Louise, dogsledding through the forest and traversing steel catwalks to get magnificent views of Johnston Canyon’s icefalls. In summer, check out the famous Banff Upper Hot Springs – the highest springs in Canada at an elevation of 1,585 metres. You can also take a gondola to the top of Sulphur Mountain or cruise Lake Minnewanka and receive helpful commentary about the wildlife and vegetation, as well as early explorers.

Get In Touch With Nature In Jasper

If you’re in Jasper in November, join a team and play – or simply watch – the annual Canadian Rockies snow battle. The Yukigassen national championships are the ultimate twist on a snowball fight incorporating elements of dodgeball and 'capture the flag'. More adventurous types might try their hand at ice climbing on a guided tour, where you’ll learn about technique, equipment use and anchor systems.

Summertime must-dos include white-water rafting on the Athabasca River and horse riding around Pyramid Lake. Take the Jasper SkyTram for a bird’s-eye view of the breathtaking valley or explore Maligne Canyon’s sheer limestone walls. 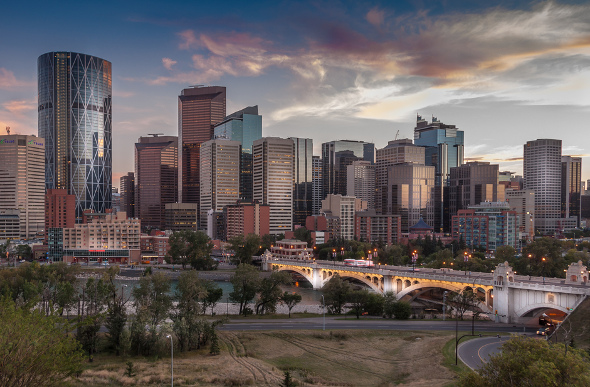 The sun sets on Calgary

The Bow River and Elbow River meet in the south of Alberta and this is where Calgary is located – surrounded by foothills and prairie. Calgary is the largest city in Alberta and in 1988 became the first Canadian city to host the Olympic Winter Games.

Winter sports fans will delight in its Canada Olympic Park, which serves as a tourist destination and training ground for high performance athletes. You can try out the half-pipe, take ski and snowboard lessons or give the luge a whirl. In summer, check out the Zipline and mountain bike trails. Those who want an encounter with the local wildlife can check out the Calgary Zoo or Bow Habitat Station, where you can discover Alberta’s aquatic ecosystems.

To get out of the city for a day or two, saddle up and hit the Cowboy Trail – a 700-kilometre route along Highway 22 that offers working ranches, trail rides and rodeos. A two-and-a-half-hour drive will take you to Dinosaur Provincial Park. This UNESCO World Heritage Site is known for being one of the richest dinosaur fossil areas in the world, with 40 species having been discovered there. 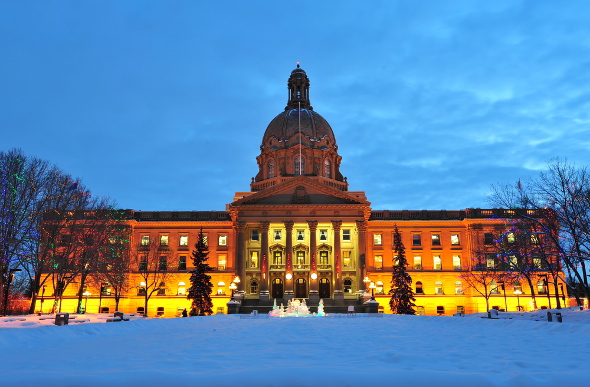 The Legislative Building in Edmonton

As the capital of Alberta, Edmonton has the highest proportion of parkland per capita of any Canadian city. It includes the North Saskatchewan River valley parks system, which is home to 11 lakes, 14 ravines and more than 22 major parks.

Less than an hour’s drive away is Elk Island National Park, which protects the endangered aspen parkland that is home to bison, moose, deer, elk and more than 250 species of birds. Perfect for cross-country skiing in winter or hiking, picnicking or overnight camping in summer, Elk Island National Park is part of the Beaver Hills Dark Sky Preserve, which aims to rid the sky of light pollution for an uninterrupted view of the Milky Way.

If you want even more glorious night skies, drive five hours from Edmonton– or take an hour’s flight– up to Fort McMurray. Here, you’ll have the chance to view the Aurora Borealis -or Northern Lights - from one of the best viewing locations in the world. Several tour operators offer trips from Edmonton from September to May.

Having experienced her first international flight at the age of six months, Lucy Sutton is a globetrotter for life. Lucy has lived half her life in Australia and half in the United States, taking advantage of travel opportunities near each country.
more articles from this author