South America is often called a fiery continent but this sprawling collection of countries also contains its share of spectacular waterfalls. The continent's snaking rivers and waterways start to swell when the Andean mountain snows begin their annual thaw, bursting free in an explosion of colour and condensation at the end of multiple major watercourses.

So inspiring are many of South America's waterfalls that plenty of visitors head well off the beaten path just to witness their spell-binding force. 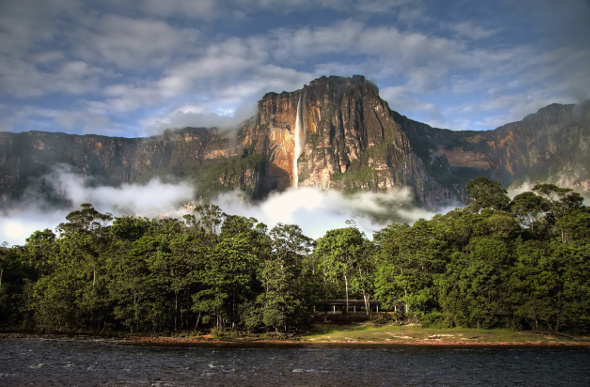 If you journey deep into the heart of the Canaima National Park within the dense jungles of Venezuela, you'll eventually arrive at a sight so hidden it took until the 1930s for its location to become public knowledge. The Angel Falls are so named for the American aviator who inadvertently discovered them, Jimmie Angel, however they're better known as the world's highest uninterrupted waterfall.

Stemming from the Gauja River and towering a dizzying 979 metres over the lush valley floor, the Angel Falls are one of Venezuela's major tourist attractions.

One of these waterfalls inspired Disney: Fairytale Locations

How to go with the flow: Visiting Iguazu Falls 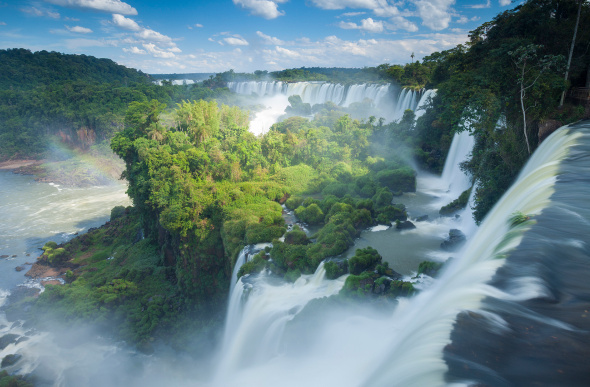 Iguazu Falls sit on the border of Argentina and Brazil. Picture: Getty Images

They may be rivals in many respects but one thing Brazil and Argentina share in common are the Iguazu Falls. A scarcely fathomable natural wonder, these gargantuan falls dwarf the surrounding area and draw in thousands of visitors each day.

A unique system of walkways gives you almost unparallelled access to the falls, which cascade unforgettably over a series of saturated islands. One of the largest waterfalls anywhere in the world, a trip to the Iguazu Falls tops many a South American tourist itinerary – for very obvious reasons. 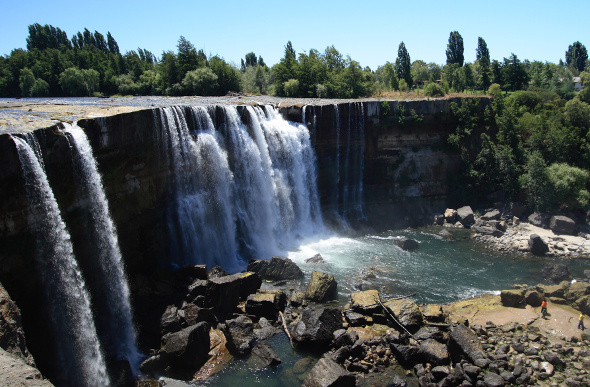 The original Pan-American Highway cuts a swathe from Buenos Aires in Argentina all the way to Mexico, winding its way through several American countries in the process. One such country is Chile and just off the highway between the cities of Los Angeles and Chillan lie the impressive Laja Falls.

A series of four horseshoe-shaped waterfalls each measuring different heights, the falls were once a sacred site to native Araucan tribes and are now one of southern Chile's most popular tourist attractions.

Visit your local Flight Centre store or call 131 600 for more advice and the latest deals on travelling to South America.