If you can’t stand being cooped up inside, and cities make you more sick than slick, escape to Southern Queensland Country for some R and R in the great outdoors. Mountains, forests, rivers, rock – whatever your ailment, the national parks of this spectacular corner of Queensland will have the cure. Here are just some of the great spots for delving into history, running wild and cooling off. 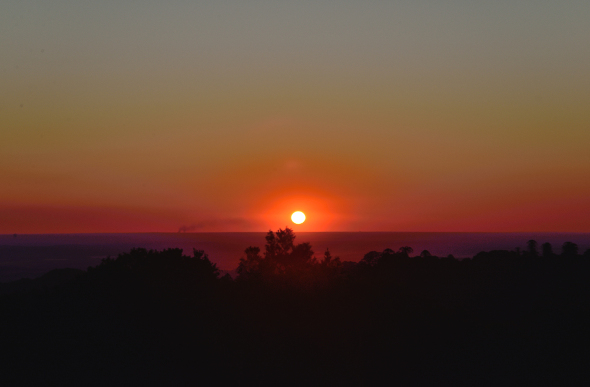 A smouldering sunset from the Bunya Mountains. Picture: Getty Images

Home to the largest stand of ancient bunya pines in the world, the Bunya Mountains have held a special place in the hearts of indigenous Australians for centuries. Large gatherings of people from southeast and central Queensland, as well as northeast New South Wales, would take place during bunya nut season from December to March.

The area, about 200 kilometres northwest of Brisbane, was named a national park in 1908 and these days you can enjoy picnic spots, bushwalking trails, camping and cottage stays. You can even try bunya nut-flavoured treats at local cafes, including burgers and coffee. 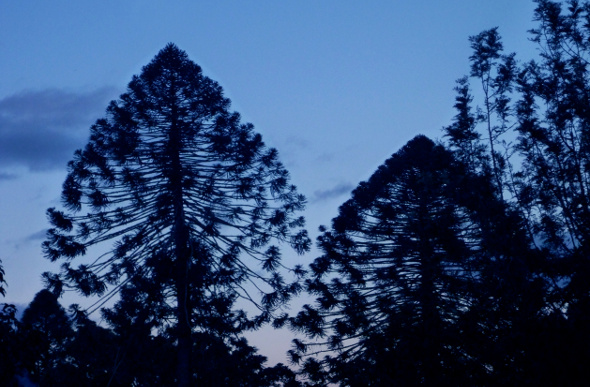 Also popular with local Aborigines and as a stopover for those travelling to the bunya feasts was Ravensbourne National Park, the best remaining example of rainforest that covered this part of the Great Dividing Range between Toowoomba and Esk. It is known for its birdlife amid the Piccabeen palms, Sydney blue gums, ferns, elkhorns and fungi. It also affords panoramic views over the range towards Brisbane, the Scenic Rim and the Lockyer Valley.

Both the Bunya Mountains and Ravensbourne were targeted for timber in the 1800s, including bunya pine and the prized red cedar, considered colonial Australia’s ‘red gold’.

Balancing Rock, Turtle Rock, Castle Rock – Girraween National Park is full of weird and wonderful granite outcrops, tors and boulders, and we haven’t even mentioned The Sphinx. The park, 40 kilometres south of Stanthorpe in the Granite Belt of the Darling Downs, has a range of walking tracks. 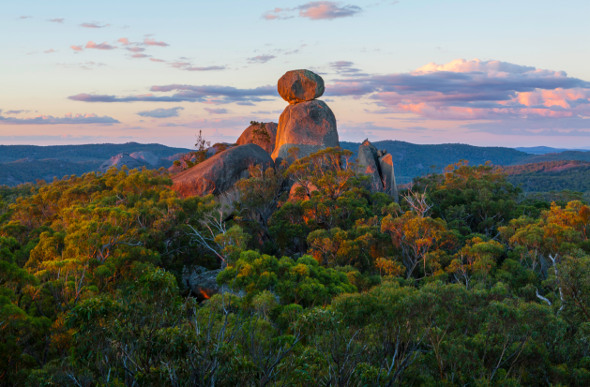 Climb to the summit of The Pyramid to see Balancing Rock – a huge granite boulder – and views over the Second Pyramid and the national park on the steep Pyramid Track. Or take the kids to Granite Arch, a natural arch formed from boulders, and surrounded with wildflowers in the spring.

Castle Rock stands at 1,112 metres and is one of the more challenging walks. The Sphinx is a granite pinnacle with a large boulder balancing on top, and Turtle Rock looks like a giant turtle shell. Afterwards, cool off in the freezing waterholes near Castle Rock and Bald Rock Creek.

Can you dig it? Earthly Delights In The Outback

The 40-metre-high Queen Mary Falls are a magical torrent in Main Range National Park, part of the Gondwana Rainforests of Australia World Heritage Area. Spring Creek, which pours over the falls, is one of the headwaters of the Murray-Darling river system. And hidden among the rainforest are ancient flowering plants, songbirds and rare animals, such as the spotted-tail quoll. 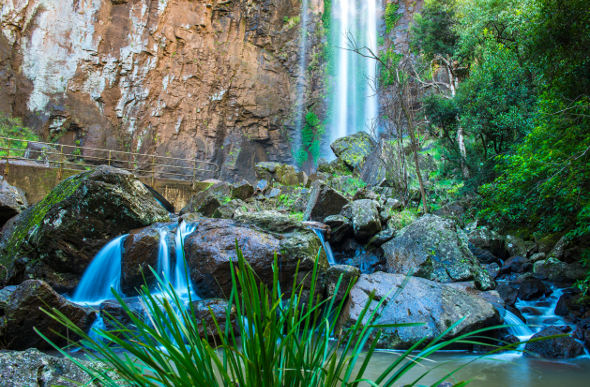 About 55 kilometres north of Toowoomba, Crows Nest National Park has its own falls, which plummet 20 metres into a waterhole surrounded by steep, granite cliffs. Take a swim in Bottlebrush Pool, shaded by river she-oaks and bottlebrush trees, with one eye open for brush-tailed rock wallabies; laze on the sandy beach at Kauyoo Pool; or rock-hop to the Cascades.

Coomba Falls, a few kilometres from the heart of Maidenwell, form an icy, deep swimming hole, perfectly positioned for a picnic, photography or birdwatching.

Sundown National Park sits on the Queensland-NSW border, 250 kilometres southwest of Brisbane. Sharp ridges and steep gorges dominate the landscape, threaded along the Severn River and its tributaries. Discover the remains of farming and mining operations (tin, copper and arsenic) on challenging remote walks through forests of stringybark, woollybutt, red river gum and tea-tree; or via four-wheel-drive tracks. The perfect place to really get away from it all.

Lake Broadwater Conservation Park, 30 kilometres southwest of Dalby, is the only large, naturally occurring freshwater lake on the Darling Downs. When full, it’s up to three metres deep and you can go power-boating, skiing, canoeing and swimming, as well as enjoying picnics, walks and birdwatching. Be aware that it does dry out periodically. Meanwhile, Lake Cooby, 35 kilometres from Toowoomba, is just the spot for fishing, windsurfing, sailing and canoeing – but swimming is prohibited.

Visit your local Flight Centre store or call 131 600 for more advice and the latest deals on travelling to Southern Queensland Country.