An increasingly popular holiday destination for Australians, Waikiki Beach is most often the ‘go to’ destination for those looking for a fun-filled Hawaiian holiday. Weather it’s the sun, surf and sand, the top-notch restaurants, glittering high-rise hotels, or a retail scene that would satisfy even the most insatiable shopping bug, it’s no wonder that people flock to this famous Honolulu beach in droves. The beauty of Hawaii, though, is that there’s a whole world outside the bustling capital city, just begging to be explored, and the tiny island of Kauai, is the perfect place to start.

Known as the Garden Island, Kauai is just a 30-minute flight from Honolulu. But don’t let the short travel time and limited distance fool you. Kauai and Honolulu are worlds apart. Leaving the bright lights and bustling streets of Waikiki behind, visitors to Kauai soon get a sense of what the relaxed Kauai life is really like. 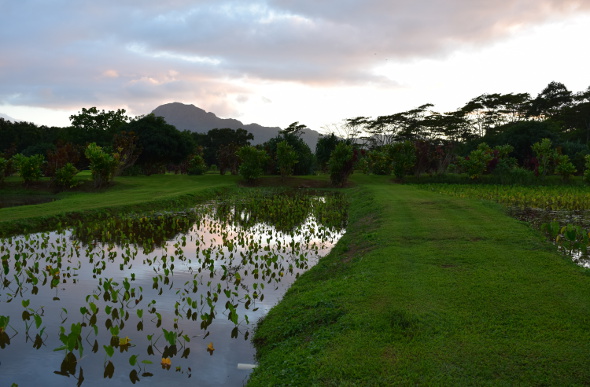 Serenity descends with the sun over a taro crop on the Garden Island. Picture: Jason Dutton-Smith

Here, no building is taller than the tallest of palm trees, and don’t expect a vibrant party scene or sprawling resorts, either. This is a decidedly laid-back place that remains connected not only to its beautiful natural surroundings but to the traditional Hawaiian culture.

For me, there’s no better way to learn about a new destination than through its history, culture and, best of all, its food! To my delight, we found all these revealing elements in one magnificent spot – Kilohana Estate and Plantation. 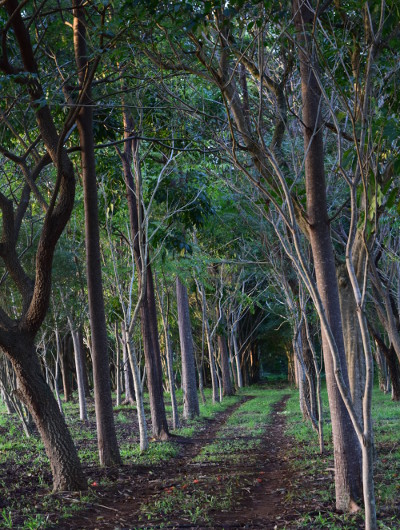 Entering the grounds of the plantation, we’re met by a long, winding drive that curves its way to the stunning, English-style, Tudor mansion. A plantation home built in the 1930s, the sprawling manor is surrounded by hectares of manicured lawns and gardens.

But it’s what’s inside this historic house, and behind it, that makes Kilohana Estate so special. Walking up to the great home with its tall, pointy rooftops and distinctive brown shingled siding, we were met outside by the plantation’s general manager, Fred Atkins. A tall, tanned man, Fred greeted us warmly, before taking us inside the big house, which now contains Gaylord’s Restaurant and Mahiko Lounge.

The restaurant’s specialty drink is a special kind of Mai Tai made with the plantation’s very own sugar cane. One sip, and I knew this would go down easy, so I decided to pace myself, as my first desire was to take in the surroundings.

The restaurant’s bar looked every bit the part, fitting perfectly with the stately ambiance of the house. Elegant but casual, I could see myself enjoying several more of these delicious drinks but first, Fred offered us a close-up tour of the grounds, and I was eager to take in the stunning tropical views. 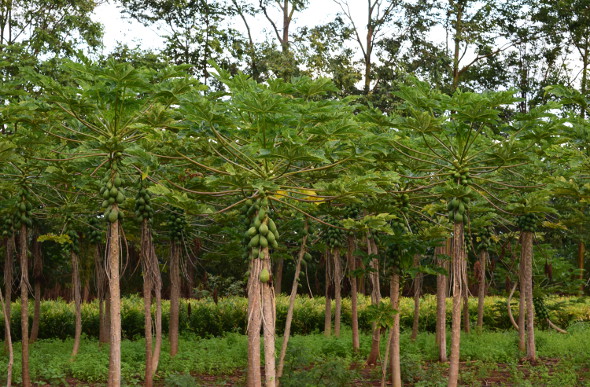 Paw paw trees supply just some of the delicious produce on the estate. Picture: Jason Dutton-Smith

Originally from California, Fred came to Kauai in the 1970s on what was then to be a short visit. Falling in love with the garden island, Fred stayed on where he now oversees the plantation, the acclaimed restaurant and lounge and the 42.5 hectares of orchards, gardens and animal pastures. Kilohana even offers a fascinating rail journey on an historic train for visitors who want to get an up-close look at the gardens, orchards and Kauai countryside.

With the Hawaiian sun setting, we set off in the plantation’s van with Fred, our very own personal guide, for a close-up look at the fields of bounty so lovingly cared for by Fred and the staff. Every type of tropical fruit is grown here, along with vegetables, tropical flowers and hardwood trees.

Many of the fresh ingredients for Gaylord’s Restaurant and Mahiko Lounge are sourced right from these fields. With its lovely patio setting, Gaylord’s was named one of the Top 100 outdoor dining restaurants in the USA. Offering a spectacular Sunday brunch and dinner every evening, Gaylord’s fresh menu does not disappoint and I highly recommend a visit. 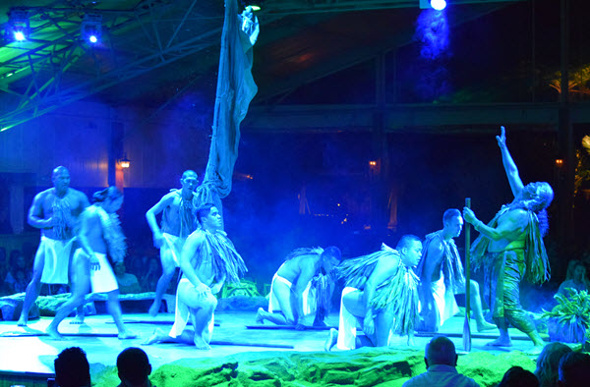 The top attraction here, though, is the famed Luau Kalamaku, a theatrical tale of Hawaiian legend and dance which is performed for guests after a generous Hawaiian feast. And with one of my biggest wishes on our Hawaii visit to savour traditional Hawaiian food, while taking in the sights and sounds of the hula – a meaningful dance now synonymous with Hawaii; Luau Kalamaku did not disappoint. 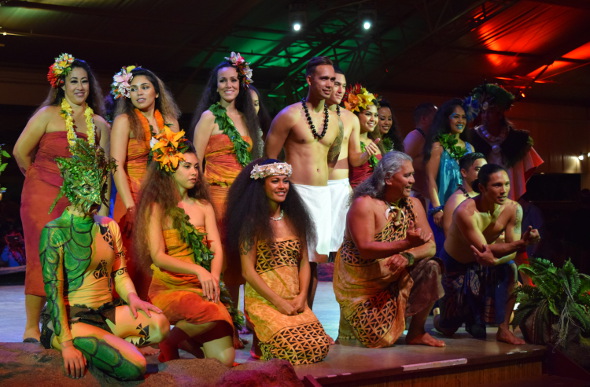 Held in a special entertainment and dining area behind the house, the luau includes drinks with dinner, as well as delicious, home-made desserts served during a break in the show. Naturally, much of the produce comes from the fertile and organic grounds of the plantation.

Beginning with a sumptuous dinner, visitors enjoy such foods as kalua (food cooked in a traditional underground oven) which for us included succulent pork. Other traditional foods included lomi lomi salmon, sweet potatoes, taro and plenty of fresh fruit. Of course that delicious Mai Tai was on offer, as well as beer, wine and other drinks. 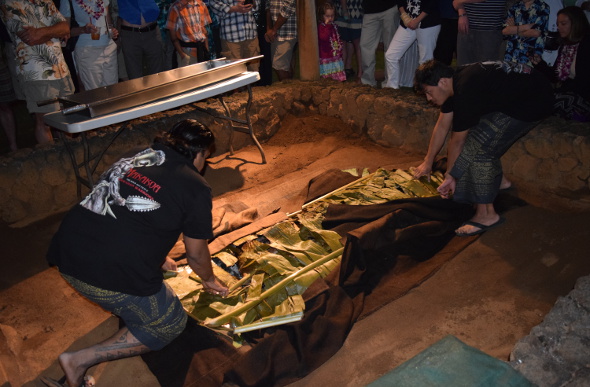 Soon the performance was under way. An extravaganza that included Hawaiian music, dramatic dance performances and fire and knife dancing. The dancers enthralled the audience with their colourful costumes and magnificent performance, which climaxed with a worthy standing ovation.

In the Hawaiian language, Kilohana means ‘not to be surpassed’. For those looking for a memorable Hawaiian experience, a visit to this magnificent luau and plantation is sure to impress, for it really is a place unsurpassed for its nature, history and culture.

And as for those legendary Mai Tais – let’s just say I enjoyed at least one more.