Carolin Lopez, a  Flight Centre consultant in the Brisbane Spring Hill store, grew up in southern Germany. While Carolin may be a little biased, she believes that Bavaria is one of the most beautiful regions in the world and is the principle state for many of the sights along the famed Romantic Road. This scenic route officially consists of around 16 small towns known for their cultural and historical significance.

Here are Carolin's Top 5 destinations on the Romantic Road. 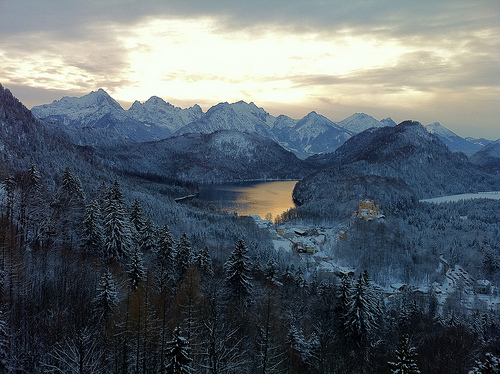 Würzburg
A lot of people start their journey along the Romantic Road in Würzburg. This historic town is set on a spectacular outcrop overlooking the river the below. The surrounding area is one of Germany's biggest wine-producing areas and possesses a wealth of history.

Rothenburg ob der Tauber
Welcome to one of the prime examples  of a walled medieval town; let Rothenburg take you back in time with  its beautiful buildings, walls and alleys. Its charm will enchant you.

Augsburg
Augsburg is arguably the oldest town on the Romantic Road and can trace its history beyond the medieval times. It was founded before the Romans, who dubbed the region "Augusta Vindelicorum," when it flourished as a strategic town on a  trade route from northern Italy.

Schwangau
Schwangau is a tiny, romantic German  town but is not to be underestimated as it boasts one of the most popular "sights" in the whole of Germany - New Schwanstein, King Ludwig’s fairytale castle which is definitely a MUST-SEE when doing this tour.

Fuessen
Being located at the very end of the Romantic Road (or the very  beginning, depending of your point of start), Fuessen is an awesome choice for the "grand finale". You will find a wealth of historical interest settled in a spectacular surrounding; the city is situated on a lake (Forggensee),  the River Lech flows through the heart of the town – and all is set against the beautiful and impressive backdrop of the Alps.

To book your next holiday to Germany, contact Carolin via email at carolin.lopez@flightcentre.com.au.