The fish tacos are flying off the shelves today in the brand new, multi-million dollar dining room on Pacific Jewel.

The barista is brewing the beans, the burgers are being made to order and there’s not a long queue or a stack of trays in sight.

We head for a sunny table for four and settle into our upholstered booth, order wine from the waiter and wonder if we should have had the curry of the day as a particularly fragrant dahl passes our table.

P&O’s new-look Pacific Jewel is all about taking Aussie cruisers on a culinary journey, banishing the buffet and bain-marie for the first time in its 80-year history.

After a complete transformation of the dining space, Deck 12 is now called The Pantry – a chic beach house-style room, which is essentially home to eight different restaurants. The traditional smorgasbord has gone, with an international food-hall in its place. Think burgers, pizzas, tacos, curries, salads and stir fries. 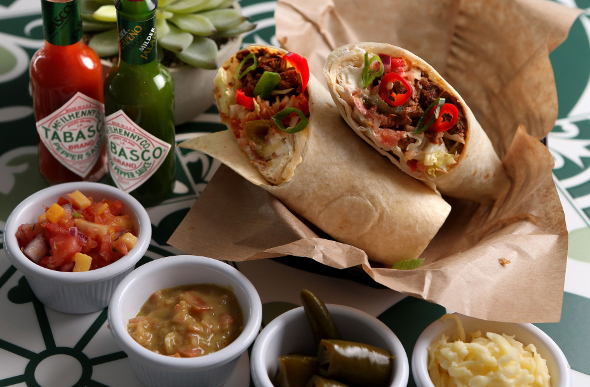 Gourmet tacos aboard the Pacific Jewel (All images: P&O Cruises)

Not everything has changed however. Meat lovers will still have their carvery and fry-up fans can still get their fix at breakfast time. The difference is your eggs will now be made to order.

Combined with the way each new restaurant has its own separate zone, the vibe at meal times is a lot less chaotic than before when long lines could mean a slow trip around the buffet. 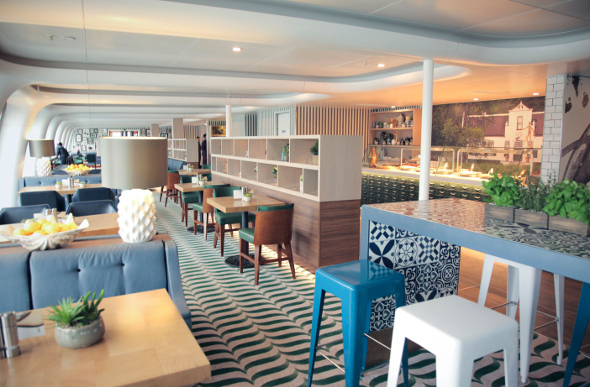 How popular is cruising? Australians Spent More Than 10 Million Days Cruising In 2014

“We have introduced a host of new ingredients and dishes from South Africa, India, Mayalsia and Mexico.

The Pantry is the latest move in P&O’s ongoing food revolution, which is set to continue on its two new ships Pacific Aria and Pacific Eden.

Due to set sail with their first passengers from Sydney in November this year, Aria and Eden will also ban the buffet. Other dining innovations on the new-look ships will include a specialty Asian fine-diner – Dragon Lady – plus the line’s first dedicated Italian space, Angelo’s. 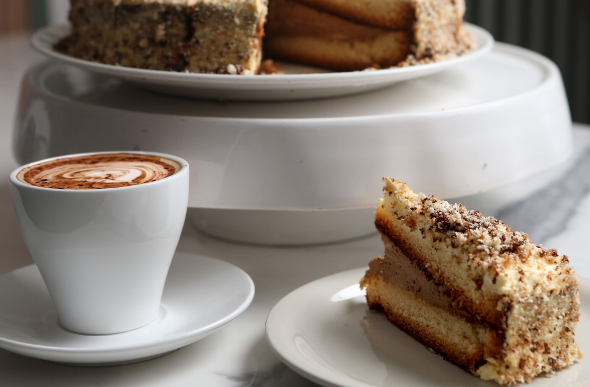 The popular degustation concept – The Chef’s Table – will be taken up a notch with a new luxe design vibe, plus a revamped multi-course private food and wine experience.

Celebrity chef Luke Mangan will expand his at-sea offerings to include a new Salt Grill cocktail bar alongside his signature restaurant.

P&O has also revamped its entertainment program to feature a new line-up of parties and stage shows across the fleet including the concert-style production, Off The Charts on Pacific Jewel.

There are all-white nights on the lido deck now thanks to the new Bianco White Parties, and a Gatsby evening, a Vegas pool party and a back-to-school theme party will also be rolled out on upcoming sailings. 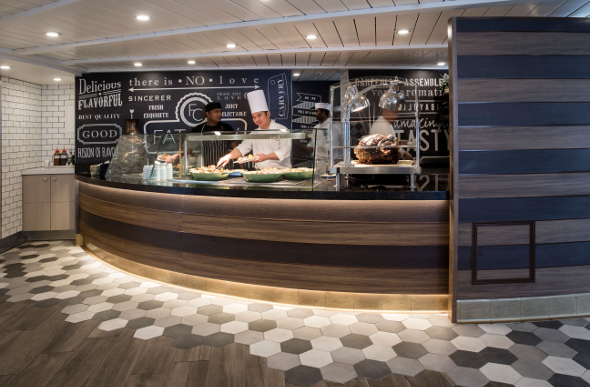 To experience The Pantry on board Pacific Jewel, choose from between three and 11-night itineraries departing from Brisbane and Sydney from $500*.