7 US Places To Get Your Scare On For Halloween

7 US Places To Get Your Scare On For Halloween

The United States may not have invented Halloween (that would be the Irish and Scottish immigrants bringing their Celtic traditions of Samhain to America), but the US of A has certainly put October 31 on the annual event calendar.

For one night only, tradition has it that a porous barrier allows the spirit world to cross over into the living – a time to remember loved ones no longer with us. Also timed for the fall season in the Northern Hemisphere, it’s also a celebration of the autumn harvest – cue pumpkins, bonfires, hayrides and fall leaves – and a fangtastic (sorry) time to visit the US.

While spooktacular Halloween celebrations happen all over the States, here are seven of our fave US places to get your ghoul on. 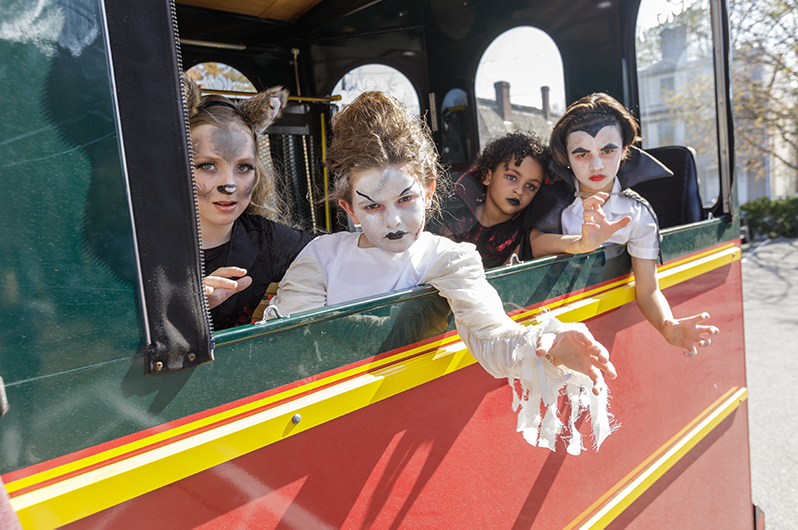 Infamous for the tragic Witch Trials of 1692 when mass hysteria gripped the seaside port, Salem really embraces the Halloween spirit. With the month-long Salem Haunted Happenings event schedule running throughout October, leave the broom at home and take a high-speed ferry from Boston for all the creepy and kooky fun including Carrie: The Musical, a Halloween Museum, the Grand Parade (and cute-as Howl-o-ween pet parade), psychic readings, a Halloween Bloody Mary bar pop-up and much more. Halloween month in Salem ends with the Halloween Finale Fireworks over the North River at 10:15pm.

RELATED: Find out more about Salem and why it's considered the spookiest spot in the US 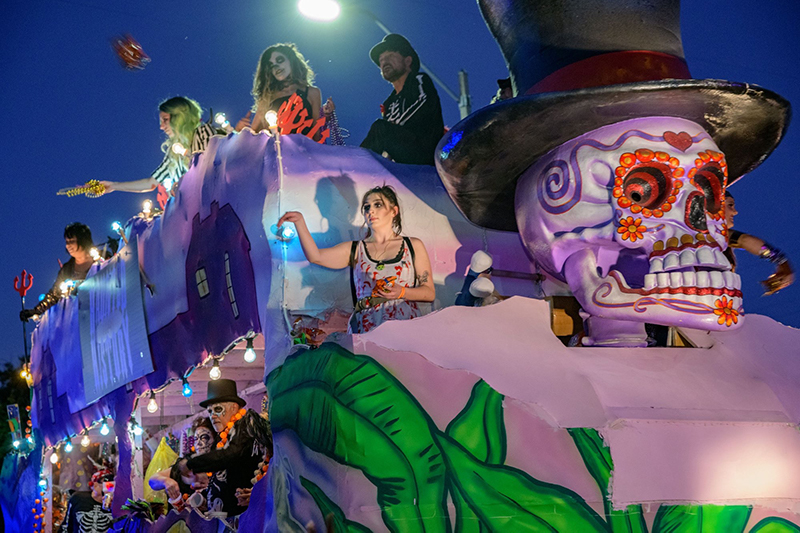 With a history of voodoo and witch doctors on the bayou, New Orleans brings the scary feels all year round, but visit around Halloween to really experience the Southern Gothic mood. Check out the Krewe of Boo!, the official Halloween Parade where Halloween meets Mardi Gras in the French Quarter in an wicked parade of 3D macabre monsters and elaborately frightful floats. There’s also the Zombie Run – just like the Thriller video – where costumed runners are chased by the Big Easy Rollergirls. 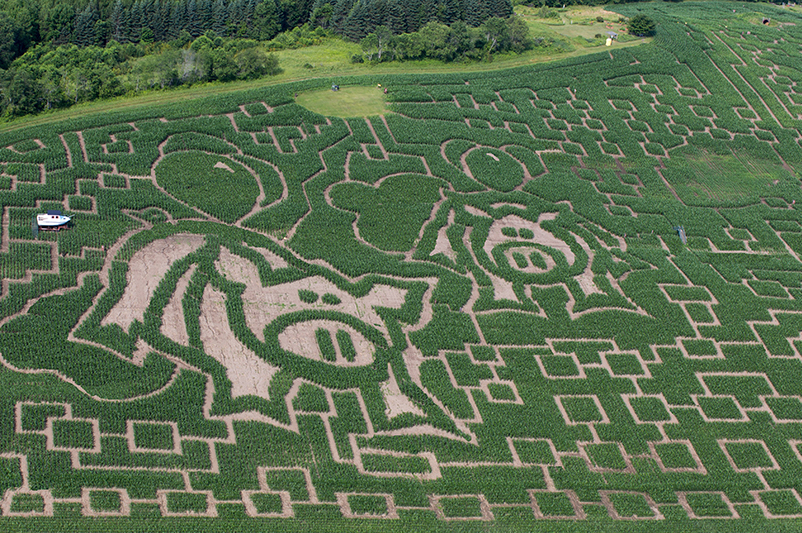 Corn mazes are just creepy, right? Relive that scene from The Shining at the 9.7ha Great Vermont Corn Maze. The Big Maze in the largest and most complex maze in New England and takes approximately three hours to complete with almost 5km of trails lined by 3.6m-high walls of corn. The maze even includes a 8.5m-long boat 'floating' on the corn hedges, an almost 10m-long underground tunnel, more than 30m of bridges and has a different design each year. The Big Maze opens at the start of August and closes in mid-October, but then there's the Dead North: Farmland of Terror event through a (different) haunted cornfield in the dark filled with spooky special effects and animatronics – or are they? 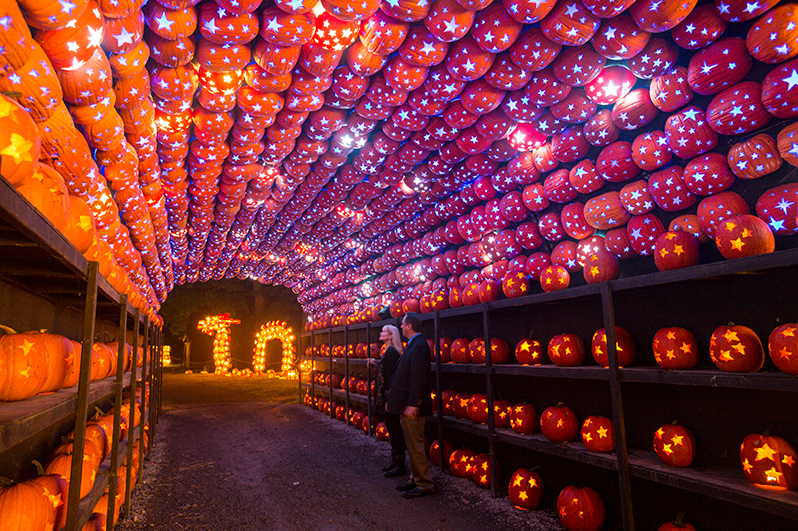 The Great Jack O' Lantern Blaze in Upstate New York is a not-to-be missed spooktacular where more than 7,000 carefully carved pumpkins are set aglow on the riverside near Van Cortlandt Manor. Running from September through to the end of November, there’s plenty of opportunity to ogle the fall foliage and pumpkin displays. Just an hour by train from NYC’s Grand Central, the event also has pumpkin beer, stargazing in the Pumpkin Planetarium and even Sleepy Hollow’s Headless Horseman makes an appearance. 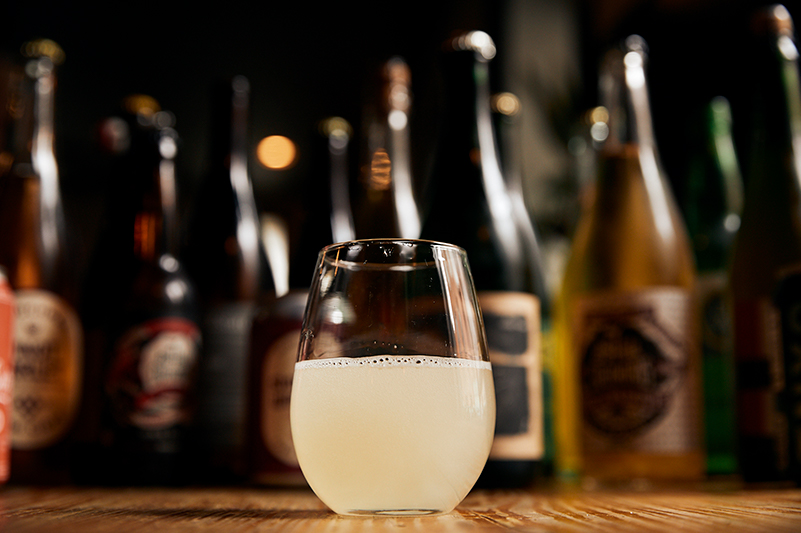 Philly Cider Week kicks off with an annual adults-only Halloween event where the high abv ciders will have you seeing and hearing things that go bump in the night. The theme for this year’s annual Night of the Living Cider is ‘Stronger than the grave’ with plenty of homegrown chills, thanks to locally sourced ciders, and thrills beyond the grave with tarot card readings and bobbing for crabapples.

RELATED: How the rest of the world does Halloween 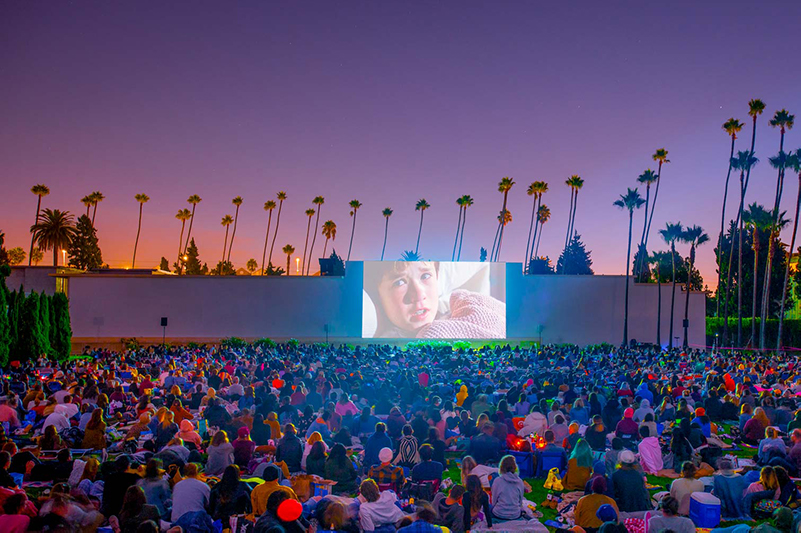 Remember the movie screening within the Hollywood Forever Cemetery in the film, Valentine’s Day? Turns out this hallowed resting place is not just for romantic flicks, but come October, it’s the boozy alfresco backdrop for spine-chilling horror classics such as The Texas Chain Saw Massacre or The Sixth Sense. Sit among (not on) the graves with your flesh-and-bone friends, spread out a blanket with some spooky snacks and sleep with one eye open at this big-screen Halloween slumberfest. 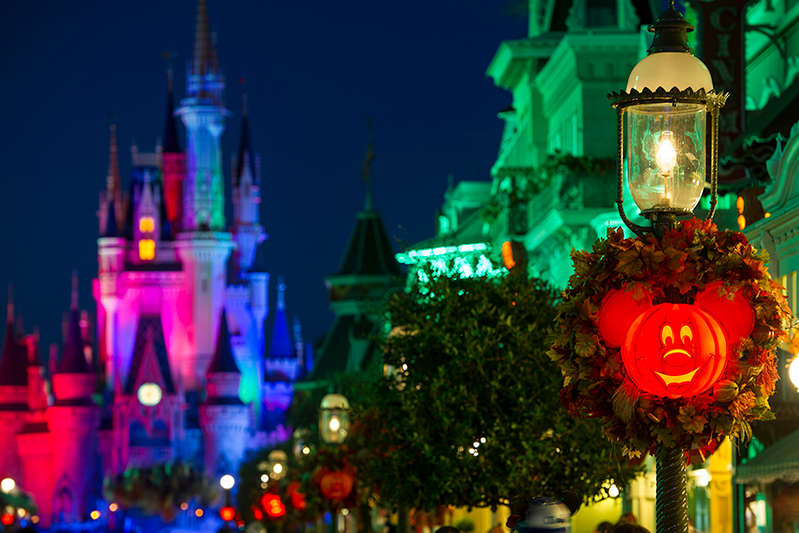 Get amid the spooky streetscapes and seasonal hijinks at Mickey's Not-So-Scary Halloween Party at Walt Disney World Resort in Orlando, Florida. (Image: Disney)

For a fright night with a G-rating, take your boo to the family-friendly Mickey’s Not-So-Scary Halloween Party at Walt Disney World Resort's Magic Kingdom Park. With a brand-new fireworks show, Disney’s Not So Spooky Spectacular, featuring host Jack Skellington from The Nightmare Before Christmas; plus everyone's fave witches, the Sanderson sisters, in a Hocus Pocus Villain Spelltacular, Mickey's Boo-to-You Halloween Parade, the always-awesome Haunted Mansion attraction plus trick-or-treating in different lands, it’s an enchanting special event with a decidedly Disney twist. Dress up to fright and delight!

Want to know what events and festivals are on? Check out the seasonal events on sale now!