Why Canada Is The Best Place To See The Northern Lights

Why Canada Is The Best Place To See The Northern Lights

I met my Yukon guide, Kalin, and we step outside into -5 degrees Celsius  and 20cm of snow, which is rare for early October, setting the winter wonderland scene.

We travel to Haynes Junction, a two-hour drive from Whitehorse, Kalin pointing out parts of the landscape and its role in the Yukon’s history as snow twirls and gusts over the Alaska Highway. It’s impossible not to feel small when surrounded by the vast mountain ranges, spread as far as the eye can see between wide-open valleys and dramatic landscapes.

We pull into Mount Logan Lodge, a wilderness paradise equipped with a sauna, traditional yurt and the most beautiful log cabin I’ve ever seen. Lodge owners David and Roxanne welcome us with an incredible homemade three-course meal by the golden glow of a fire roaring in the hearth. Their three dogs doze at our feet as David and Roxanne tell stories of their adventurous lives in the Yukon.

Warming up around the fire in Dawson City
In the morning, we drive through the vast Kluane National Park & Reserve, past Kathleen Lake, which stretches out at the base of the majestic Kings Throne Peak. We pass through completely remote highways iced in a blanket of fresh snow and visit Klukshu Village, a popular summer fishing spot for salmon and secluded ghost town at this time of year.
That afternoon, Roxanne and David take me off-roading in the Alsek Valley, which was once one of the largest lakes in Canada. Jolting between deep ridges made by the dried-out rivers of the valley, we pull up at the base of a mountain and begin a short ascent to a lookout point over the valley. In that moment, I pause – there is a certain heavenly aspect to the sight and I’m reminded why the Yukon is known for being ‘larger than life’.

Isabella contemplates the majesty of Alsek Valley
After a dinner of fresh salmon at the lodge, I sit rugged up in a thick, padded coat with a scarf and toque (beanie) beside a peaceful campfire and toast marshmallows as the stars twinkle above and the half-moon casts a pearlescent light upon the mountaintops.
When the northern lights appear later that night, a gradual green glow starts to rise on the horizon until suddenly, a nebula of light takes form. Splays of the aurora borealis dance across the sky and it’s such a stunning, multi-dimensional phenomenon, surprising me with every passing minute.
It changes form and multiplies, dying down then exploding against the backdrop of stars again. It is breathtaking even to the human eye and can be experienced any time between mid-August and mid-April. The Yukon is a prime viewing point for theaurora borealis, which does not follow our human timetable, yet I was fortunate to see it twice on my six-night stay.

The breathtaking aurora as seen from Mount Logan Lodge
Beyond the northern lights, Whitehorse has so much to offer by way of adventure. I board a scenic flight the next day with Rocking Star Adventures, dipping over the mountaintop and into Kluane National Park. All I can see is magnanimous mountains peaks and I feel as if I’m on an entirely new planet.
The wind picks up in a wild gust and blows clouds of snow off the peaks, glittering in the sunlight like a halo. It rocks our little plane and we pitch downward, over what once was a glacial lake but is now a narrow cavern. Pilot Mike zigzags through the canyon, past walls of ice as blue as Caribbean waters, jagged and shattered and haunting. At 10,000 feet, among the highest ranges in Canada, I look out the window and am hypnotised by the scenery below,  as if I’m in a beautiful, picturesque dream.
In the afternoon, I’m met by Lindsay for  a tour of the Yukon Wildlife Preserve, where we walk among mule deer, watch moose graze in the snow, feed a family of lynx and gasp in wonder as they leap up trees to catch food then creep through the snow silently.
Our next stop is Dawson City, a brief morning flight with Air North. It’s a short 10-minute drive into town and after checking in to the historic Downtown Hotel, home of the famous Sourtoe cocktail, I explore the town on a walking tour with guide Jesse.
Dawson City is an old-timer town built for the gold rush like something out of a Wild West movie, full of multicoloured houses, stores, hotels and restaurants.

The colourful facades of shopfronts in historic Dawson City
We stroll down boarded sidewalks as Jesse talks about the Klondike Gold Rush of 1896 to 1899, and how during this three-year period, more than 40,000 people migrated to ‘the Paris of the North’ as Dawson City was known, eager to make their fortune. From the cocktail bar of Bombay Peggy’s and vibrant casino Diamond Tooth Gerties to the haunted Palace Grand Theatre, the excitement from the gold rush days is still alive.
Despite a population of less than 1,500 people, Dawson City has amazing meal options. I enjoy a hearty fall salad with homemade hummus on sourdough at Alchemy Cafe and, later that evening, a flavoursome pumpkin ravioli to warm up at the Aurora Hotel. Red Mammoth Cafe makes a mean red pepper soup and its Western-inspired coffee is a welcome change to the regular drip coffee of fastfood chains around Canada. The Yukon’s culinary scene is much more impressive than expected for somewhere so far from bustling cities.
In the afternoon, Jesse and I drive into Tombstone Territorial Park and set up a lovely picnic lunch of soup and sandwiches by a fire. Snow begins to fall, and it is in these moments of pure, unplanned magic that I become more and more astounded by the Yukon.

Isabella revels in the snow at Klukshu Village
I’m struck how I am in impossibly rugged terrain and feel completely safe. I have the urge to reinvent myself and do things I never thought I could. Things like dog sledding; flying in a helicopter low over glaciers and landing inside a completely secluded mountain range; touching the very soil mined during the historic Klondike Gold Rush and catching my breath seeing the sun reflected upon the snow where it shimmers like millions of diamonds.
Yukoners come with can-do attitudes,  soft souls and an unwavering strength.  As my guide, Kalin, says: “If you’re gonna be dumb, you’d better be tough.”
That is the Yukon way of life, multidimensional with a long history, dangerous and untamed yet with modern amenities and the ability to consistently take my breath away. It’s a natural wilderness boasting freedom like no other and the opportunity to be alone in nature at its most spectacular. It’s a beautiful silence worth experiencing and I’m fortunate to have had the opportunity.

Isabella has been with Flight Centre for three years. After her novice year, she moved to Canada to live and work at a ski resort near Banff. She drove east across Canada to Nova Scotia and worked at a luxury golf resort in the beautiful Maritimes, then migrated back for another winter up in Jasper. Upon returning to Australia,  Isabella eased right back into work as a consultant at Flight Centre and has been fortunate to travel to exactly 30 countries since graduating from high school. 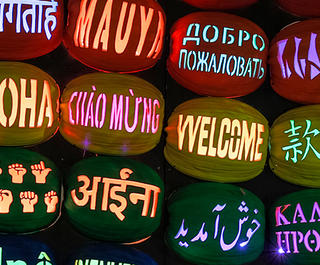 7 US Places To Get Your Scare On For Halloween
31 October 2019
Grab your ghoul squad, we’re going trick-o-treating. The United States may not have invented Halloween (that would be the Irish and Scottish
Read Time: 5.9 mins
North America 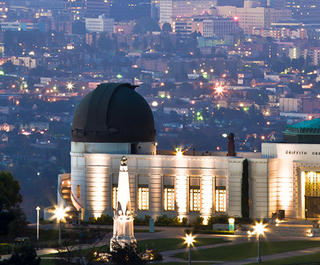 All The Ways To Fall In Love With LA
23 October 2019
Forget what you think you know about Los Angeles. This sprawling city has a cool that goes beyond the glitz and hype. From skateboarding beachside
Read Time: 4.0 mins
North America 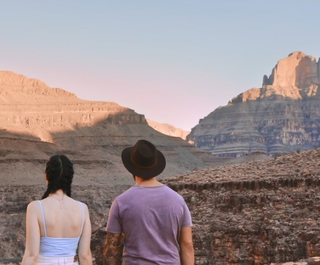 Top Things To Do In Las Vegas, Nevada
22 October 2019
It’s no surprise that Las Vegas has been dubbed the Entertainment Capital of the World. A few minutes in the city and you’ll feel the energy pulsing
Read Time: 7.6 mins