What Travellers Need To Know About Deep Vein Thrombosis

What Travellers Need To Know About Deep Vein Thrombosis

As I sat in the haematologist's office with the ultrasound of my third and latest deep vein thrombosis (DVT) he explained to me why I now needed additional methods of prevention.

"This has the potential to be very serious," he told me. "If the clot ever moves above the knee the risk is that it will block a main artery or reach the brain. Once that happens you're looking at the very real possibility of death."

A DVT is a blood clot that forms in the deep veins of a leg, usually somewhere lower than the knee. According to my haematologist everyone has a percentage of susceptibility to DVT. This ranges from three to five percent for the general population. I'm at about fifteen. 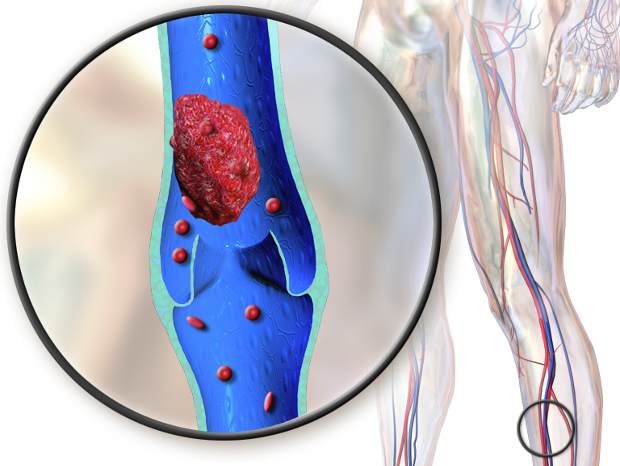 Representation of DVT in the lower leg (Image: Blausen.com staff)

My blood makeup, known as 'stickier' blood, is one of the more predominant risk factors for DVT and is an outcome of the unalterable lucky dip that is genetics.

Another common trend in DVTs is their emergence after long periods of flying. For someone, like me, who undertakes long-haul flights frequently throughout the year, the chance of forming a DVT is much higher.

This is why business travellers who fly often need to be aware of DVT – the symptoms, prevention methods and treatment.

Why Does Flying Affect DVT?

Any long period of immobility, such as sitting for extend periods in cramped spaces, can increase the risk of DVT. Unsurprisingly, the condition has been dubbed 'Economy Class Syndrome'.

Although not limited to the one cabin class, economy seating is home to more contributing factors. Bent knees have been found to compress the popliteal vein, which is one of the deep veins behind the knee and a common site for clot formation (two of my DVTs have been in this vein).

There's also the increase in dehydration, due to low oxygen and humidity levels, which causes concentration of the blood making it stickier and more susceptible to clotting.

The length of the flight can also be a contributing factor, as DVT is more common in passengers after long-haul flights (more than three hours). However, this doesn't mean you're not at risk on shorter flights.

A survey by the Aviation Health Institute found that one in five British deaths from DVT occurred after flights of three hours or less.

How Do I Prevent DVT?

Many airlines now provide in-flight guides on exercises and best practices for prevention of DVT including regular movement of the lower limbs (every couple of hours) such as walking around the cabin, stretching and in-seat exercises.

Other methods include wearing compression stockings during flights and taking pre-flight anti-inflammatory medication such as aspirin. People with a history of DVT while flying are also recommended to use anticoagulation medication such as Clexane injections before long-haul flights.

People joke that alcohol thins your blood, so just drink a lot before flying. The concern is that many travellers actually believe this as truth. In reality, the dehydrating effects of alcohol are intensified by the cabin environment, increasing the thickness of blood and your vulnerability to clotting.

Remember, no medication negates the need for regular movement. All three of my DVTs, even when I was on blood thinners, have come about after sleeping for a long period on a flight. 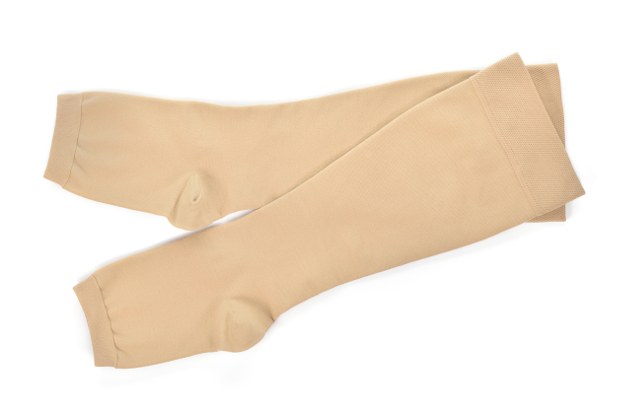 What Are The Symptoms?

DVT presents a variety of symptoms, of which you may experience a combination. It's best to see a doctor if, after flying, you exhibit one or more of the following:

The level of pain is typically similar to that of a punch or chronic cork.

How Do I Know For Certain?

It's impossible to confirm DVT based on symptoms alone, as it can be easily mistaken for other conditions such as lymphoedema and chronic venous disease.

The easiest and least evasive method for confirming DVT is a venous ultrasound performed by a radiologist. These tests are thorough, beginning at the top of the leg and scanning the entire length for blood clots. 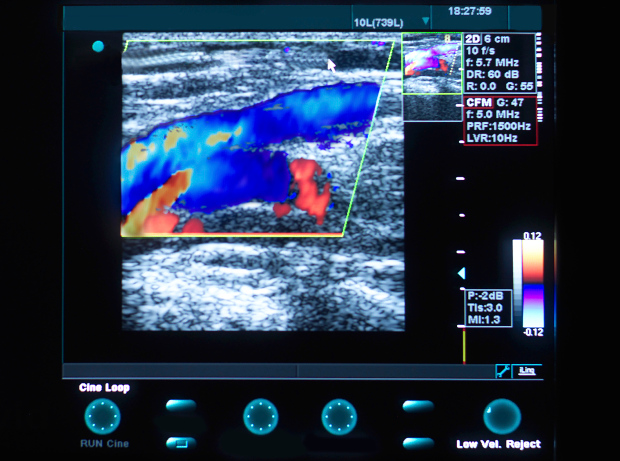 What Are My Treatment Options?

Leg compression stockings are readily available and easy to wear. Depending on the nature of the clot, you may be required to purchase stockings with a higher level of tightness (30-40 mmHg pressure).

After my first DVT I wore TED-stockings (20 mmHg), which many claim aren't tight enough. My second and third instances were treated with 'grade 2' stockings (30-40 mmHg), which proved more effective.

Medication progressed in a similar way to the stockings. I was given aspirin to thin and break up the first clot in my leg, but once DVT became a regular occurrence I was recommended to use prescription anticoagulation medicine in the form of Clexane injections.

This required me to self-inject myself once a day with 80mg of Clexane for two weeks or until the clot was gone.

Keep in mind all three of my DVTs were located beneath my knee. If you develop a clot above the knee, the treatment might differ because there's a greater risk the clot will break off and enter a crucial artery.

Can I Really Die From A Blood Clot?

In most cases DVT is an easily treatable condition that causes slight discomfort for a couple of weeks. However, in a surprisingly large amount of cases DVT has resulted in death.

Mortality is only a concern when the clot starts moving, as it can cause a pulmonary embolism or block another pathway to crucial organs.

There have been reports of passengers dying weeks after flying or collapsing upon exiting the plane. The most notable death to date was that of NBC war correspondent David Bloom in 2003 who complained to his wife of "having leg cramps" after weeks of sleeping and travelling in cramped military tanks.

Those cramps were in fact a blood clot, which broke off from the original vein and travelled to David's lungs, killing him.

This tragedy asserts the reality that DVT is life threatening regardless of where the clot begins. Fortunately, DVT is easily prevented so long as we all take the necessary steps.