A Day In Colaba, Mumbai

A Day In Colaba, Mumbai

Mumbai is a city of dreams and shocking realities – the home of Bollywood bling and bumper-to-bumper traffic. Given as part of a dowry to King Charles II in 1662, it became a darling of the Empire

At its southernmost tip lies Colaba, the old British quarter. Long Mumbai's unofficial tourist headquarters, Colaba is now experiencing a grand renaissance, Indian-style. Vibrant and colourful, Colaba is compact, walkable and packed with stuff to see and do. 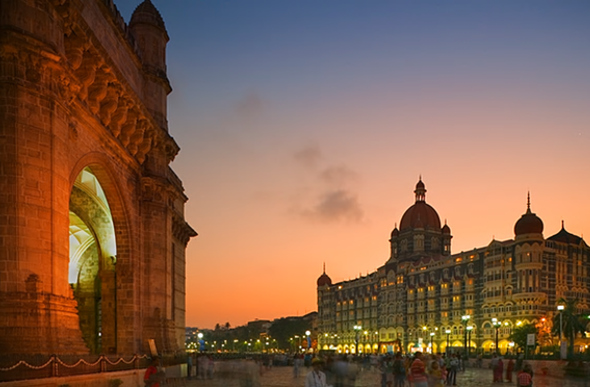 It's good to get out and explore early as the city wakes. You'll see masala tea being brewed on a thousand pavement stalls; great urns of fresh milk delivered from the countryside on carts, the tops plugged with straw; children hurrying to school with wetted-down hair.

And, best of all, the frantic chirping of the birds in the banyan trees, syrupy yellow light filtering through the branches.

Head to the Sassoon Docks, as the morning catch comes in around 7am. It's a hive of commotion as fishermen rush to get their haul to the market along the quay – there's a basket of sardines or pomfret on every head – elbows jabbing, mouths yelling, bare feet scurrying through fish guts and slime. 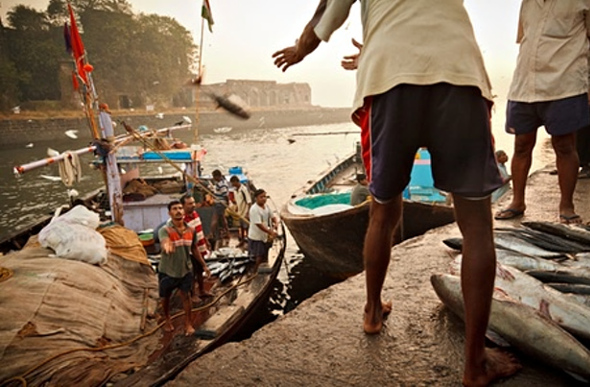 There's fairytale solitude nearby, at the so-called Afghan Church. A vast stone statement of long-extinct colonial might, it's dedicated to the British soldiers who fell in the 19th-century Afghan campaigns. Crumbling into dust, the battle standards still hang in glass display cases and the eagle-eyed will spot the notches on the plain wooden pews.

Shopping in Colaba caters to every budget, style and taste. At one end of the scale there are fashionable boutiques, which have sprouted up in the century-old buildings of the Raj. They don't tend to open until about 11, and some of them, like Bungalow Eight, can be hard to find. But the rewards are ample: exquisitely made kaftans, home furnishings and gifts.

Another fashionable favourite is Bombay Electric, which celebrates the rise of Colaba cool with its mix of fashion, music, homewares and entertainment.

At the other end of the scale are the pavement stalls a stone's throw away on Colaba Causeway. A rumpus of hawkers and street vendors, it's the place to pick up knick-knacks and hippy chic. Tie-dyed sweat pants and bead necklaces, nuggets of rock crystal, incense, dubious antiques and silk scarves – with prices as low as your bargaining will take you.

Take a break from the bustle for a bite of lunch at the famous Leopold Café, a crossroads for wheelers and dealers, new-age travellers and locals alike.

It serves fresh juices and beer on tap, and while the menu of international and Indian cuisine may not win many awards, the atmosphere does. There's no better place in Mumbai to while away time people-watching. 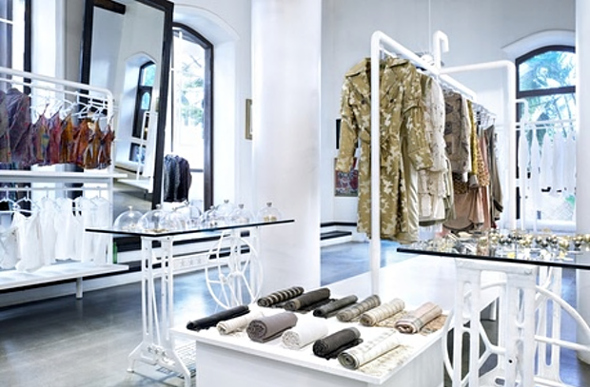 A great place to veg out, catch the latest Bollywood flick and escape the heat is the Regal Cinema. At the end of Colaba Causeway, it's a great hulking art deco jewel, hardly changed since it opened in 1933.

Don't forget to stand up for the Indian national anthem at the start of the show.

As the sun sinks into the Arabian Sea and with the afternoon cooling, locals stroll along the Strand Promenade that runs from the Radio Club to the Gateway of India. There's still an undeniable English order about it – grand whitewashed buildings with prim names.

And the ultimate reminder of the Raj is the Gateway itself. Erected in 1911 on the spot where King George V and Queen Mary first landed on Indian soil, it's Mumbai's most iconic monument.

Take your senses on tour. India: A Feast For The Senses

Picture yourself among the old and new. Top Mumbai Galleries

John And Yoko In The Gallery Of Past Guests

No stroll down the seafront would be complete without nipping into the Taj Mahal Palace Hotel, across from the Gateway. Following the attacks five years ago, security is tight, but don't let that put you off. I love to walk through to the old wing, with its colossal staircase and photographic display of past guests – among them John and Yoko. 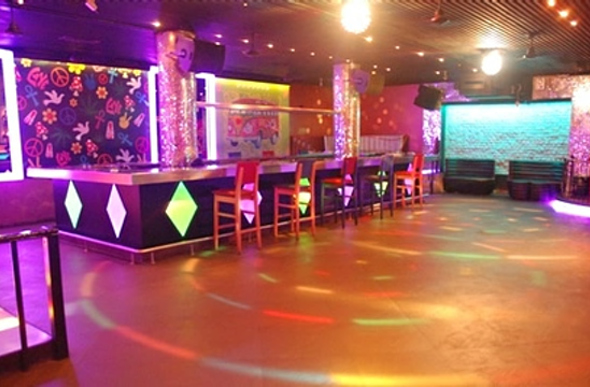 Around the corner from the Taj is The Table, Colaba's latest culinary sensation and regarded as one of the best restaurants in India. Open all day, it has a brasserie atmosphere and serves fabulous fusion cuisine. Dishes include yellowfin tuna tataki, roasted grouper and fava-bean falafel; imported and Indian wines (I recommend the Grover Reserve from the Nandi Hills of Karnataka); and sublime desserts including a salted caramel ice-cream sundae.

It has attained an almost cult following among foreigners and locals, but nevertheless The Table remains as affordable as its food is good.

Directly across the road from The Table is the alluringly named Polly Esther's nightclub, a popular watering hole patronised by old-timers and fresh young bucks where, it seems, enthusiasm for Abba and the Bee Gees has never waned.

Visit your local Flight Centre store or call 131 600 for more advice and the latest deals on travelling to Mumbai.

This article was written by Tahir Shah from The Guardian and was legally licensed through the NewsCred publisher network.