The Lion City is overflowing with sights and delights to tempt any visitor. From world-class art museums and galleries to mouthwatering street food and jaw-dropping vertical gardens (yes, Supertree Grove, we’re talking about you), it’s hard to believe there are so many different experiences in this one small South-East Asian island city-state. Of all the wonderful things to do in Singapore, here’s our pick of the most colourful. 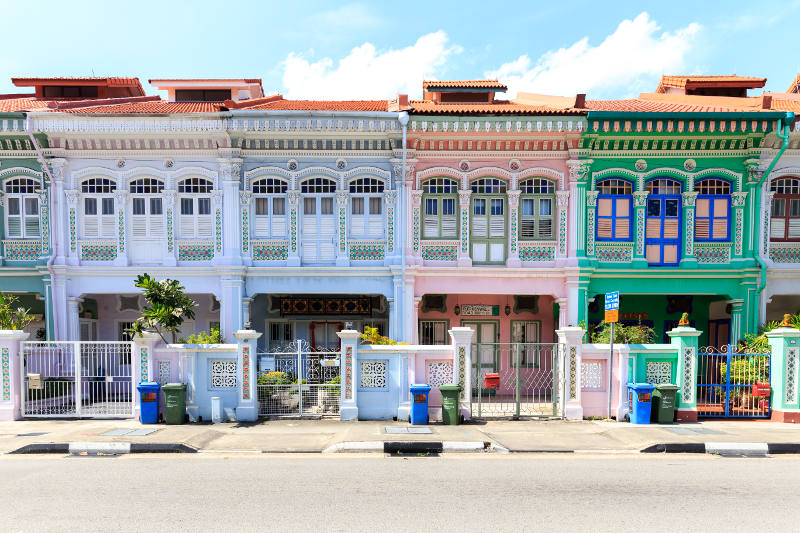 The Peranakan legacy is best showcased in the Katong/Joo Chiat district. Image: Getty

Peranakans (meaning ‘local born’) are the descendants of Chinese and Indian immigrants who married indigenous people from the Malay Archipelago in the 15th century. Their legacy is not only a collection of colourful two-storey shops and terrace houses with ornate facades, intricate motifs and ceramic tiles, but also a rich food culture. For an insight into the history of Singapore’s Peranakan community, visit NUS Baba House, 157 Neil Road, Singapore. 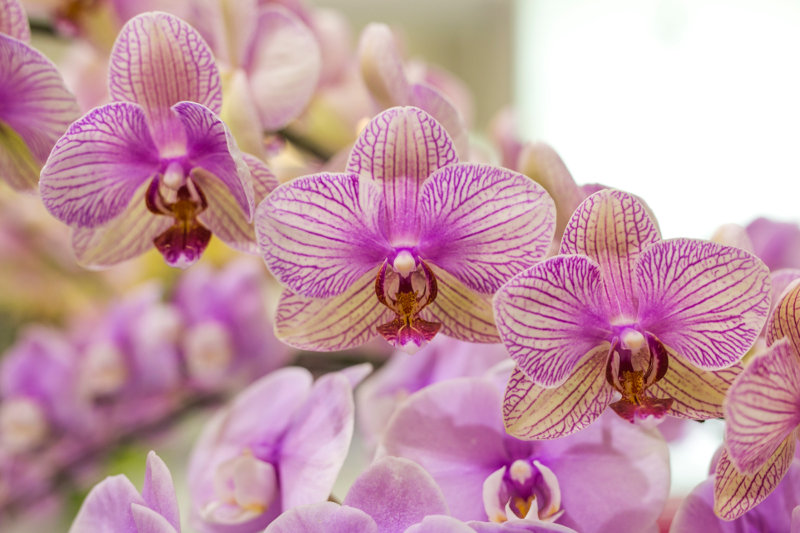 Singapore is known for its orchids, with the 158-year-old Botanic Gardens being home to the region’s most significant living collection of orchids. There are over 1,000 species of orchid and 2,000 hybrids on display in the National Orchid Garden. One of the most beautiful things to do while you’re on holiday in Singapore. 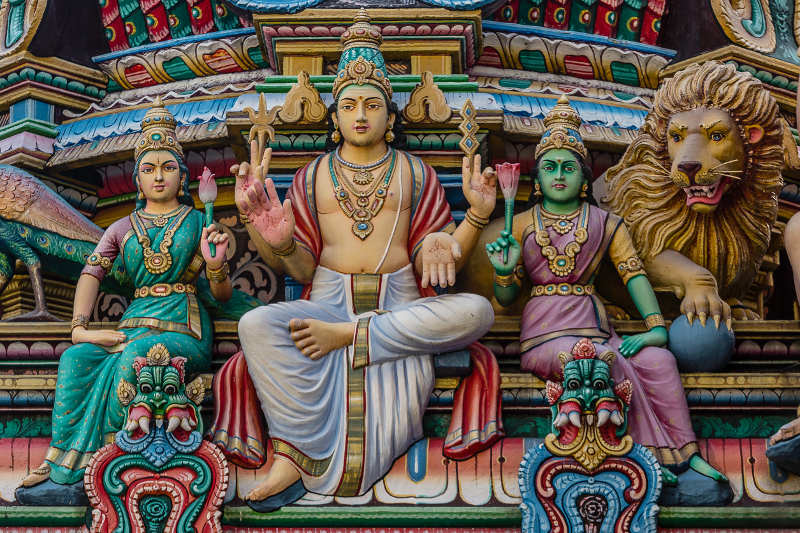 The Sri Mariamman Temple is an agamic temple, built in the Dravidian style and is so culturally important, it is considered a National Monument. The temple is richly embellished with six tiers of sculptures of Hindu deities, other figures and ornamental decorations. You’ll find the Sri Mariamman Temple in Singapore’s Chinatown. 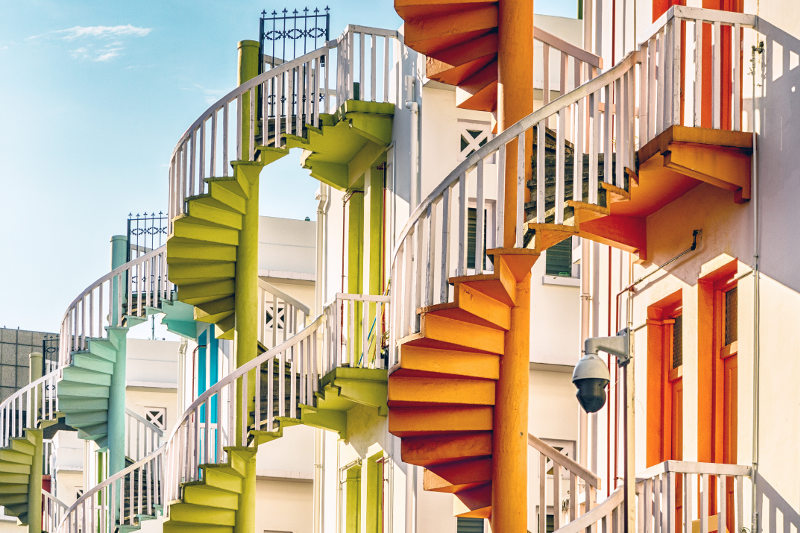 From the 1950s to the 1980s, Bugis Street was a lively red-light district, but today things have certainly changed. Find your way to nearby Victoria Street, where these pastel staircases line the back of the narrow shops. 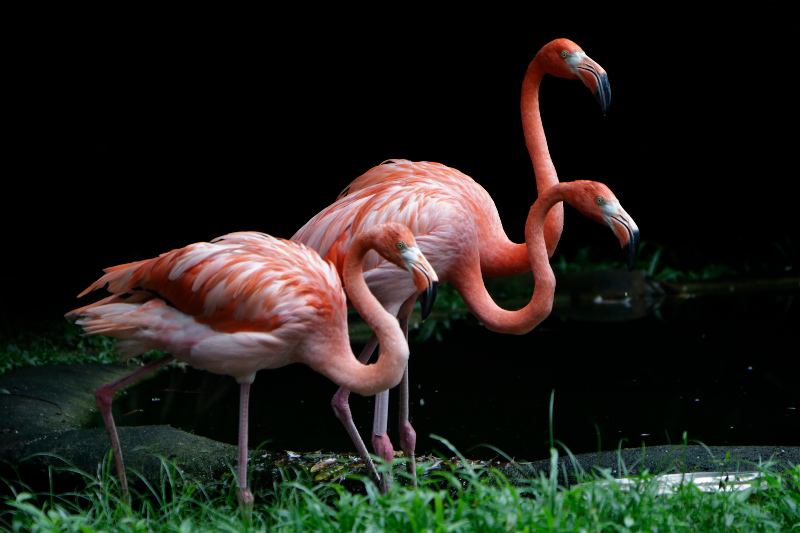 Jurong Bird Park in Singapore is home to over 300 flamingos. Image: Getty

Up on Jurong Hill you’ll find Jurong Bird Park, Singapore’s first wildlife park and Asia’s largest bird park, offering a hillside haven for more than 5,000 birds across 400 species. The flock of flamingos, which includes both American Flamingos and Caribbean flamingos, has the sprawling Flamingo Lake to call home. 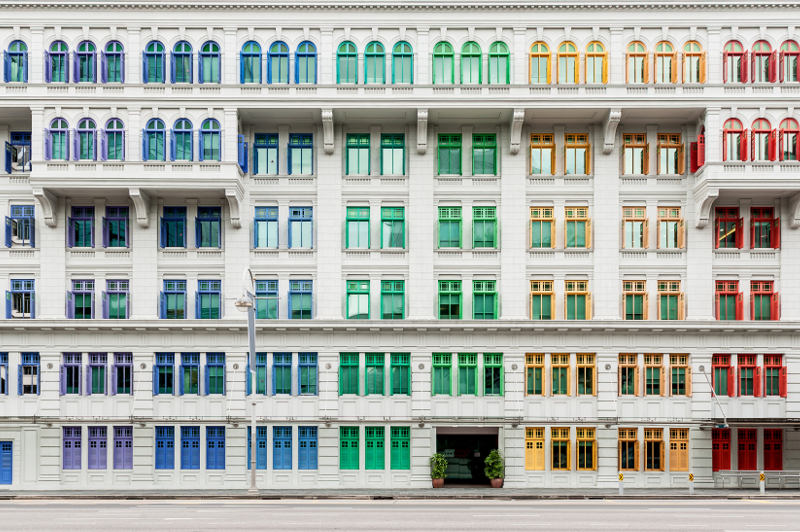 Previously known as the Old Hill Street Police Station, this colourful structure now houses the Ministry of Information, Communications and the Arts – it’s the MICA Building, for short. Located on the corner of Hill Street and River Valley Road, this Insta-hit is now a Singapore icon, showing how a lick of rainbow paint (not to mention significant internal refurbishment) can transform a staid government building into the kind of place that’ll give you a spring in your step as you walk past. 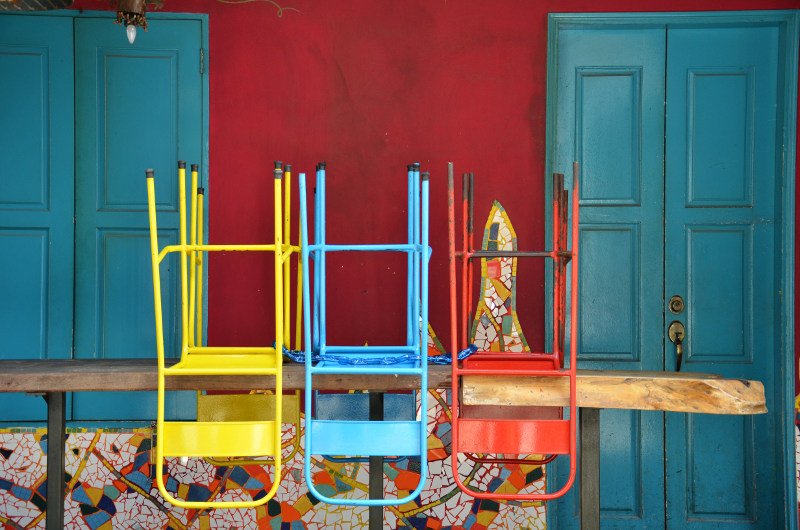 Known for being one of the narrowest streets in Singapore, Haji Lane, tucked away in the heart of the Muslim quarter, is a super-hip retail stretch in one of the Lion City’s most authentic and fascinating neighbourhoods. It’s a must-see for art and culture lovers, with the street’s facades decorated with bright colours and occasionally, stunning street art. 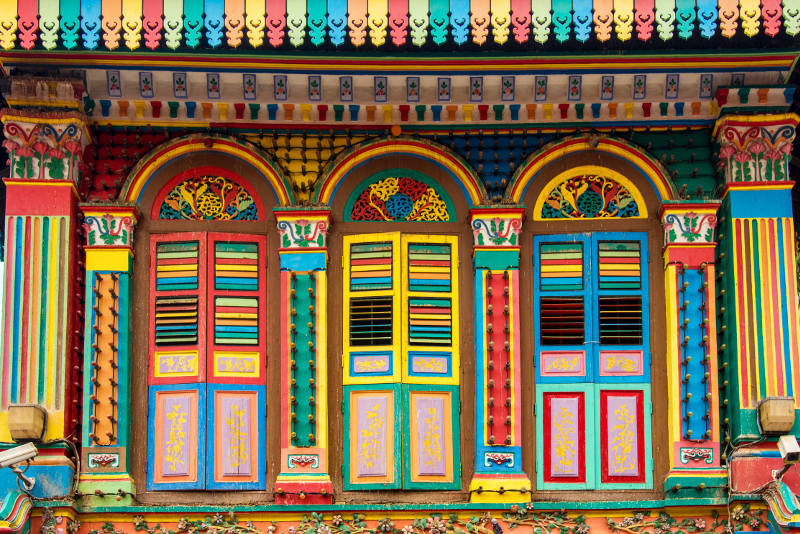 Originally settled in the late 18th century by Indian labourers, Little India lives up to its name as a tiny pocket of India itself. For the ultimate in colour, check out the House of Tan Teng Niah at 37 Kerbau Road. This two-storey, free-standing structure survived Chinese colonisation and has been maintained by locals since. And, while you’re in Little India, try something delicious at one of the many curry houses in the neighbourhood.