To Australians, he might not be that well known, but in his homeland of New Zealand, Peter Gordon is the nation’s culinary gun and one who’s taken delectable Kiwi cuisine to the tables of Melbourne and London.

Gordon, who is of Maori descent and was born in the coastal town of Whanganui, has been a consultant for Air New Zealand for the past 15 years, spends his time between London and Auckland, overseeing The Providores and Tapa Room and Kopapa (London) and The Sugar Club and Bellota (Auckland). 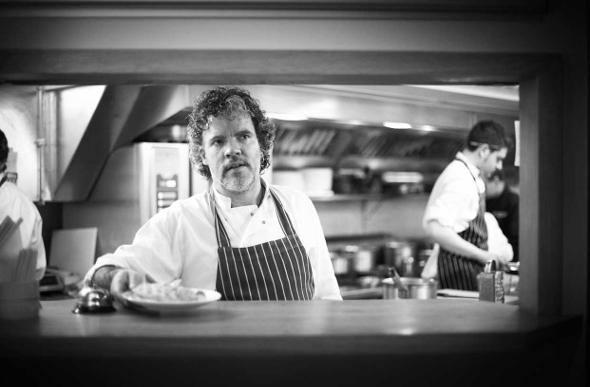 Chef Peter Gordon in his element

Bellota has been a standout in Auckland’s culinary scene since opening in 2006 and has been firmly focused on serving up an award-winning selection of Spanish wines and dishes served tapas-style.

“Bellota is Spanish for acorn, and I chose this name in honour of the acorns that the Iberico pigs eat in their last 15-18 months of life before being transformed into the most delicious pork products known to the gastronomic world - Jamon Iberico de bellota,” Gordon says.

“The menu is as authentic as we can make it in New Zealand where Spanish ingredients and wines are only just beginning to make headway and become more easily available.”

His newest venture, The Sugar Club, on level 53 of the Sky Tower in Auckland, debuted in August 2013 to immediate success.

To Kiwis, The Sugar Club has quite the history in New Zealand, having been the name of a restaurant Gordon opened in Wellington in 1986 and one that also saw London outposts in Notting Hill and Soho.

“I hold so many special memories of The Sugar Club and I'm so pleased to have taken it to Auckland,” Gordon says.

Gordon says The Sugar Club in Auckland has been “styled on 1930s Art Deco Italy” and it “harks back to the 80s menus” of his restaurant in Wellington. 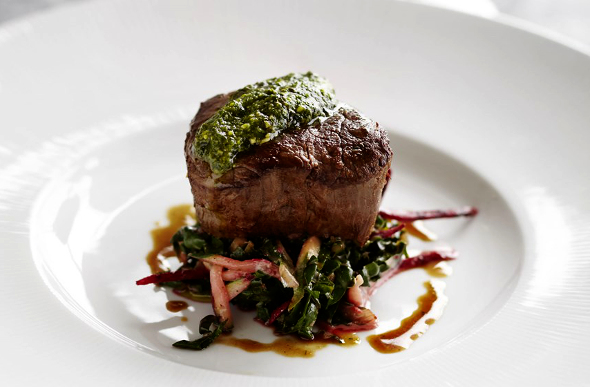 Art on a plate

When you’re at The Sugar Club, expect locally-sourced New Zealand produce that’s a top to bottom showcase of what the country has to offer.

“Our menu is based around small seasonal plates packed full of flavor,” he says. “We source the finest produce from around New Zealand and mix it up a little with flavours from around the world.  We call it 'Fusion Cuisine'… our guests call it delicious.”

Gordon believes New Zealand is a nation that can deliver memorable dining experiences and that’s exactly what he wants to offer.

“A native paua (abalone) cooked just so, drizzled with some lemon-scented extra virgin olive oil and topped with a little mashed kumara (sweet potato) will make you feel good, both physically and emotionally,” he says.

Down on Princes Wharf at Hilton Auckland, FISH restaurant showcases another celebrity Kiwi chef’s cuisine, this time Simon Gault, who oversees eight restaurants across New Zealand and who is a judge on Masterchef New Zealand. 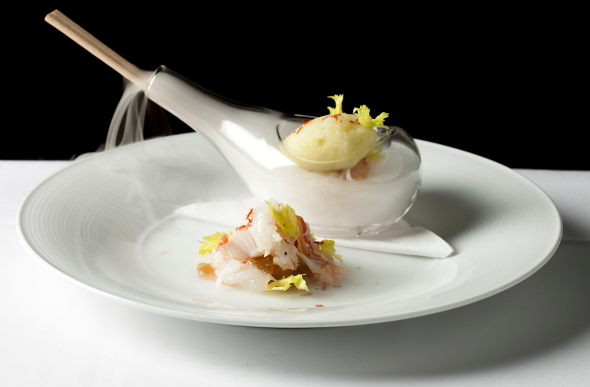 In a former derelict warehouse space on Sale Street is one of New Zealand’s most highly acclaimed restaurants, Clooney, led by owner Tony Stewart and chef Des Harris.

The five-course degustation with matching wines serves up fare from across the country on a constantly evolving menu which changes with the seasons and what’s available to Harris.

Vegetarian? No worries. Harris has a five course vegetarian degustation that also comes with matching wines.

There’s also an a-la-carte menu on offer at Clooney, however it’s best to leave it in the hands of Harris and Olasz as the task of selecting food and wine here is nothing short of arduous.

Down the street from Clooney at La Zeppa on Drake Street, the choice of dishes is somewhat easier. Here, it’s about shared plates, both large and small, including the likes of slow roasted lamb necks, braised ox cheeks and a seafood medley. The chicken liver pate is a must order, as are the smoked lamb and olive meatballs, as are the mussels and crispy calamari. 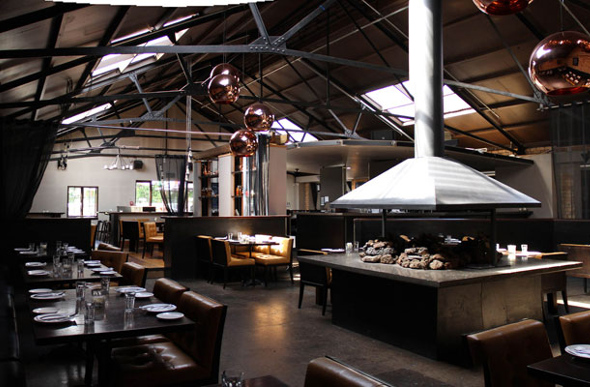 Where La Zeppa also excels is with the wine list. Here, it’s about top affordable drops, from the aromatic Mt Difficulty Pinot Gris from Central Otago to a medium-bodied Trinity Hill Syrah from Hawkes Bay and a Nga Waka Botrytis Riesling from Martinbourough. Here, you can drink well without breaking the bank.

James Gregory Wilkinson has been writing about travel for the past 19 years and is currently the Travel Editor at Time Out Australia, a role that takes him across the globe on a monthly basis. He’s a travel expert on Sky News Australia and has been published globally in over 20 newspapers, magazines and online.
more articles from this author