Almost immediately, Kathmandu's Tribhuvan International Airport was closed and reports surfaced of climbers stuck on the mountain and damage to Everest Base Camp.

Over the next few days a grim picture emerged of a growing death toll, a series of avalanches damaging Base Camp and many travellers remaining unaccounted for.

Back in Sydney on 27 April, Kylie Jacob, Team Leader at Flight Centre Marrickville Metro, was in the shop when a man called Simon walked into her store clearly distressed and looking for help.

As his story unfolded it emerged that his partner, Andreas, was stuck in Nepal at Everest Base Camp. Although his scheduled flight wasn't due to leave until the 30th, he still wasn't sure if or how he would make the flight.

"I could clearly see he was upset and needed help. I asked all the usual questions regarding his booking. Who did you book with? Did you take out travel insurance?

"The flights had been booked online and travel insurance was held with one of our competitors. Despite all this, I asked for his details and contacted his travel insurance provider to gauge the situation.  I reassured him we would do all we could to get this sorted today," recalled team leader Kylie. 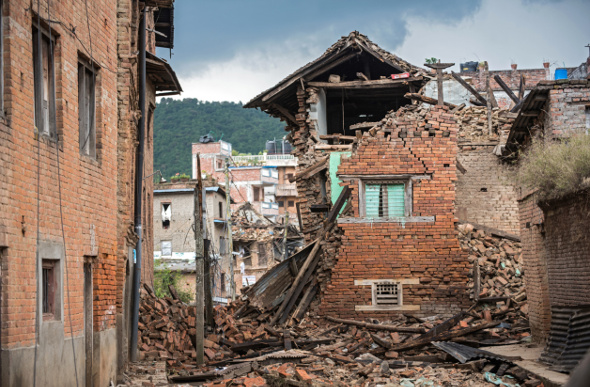 It turned out Andreas' travel insurance provider wasn't happy to cover the costs for new seats purchased in a different class, and with all the flights filling up rapidly it didn't leave Kylie with many, if any, options. At this stage Andreas was still stuck at Base Camp and wasn't sure when or how he would be able to get out.

Kylie organised a 'team conference' and spoke with Andreas on the phone, making a plan to get him out of Base Camp and lock in his flights home as soon as she knew he was on the way out.

"We made a million back-and-forth phone calls to check in, as it was so important to only book the flight once we knew he'd be able to board."

The other issue Kylie faced was that flights weren't running to schedule. Given Andreas' travel insurance provider wasn't willing to cover the costs, it was important to make sure he wouldn't be charged even more in the event he didn't make the connection.

"I called our product team in head office to double and triple-check the fare rules for flexibility in the event that the flight didn't leave Kathmandu or if Andreas got stuck and wasn't able to board," Kylie recalled.

Unsure about insurance? What You Need To Know About Travel Insurance

Don't forget this check-list: Essential Items For An International Flight 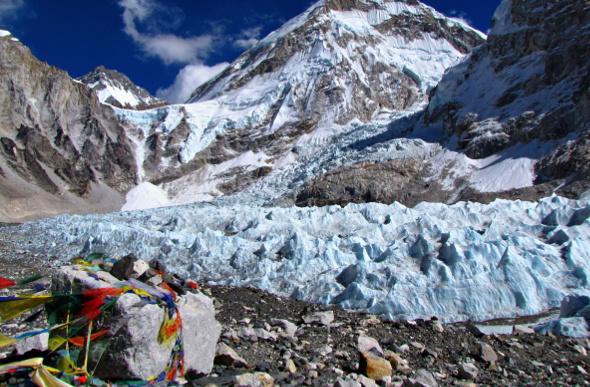 Andreas and other Everest trekkers were left stranded at Base Camp after the disaster (Image: Getty)

In between all of this, word got around to Andreas' friend (and fellow trekker) that he had someone helping him, so the friend asked for Kylie's help too.

Kylie was able to secure Andreas the last economy seat on a flight the very next day (28 April), a few days ahead of his original scheduled flight.

With all the economy seats booked out and his friend starting to fall very ill, Kylie booked the very last business-class airfare to ensure Andreas' friend was at least on the same flight.

"The night before the flight, the pair slept outside the airport in a tent. It was so important that they beat the queues, so I had pre-arranged their check-in, boarding passes and seat selection. The only thing that would've held them up was trying to fight their way through a queue we were hearing was over one kilometre long at times.

"Thankfully, they were able to walk right past and board straight away," she said.

At the end of the day, Simon, Andreas and the friend were all grateful for Kylie's efforts.

"They weren't existing clients, but all I knew was that I had to do what I could to help them during an extremely distressing situation.

"The only downside for Simon and Andreas is that if they'd been with Cover-More [Flight Centre's preferred travel insurance provider] the whole ordeal wouldn't have cost them a cent. They spent thousands of unnecessary dollars getting a ticket out of there."