With blue skies, green parks and several maroon football teams, life in Brisbane is colourful and laid back. Soak up some sun and 'take it easy' in the sunshine state. 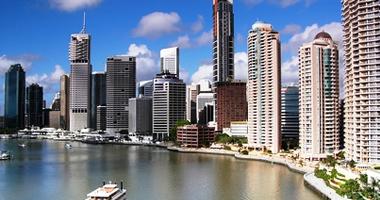 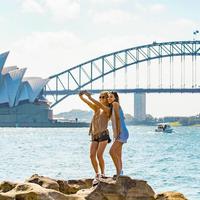 Want to discover the bright lights...

Brisbane is the capital of sunny Queensland and is found at the bend of the Brisbane River. The City itself is very hilly and is surrounded by parks such as South Bank Parklands, Roma Street Parkland and the City Botanic Garden. Brisbane is also home to the world's first koala sanctuary as well as a range of wildlife parks, museums, markets and mountains.

Most Brisbane cruises disembark at The Portside Wharf cruise terminal on the Brisbane River in the suburb of Hamilton, 5km from the city centre.

View Brisbane's diverse city skyline while reclining on a man-made beach at Southbank. This family friendly precinct is full of playgrounds, pools, parks and cafes and is a great place to have a typical Queensland barbeque with friends. Further along the river you'll find Brisbane's cultural hub made up of the Queensland Performing Arts Centre, Gallery of Modern Art (GOMA), Science Centre and Queensland Museum as well as fine dining restaurants. Want to see it all? Take a tour of Brisbane...

Between a swim at Southbank and a stimulating stroll through GOMA, venture a few streets back to the multicultural suburb of West End for lunch. Here you will find some of the best food in town presented in authentic and eclectic ways. Whether you crave traditional Australian, Indian, Asian, Mexican or the area's specialty, Greek, West End's relaxed cafes and trendy restaurants are sure to satisfy.

Hop on a CityCat ferry at Eagle Street Pier and head up the river to see both city and suburban views of Brisbane. Once you've had enough, get off at South Bank or West End for lunch.

Brisbane is the gateway to cruising Hawaii, New Zealand, Asia and the South Pacific. Learn more about Cruising from Brisbane.