Famously known as Europe's cultural capital, Istanbul is an exotic metropolis with a seductive history. While its eclectic past remains present, modern Istanbul has flourished into a mega city hotspot where nightlife, dining and creativity are amongst some of the best in the world. 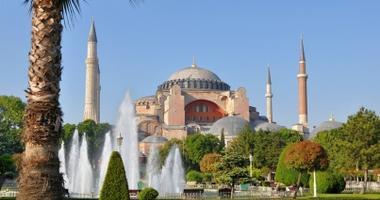 Visit the mosque of Hagia Sophia
1 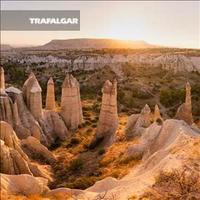 East meets West in this Turkish extravaganza which reveals the Byzantine and Ottoman past of Istanbul, the fairy-tale landscapes of Cappadocia and...

East meets West on this 15-day journey across the fairy-tale landscapes and ancient landmarks of Turkey. From the lavish palaces of Ottoman sultans...

Welcome to Turkey, a diverse cultural mecca where relics of the ancient world blend seamlessly with lively local markets and palm-fringed promenades...

Travel along the age-old trading routes that linked East and West revealing all the Highlights of Turkey. Do some haggling of your own in Istanbul’s...

Fall in love with Turkey on this 11-day guided tour. See Ephesus, an ancient city built in the 10th Century B.C. with an amphitheater that once sat...

From the legends of Troy to ancient Greek cities, your travels will reveal the places where history happened. On this in-depth Best of Turkey voyage...

Travel Turkey on this 15-day guided tour. See Cappadocia, where golden landscapes give way to caverns below. You’ll descend into a local resident’s...

The city of Istanbul, formerly Constantinople, is sprawled around the Golden Horn harbour in the northwest of Turkey. Istanbul sits on both the European and Asian side of the Bosphorus Strait, making it the only city in the world to span two continents. Its significant location has seen Istanbul thrive throughout history as a city of importance. Istanbul was once the capital of the Roman Empire, the Byzantium Empire, the Latin Empire, the Ottoman Empire and is the largest city in Turkey today. With such a rich history to build on, modern day Turkey is a colourful metropolis where ancient Turkish baths are as much a part of the city landscape as world class shopping centres and giant sports stadiums.

Istanbul cruises disembark at the passenger terminal in Karaköy, located in central Istanbul.

Many of Istanbul's popular attractions revolve around the city's distinctive history and are located close by to Sultanahmet Square. From the square, start at the large and lavish Topkapi Palace. It was here that the Ottoman Sultans resided for approximately 400 years during their reign. Close by you can visit the Sultan Ahmed Mosque which is commonly referred to as the Blue Mosque due to the blue tiles that line the walls. To see modern Istanbul, head north to Galata or New Istanbul and stroll the streets of hip neighbourhoods.

To taste a range of traditional flavours, opt for a mezze where you can sample a variety of hot and cold dishes including meats, salads, cheese and bread. Make sure you have a few people to share it with.

Hagia Sophia is Istanbul's most famous mosque turned museum and is regarded as the epitome of Byzantine architecture.

Test out your haggling skills at one of the city's bazaars by asking 'Ne Kadar'? Which means 'how much?' in Turkish.