Once referred to as the Queen of the Pacific, today Seattle, the Emerald City continues to glisten like a finely cut gem stone. 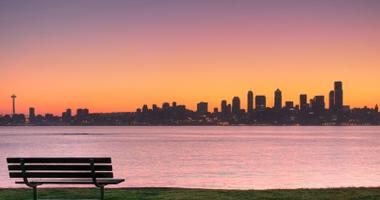 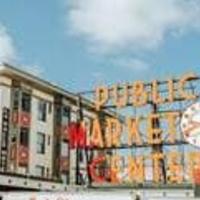 This trip will have you reaching for your best plaid shirt, as you take a decidedly hip tour of the laid back Pacific Northwest. Starting in sun-...

Europeans first colonised the region in 1851 and gave the settlement the name, Seattle two years later as an anglicised version of Sealth, a local Indian chief. The city soon garnered a reputation as a centre for jazz and coffee - the international chain Starbucks started trading here. Technology is also big business with Boeing, Microsoft and Nintendo all being set up in Seattle. Seattle's central heart is located between the Puget Sound and Lake Washington.

You'll definitely be sleepless with the many attractions on offer in Seattle. For views of the city and the surrounding natural beauty, head to the observation deck of either the iconic Space Needle or the Smith Tower that's located on the waterfront. In the unlikely event that the heavens open, consider exploring the Seattle Art Museum, Seattle Aquarium or the Seattle Asian Art Museum. The city is blessed with dozens of picturesque parks so enjoy wandering through Discovery Park, Green Lake or Kubota Garden.

Head to the Pike Place Market for the freshest produce and incredible array of seafood.

The striking architectural design of the Central Library is definitely worth admiring.

The technology corridor to the east of central Seattle, which includes the suburbs of Bellevue, Overlake, Redmond and Bothell is often referred to as Billville after a famous technological pioneer.

SpaceBase, the gift shop located at the bottom of the Space Needle is extensive. So finding the most appropriate memento shouldn't be too difficult.