Tweet
Read Time: 7.6 mins
South Australia has developed a reputation for being a hidden gem. While it is less visited and less populated than its New South Wales and Victorian neighbours, it can definitely hold its own with its rich culture, history and experiences. With so much to see and do, this beautiful state has surprises hidden around every turn.  From great food and wine to a spectacular outback, here are 26 things that might surprise you about South Australia...

1. It’s One Of Australia’s Food Capitals

Adelaide is a foodie paradise and one of the best places to go is Adelaide Central Market. The place is full of everything from local produce, artisan cheeses and organic meats to sourdough bread and buttery fudge. Adelaide also has a strong restaurant scene, with many of them using high-quality local ingredients.

If you love wine, there is a good chance you will love Adelaide and South Australia South Australia is home to 18 different wine regions and has officially been named a Great Wine Capital of the World...its in good company with the likes of Bordeaux and Napa Valley! About an hour's drive from the city, the Barossa is without a doubt one of Australia’s premium wine regions. Wander into over 80 cellar doors, tasting some of the most awarded wines in the world and digging into sumptuous local produce. Or if you‘re short on time, the world famous Penfolds Magill Estate is only 15 minutes from Adelaide CBD.
Wine not your tipple of choice?  Then check out many of the micro-breweries or gin distilleries dotted around the city and state.

Adelaide is known for having a vibrant and thriving art scene. The Art Gallery Of South Australia has one of the largest collections of arty gems in the country. The museum is like a walk-through time with exhibits that span the ages with pieces from ancient Rome and 1800s Australia through to contemporary pieces.
Street art is also popular in South Australia. You will find sculptures, murals and installations scattered across the city. Trades Hall Lane is a good place to visit, here you’ll find a giant ball wedged between buildings or visit Rosina Street Car Park where you’ll find thousands of toy cars stuck to a wall.

Adelaide is often overlooked for its beaches, but with around 20 kilometres of pristine coastline within reach of the city – it can be a great place to soak in some rays. Adelaide’s most popular beach is the family-friendly Glenelg, which is easily accessible by hopping on a tram. Here you will find plenty of bustling cafes, clothing boutiques and restaurants.

5. There’s A Lot Of Great Festivals

If there’s one thing Adelaide loves, it’s a festival –in fact, it has long been known as the ‘Festival State’ because of its year-round festival calendar. The party really heats up in February and March with Adelaide Fringe, Adelaide Festival and WOMADelaide. In April/May, Tasting Australia gives visitors a chance to sample spectacular food and drink from around the state along with some wonderful and unique dining opportunities. If you are visiting Adelaide during winter, make sure you check out Illuminate Adelaide to see the city lit up by cool lights. 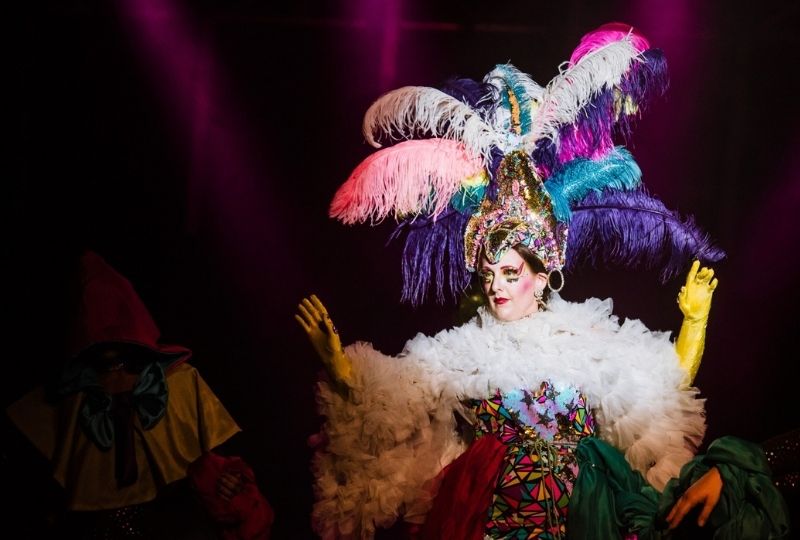 South Australia is crawling with native animals and Kangaroo Island is a great place to spot some Aussie wildlife. Spanning over 20 hectares, Kangaroo Island Wildlife Park is home to more than 1,000 animals. Here you can cuddle a koala and hand-feed kangaroos and wallabies.
There is plenty of exotic animals too. Head to the Adelaide Zoo which houses around 250 different species. Here you will see star attractions such as Wang Wang and Fu Ni, the zoo’s resident pandas.

RELATED: Kangaroo Island: All The Best Things To Do

Wilpena Pound is Australia’s unknown icon. Covering around eight times the area of Uluru and 300 metres taller – Wilpena Pound is the crowning jewel of the Flinders Ranges. The colossal rock formation is best known for its crater like shape that forms a natural amphitheatre that is laced with walking trails. A scenic flight is another great way to experience the magnitude and beauty from above. 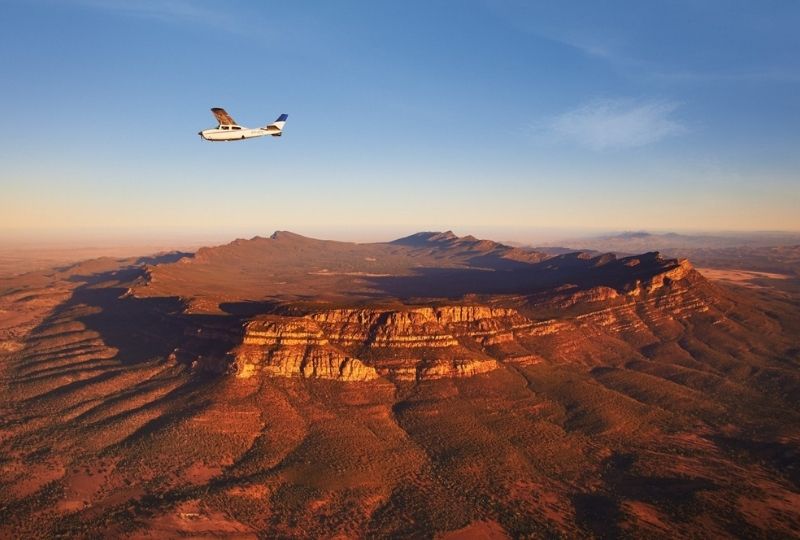 Adelaide is known for being incredibly convenient to navigate. The city boasts an excellent transport system, that locals say, can get you anywhere you want to go in 20 minutes. With everything you need within close proximity – it’s very easy to fill the day with excitement.

9. Adelaide Was A Free Settlement

Adelaide is the only capital city in Australia that was not settled by convicts. The city was developed in 1836 for free settlers, the majority of which had no criminal history.

10. Home To The Biggest Display Of Indigenous Australian Artifacts

The South Australian Museum is home to the largest collection of Australian Aboriginal cultural material in the world. As part of their repatriation efforts, the museum is committed to making these items accessible to indigenous communities so that they can teach, develop and practice their spiritual and religious traditions, customs and ceremonies.

Adelaide has always been a city of forward-thinking. In fact, it was the first city to give women the right to vote, recognise Indigenous land rights, and criminalise sexual and racial discrimination. The museum also cares for almost 4,000 restricted objects. In July 1971, the Aboriginal flag was flown for the first time in the heart of Adelaide.

Located on the roof of one of Adelaide’s most historically significant buildings, you will find the 2KW Bar & Restaurant. Overlooking the city, the bar offers postcard-worthy views that make it a go-to for locals and visitors. The contemporary dining serves up a delectable variety of South Australian produce. Can't decide on what to order? The chef’s ‘feed me’ menu will leave the decision up to the professionals!

RELATED: The Finer Side Of South Australia

This festival is a unique way to celebrate the tuna fishing industry. Tunarama is a family-friendly festival with markets, show rides, dinners and of course the world-famous Tuna Toss.

Formed from a sinkhole, this sunken garden is a sight to see in South Australia’s  Limestone Coast region. The Umpherston Sinkhole, was formed when a limestone cave collapsed. Now, the topsoil forms the perfect environment for plant life to grow. The best way to appreciate the size and depth of this sunken garden is from the viewing platforms at the top before walking down through the terraces and hanging vines to explore the garden. 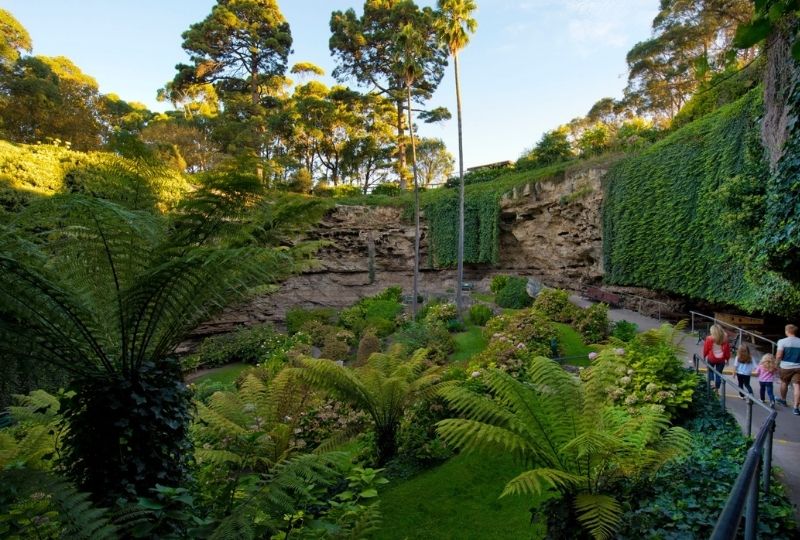 16. There’s A Festival For Cheese

If you’re a cheese lover – it doesn’t get much ‘cheddar’ than this. Cheesefest is a festival dedicated to cheesy goodness. Learn all about the history of cheese and how it’s made – and don’t worry, there will be plenty of chances for tastings.

Lake Eyre is one of Australia’s most iconic landmarks, but the thing that will surprise you about it – is just how massive it is. Lake Eyre is the largest salt lake in the world comprising of around 400 million tonnes of salt. One of the best ways to fully take in the magnitude is from the air with a scenic flight. 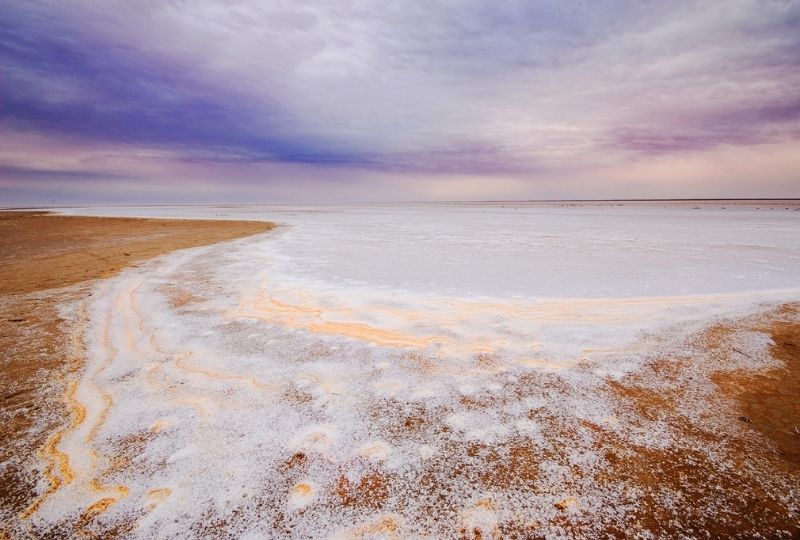 The Adelaide Himeji Garden brings a taste of Japan. The garden blends together two classic styles. The first is Senzei, which uses water and the imagination to create visions of grandeur and vastness. The second is Kare Senzi, which uses rock and sand to evoke the presence of water.

The Big Winch 360 in Coober Pedy is Australia’s first permanent Circlevision cinema experience. Vision and sound surround the audience as they are taken on a journey through the Outback.

In South Australia’s Mount Gambier region, is a sinkhole filled with beautiful natural water. This popular swimming hole is called the Little Blue Lake. The lake got its name from the fact that the water used to turn blue annually. With a maximum depth of 47 metres, the sinkhole is popular with cave divers, although access is limited to holders of the CDAA Deep Cavern grade.

If you have ever wondered what it would be like to spend a night underground? Then check out Dug Out B&B in Coober Pedy. This 3 bedroom and 2 bathroom bed and breakfast is one South Australia’s more unique accommodation offerings because it’s completely underground. Much of Coober Pedy, often referred to as Australia’s Opal Capital, is underground due to the high temperatures over summer.

The d’Arenberg Cube is one of the most iconic cellar doors in Australia. Shaped like a giant Rubik’s Cube floating above the vineyards, the cube invites curious wine lovers in offering tasting rooms, several bars and a restaurant set over five levels with 360-degree views. 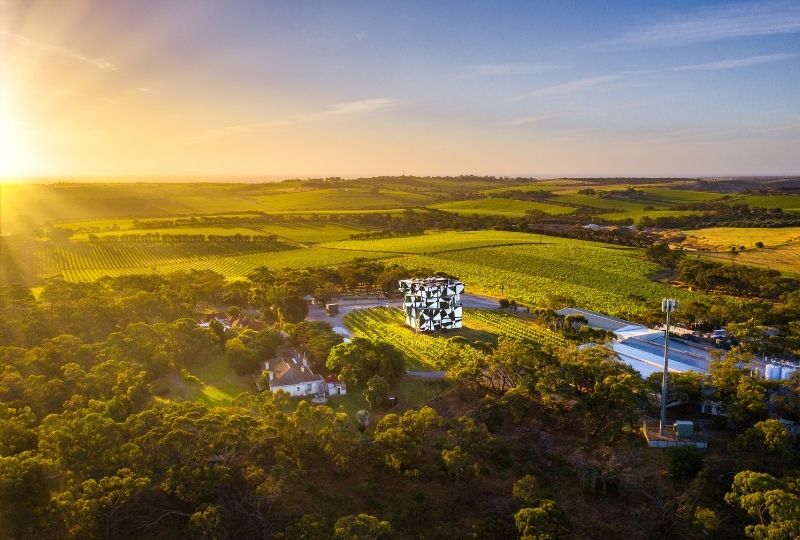 23. There Are Ghost Towns

South Australia is home to some of the eeriest abandoned towns and villages. These long-forgotten towns are remnants of Australia’s gold rush and were once bustling with miners. But as the gold dried up, these towns became completely deserted. Some of these towns are nothing more than ruins, but some places, such as Farina and Silverton have been meticulously preserved.

24. There Are Ship Graveyards

Adelaide is known for having a rich maritime history. Evidence of this can be found dotted across the coastline of South Australia with 19 ship graveyards. Many of these ships are permanently exposed or can be seen at low tides – so keep an eye out.

Excited to discover everything South Australia has to offer? We Can Get You There

The Finer Side Of South Australia
19 July 2021
All too often we set our sights abroad when searching out luxury experiences, commonly looking to reliable standards such as New York, Paris or
Read Time: 4.2 mins