From the coast to the outback via the reef and rainforests, TNQ is the ultimate beach-meets-bush trip. 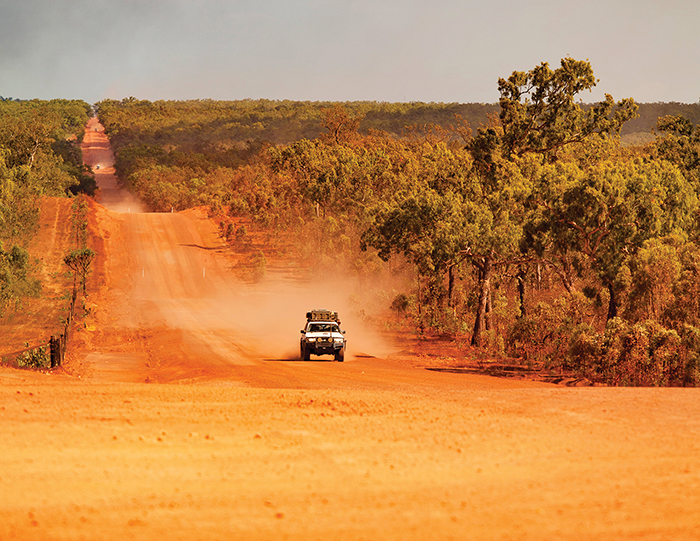 With so many emerging destinations around the world, sometimes we forget what is  on our doorstep, such as the Daintree, Whitehaven Beach and the Great Barrier Reef. But ask any Australian who loves getting off the beaten track what their bucket-list looks like and you can almost guarantee that Cape York will be near the top.

When you think about it, it's not surprising that the Cape, the ultimate beach-meets-bush trip in Tropical North Queensland,  is high on the list for many. What is surprising is just how little thought we'd given to going, until it started to pop up more and more over the camp fire during group trips. Timeframes were discussed. Two weeks, three, a month? Seasons, equipment, routes, accommodation. Before we knew it, we'd formed a plan. It wasn't something we'd done consciously but it suddenly made so much sense to 'do the Cape' – it was right on our doorstop and it was everything we looked for in a trip. 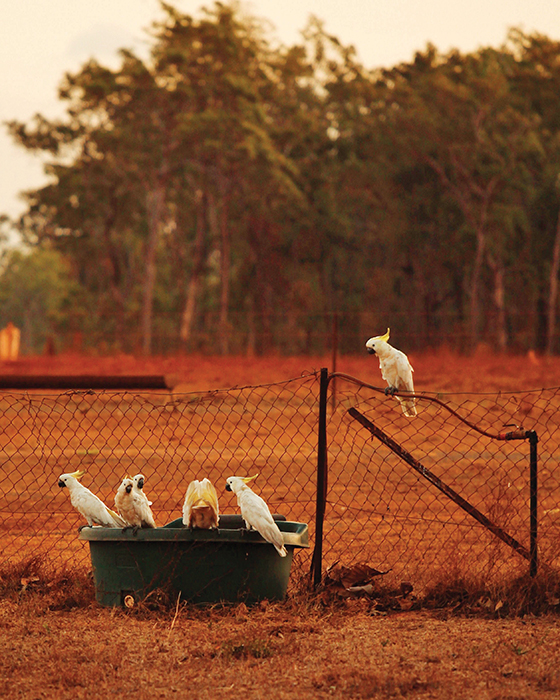 Sunset is when nature is truly at its most magical on the Cape. The sky becomes  a deep, fiery orange – the fading golden light caught in clouds created by the dusty roads. Wildlife emerges after a day spent hiding from the relentless heat. Jabirus and brolgas fish lily-lined waterholes, cattle come in to graze at farmsteads, wallabies tentatively explore campgrounds and cockatoos screech and splash as they gather at water troughs to drink. 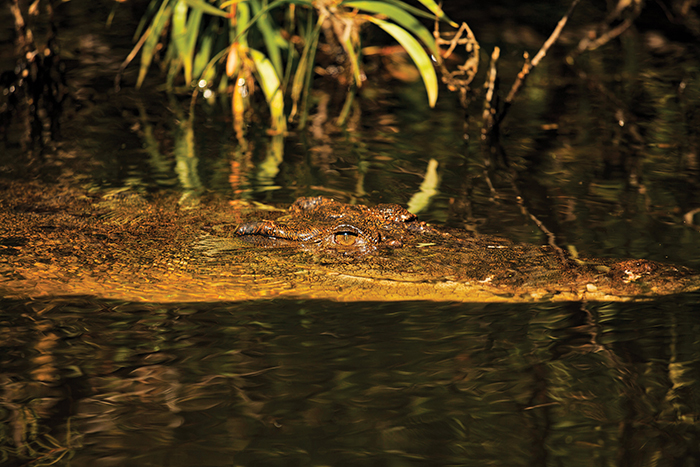 As Queensland's second-largest national park, Rinyirru (Lakefield) is teeming with wildlife. During summer the gates to Rinyirru close as 'The Wet' descends on the Cape, creating wide floodplains. Come winter the waters recede, leaving a few rivers, waterholes and lagoons where you're bound to see waterbirds, turtles, dingoes, wallabies and crocodiles as they congregate for food and shelter. In a six-person seaplane, we can barely contain our excitement on a scenic  flight over the Whitsundays. During our hour-long journey, we circle breath-taking Whitehaven Beach, more islands than we can count (there are 74 in total) and a seemingly never-ending series of reefs.

Halfway into the flight, the pilot announces we're about to y over the famous Heart Reef. Situated within Hardy Lagoon, it measures just 17m wide, but it really is something special from the air. Not long after this, we experience a ‘touch and go' landing, descending and skimming across the ocean between reefs for 100m before climbing again. The Great Barrier Reef is a must-do but to truly comprehend the enormity, you need to see it from the air. 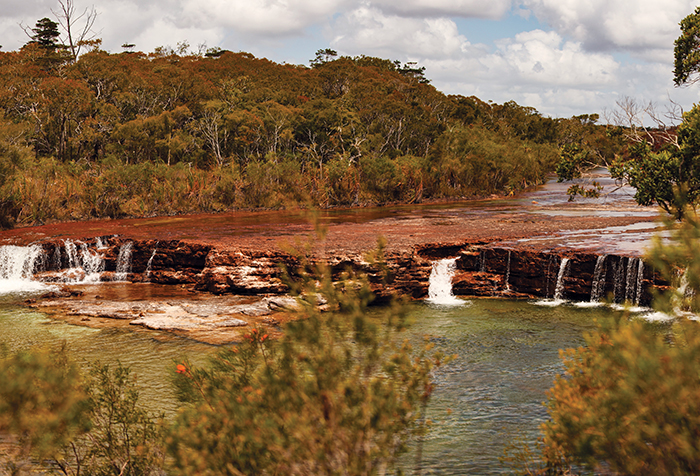 Just past the halfway point on the Old Telegraph Track (or bypass roads if that's more your style), Fruit Bat Falls is the embodiment of an oasis in the desert. Red dirt ends and suddenly before you is a waterfall cascading over amber rocks into crystal-clear emerald pools. It's easy to spend hours luxuriating in the cool waters, or clambering up the rocks and exploring the pools above. Also worth stopping at is Eliot Falls Campground, which contains three additional (and equally beautiful) waterfalls: Eliot, Twin and The Saucepan. Best of all? They're all croc-free. 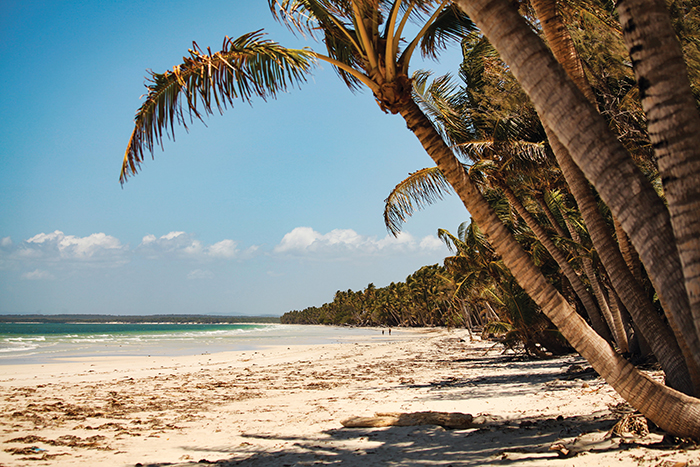 Looking like something from a postcard, Chilli Beach is a must-do for anyone exploring Cape York. Deep within the beautiful Kutini-Payamu (Iron Range) National Park, this stretch of beach is pure paradise – and it's not uncommon  to have it to yourself. It's worth spending some time here walking the coconut palm- fringed sands – its location means the beachcombing is second to none. Originally formed in the late 1800s  to facilitate communication to the tip,  the Old Telegraph Track (OTT) is as quintessentially Cape York as it gets. While appearing dead straight on a map, the track actually snakes its way through 80km of bush, covering rutted tracks, log bridges and dozens of creek crossings from Bramwell Station to the Jardine River. The perfect balance of history, adventure and relaxation, the OTT really showcases the best of everything the Cape has to offer. 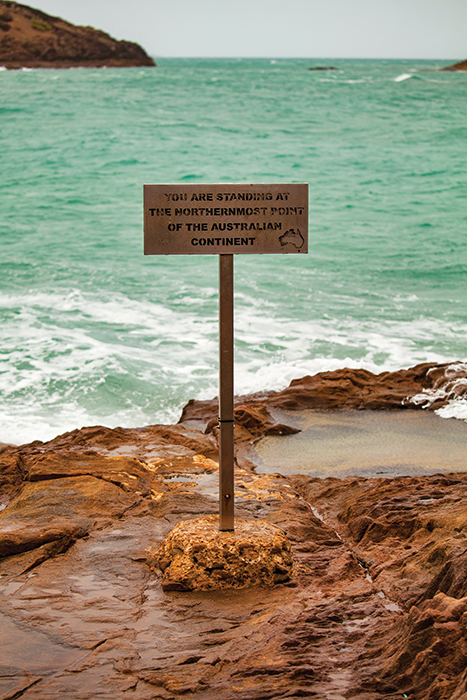 After weeks of driving, we're finally  here – the tip of mainland Australia.  The final drive is a little surreal with  red road winding through a lowland rainforest that leads to the rocky point of Pajinka. Clambering over the rocks to the legendary sign and Torres Strait beyond, I'm reminded of numerous quotes that  talk about travel being the journey not the destination, but on this trip it really is about both. This sign marks a huge achievement for us all.

Explore Queensland for yourself with these deals!

Emma is a Senior Graphic Designer with a keen interest in historical architecture. She loves exploring wonderful old cities across the globe. On weekends you'll find her scouring local hotspots for amazing food or antiques, camping somewhere off the beaten track or taking photos of beautiful places.

Discover The Art Of Melbourne In One Weekend
19 February 2020
From local graffiti to exhibitions of famous ‘80s-era street artists, Melbourne is the place for modern art aficionados. You’ll find inspiration down
Read Time: 7.1 mins
Australia 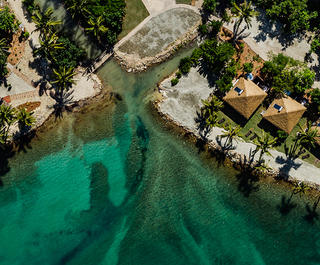 7 Queensland Islands To Add To Your Bucket List
14 February 2020
Queensland is fortunate to boast around 2,000 islands, stretching all the way from Mabuiag Island in the north, to Stradbroke Island in the south.
Read Time: 6.3 mins
Australia 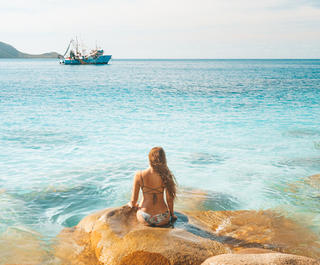 The 7 Things To See And Do In Tropical North Queensland
5 February 2020
Holidaying close to home is a no-brainer because you’ve got no jet lag, no currency exchange to worry about, no need for a passport, no need to get a
Read Time: 3.5 mins
Australia 8 Of Brisbane’s Newest Eateries And Experiences To Explore
30 January 2020
Whether you’re heading to Brisbane for work or leisure, you will want to check out a few of the city’s newest and trendiest restaurant and bar
Read Time: 3.5 mins
Australia

Have You Visited This Aussie Natural Wonder Yet?
25 November 2019
Arriving at Gladstone Airport, I step out onto the tarmac, the Queensland sun on my skin and fresh sea breeze filling my lungs. This is it, I’m so
Read Time: 3.4 mins