Words by The Daily Telegraph

Manchester is home to the UK’s third-largest airport and millions fly out of its terminals every year to more than 210 destinations. If you’re passing through before your next break and want to stay nearby, these are the top 10 airport hotels to consider, from places with pre-holiday pampering to budget beds. 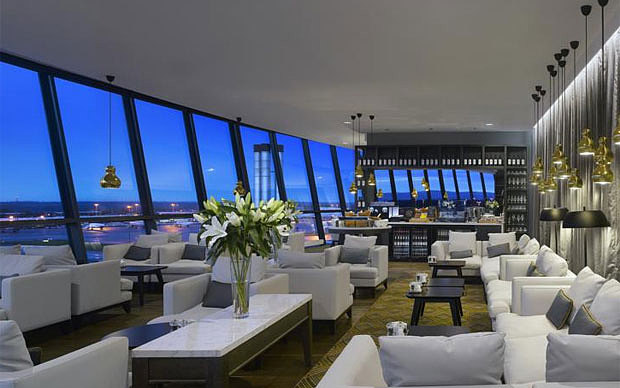 Those after a spot of luxury before their break should consider this recently-renovated hotel.

Complimentary prosecco with breakfast and facilities such as a pool, whirlpool tub and beauty lounge will get you into the holiday mood early, while the convenience of being connected to the airport by a covered walkway, the Skylink, will help avoid any last-minute panics.

The hotel is light, bright and airy and there are great views of runways from certain bedrooms as well as the Business Class Lounge. Eight-night Park, Dream and Fly packages start from A$300 including breakfast. 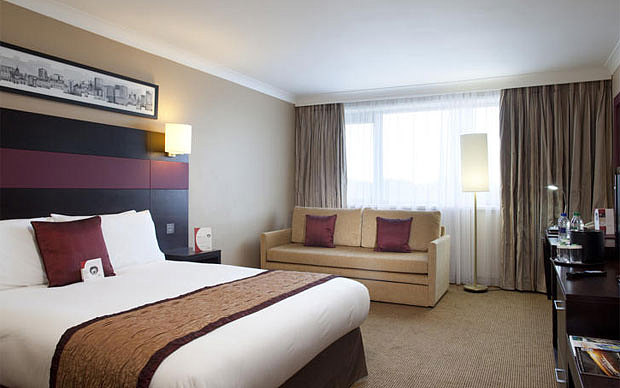 Having recently celebrated its 50th birthday, this is one of the original airport hotels and it knows what it’s doing.

The hotel has a good range of eating and drinking options, including the highly regarded Pan-Asian Sampans restaurant and large Callaghan’s Irish Bar, which has been done out like a traditional pub.

For those on early flights, breakfast is served from 4.30am, there’s a small gym and a free 24-hour shuttle bus runs to the three airport terminals in around five minutes.

Eight-night park, stay and go packages from A$315 including breakfast. 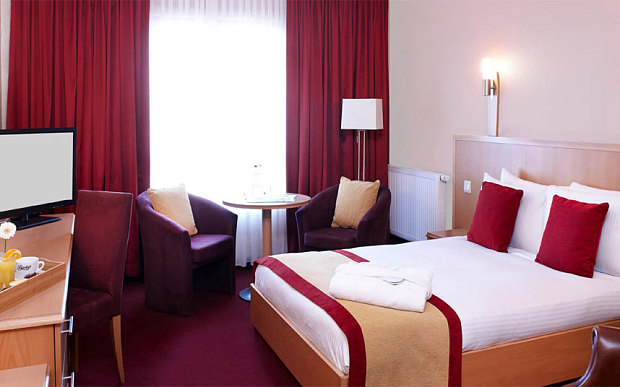 Previously Bewley’s Hotel Manchester Airport, this is a convenient budget option which has recently been rebranded. While changes so far are subtle, there are ambitions to upgrade this from a three- to a four-star property.

It’s a great choice for those with kids as, for a A$40 supplement, a number of family rooms have two double beds and there are “playzones” next to the bar area.

There’s a small gym, a 24-hour shuttle bus to the airport terminals and competitive rates. Eight-day park, stay and fly packages from £96 without breakfast. 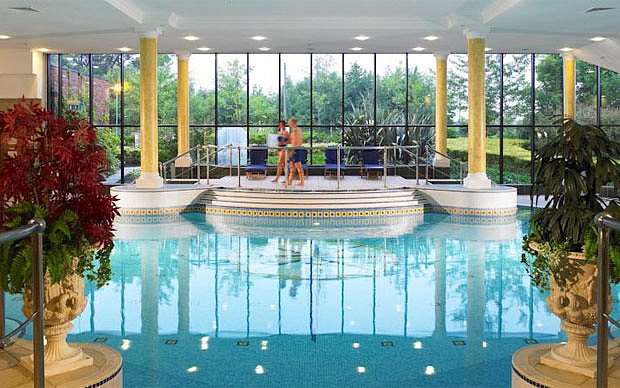 Just a short drive from the airport (allow five to 10 minutes), this large 215-room hotel has a good range of facilities for pre-holiday relaxation including a leisure centre with a large pool and gym, a whirlpool tub, a steam room and sauna.

There’s also a range of free fitness classes and a spa with six treatment rooms.

The popular San Carlo Group has a restaurant here, and the park and fly packages include a taxi to and from the airport (around A$12 each way if not included). Eight-day park, stay and fly packages from A$180 without breakfast. 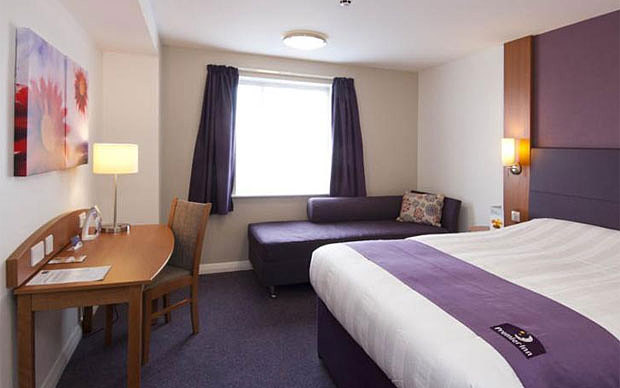 Around two miles from the airport, this clean, modern hotel has everything you’d expect from the Premier Inn chain.

Family rooms have a king-size bed plus two singles and a cot free of charge (if you’d rather two doubles, try the Premier Inn South over the road). Ask for a room on the fifth or sixth floor with a view of the runways.

The sleep, stay and park package includes airport parking at the airport’s Jetparks three car park as well as free parking at the hotel the night of your stay.

If you’re not driving, there’s a set rate of A$12 to the airport with a local taxi firm. Eight-night sleep, park and fly packages from A$150 without breakfast. 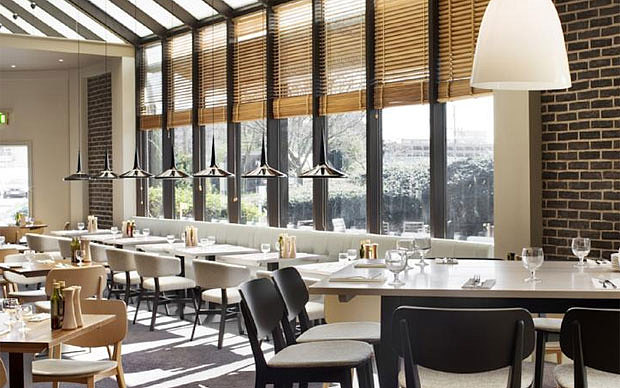 This modern hotel on the airport site offers a free 24-hour shuttle bus to the three terminals in around five minutes, a small but well-equipped gym and a computer area with complimentary printing services - useful for last-minute boarding card panics.

Rooms are spacious with ergonomic furniture typical of the Hilton brand, and family rooms have two double beds (some have a sofa bed too).

There’s a lounge bar serving Costa coffee and a restaurant with a wood-fired pizza oven. Eight-day park, stay and fly packages from A$260 without breakfast. 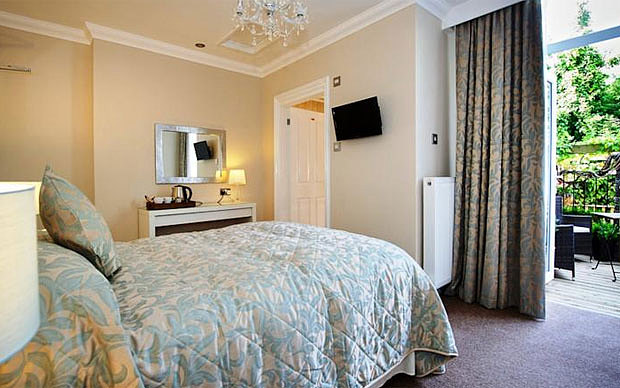 Chains dominate the airport hotel market but this independently-run 18-room hotel is full of homely touches and offers packages with free parking for airport travellers.

Every bedroom is different with classic decoration (think flock duvet covers) and there’s the option to stay in a studio or apartment with a mini kitchen (with a toaster and microwave but no hob).

There’s a small bar area and a local taxi firm offers a set rate to the airport of A$25 until midnight and A$30 after (allow 15 minutes as it’s around six miles away).

If you’re feeling flush, there’s also the option to be chauffeur-driven there in a Bentley for A$100. Park and stay packages from A$175 including breakfast. 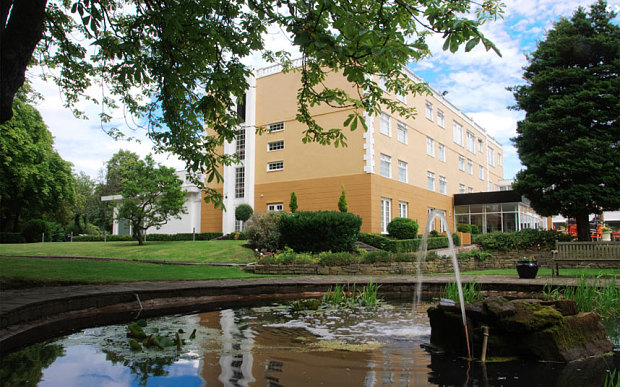 This modern, brightly decorated hotel - think sunny yellow walls with purple furniture - is three miles from Manchester Airport (allow 10-15 minutes to get there) and park and stay rates include a taxi to and from the terminals.

For guests in need of some pre-holiday pampering, there’s a spa with seven treatment rooms, a large gym, a 20-metre pool and a steam room, whirlpool tub and sauna.

With spa and conference packages on offer, a mix of airport travellers, corporate and leisure guests stay here. Seven-day park, stay and fly packages from A$220 including airport transfer but not breakfast. 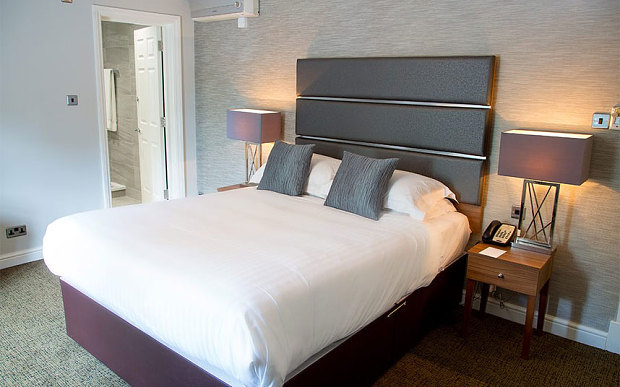 Just around the corner from the airport, this 64-room hotel is a convenient alternative to the chains on site.

Despite its close proximity, the Georgian mansion house with flower-filled hanging baskets, busy décor and a small courtyard seems a world away from the hectic terminals.

There’s a restaurant and bar, and stay, park and fly packages are on offer – your car is taken to a secure car park a mile from the hotel while you’re away and dropped off at the airport when you return. Eight-day park, stay and fly packages from A$225 without breakfast. 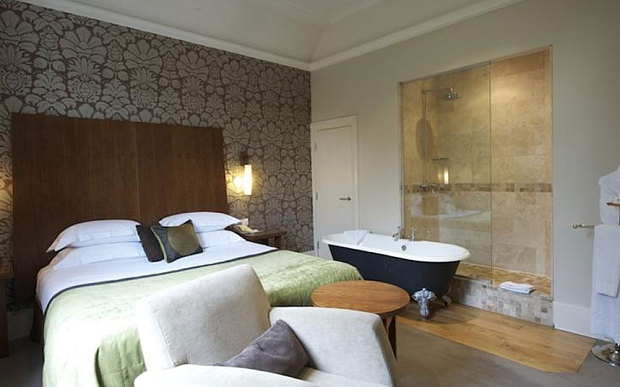 For those leaving the car at home and wanting to spoil themselves before their holiday, this is a boutique option just four miles from the airport (allow 15 minutes in a taxi).

Housed in a Victorian townhouse, the 27 rooms are all unique but share a quirky sense of style – think crushed velvet throws and roll-top baths – and the hotel is set in the well-to-do area of Didsbury which is full of bars, restaurants and shops.

One-night stay from A$150 plus an agreed taxi rate of A$22 to the airport.