Qantas has switched on inflight Wi-Fi for customers travelling on board its internet-capable Boeing 737-800, offering fast, free connectivity on Australian domestic flights. Following months of performance testing with global broadband services provider ViaSat and the nbn Sky Muster™ satellite service, Wi-Fi will now operate in beta mode on a single Boeing 737 aircraft (registration VH-XZB) so customers can test it out for themselves on selected flights while Qantas continues to fine-tune the system. Testing is expected to be complete by mid-year, and from there installation of the technology is expected to begin on Qantas’ domestic fleet of Airbus 330s and Boeing 737s. The roll-out across 80 aircraft will be completed at the end of 2018.

The Qantas system offers speeds up to 10 times faster than conventional on-board Wi-Fi and gives customers the ability to stream movies, TV shows, music and news programs – including through content partnerships with Foxtel, Stan, Netflix and Spotify.  Customers can also stay connected through email as well as social media, watch the latest YouTube clips or shop online. In the interests of everyone in the cabin, however, voice calls will not be allowed. 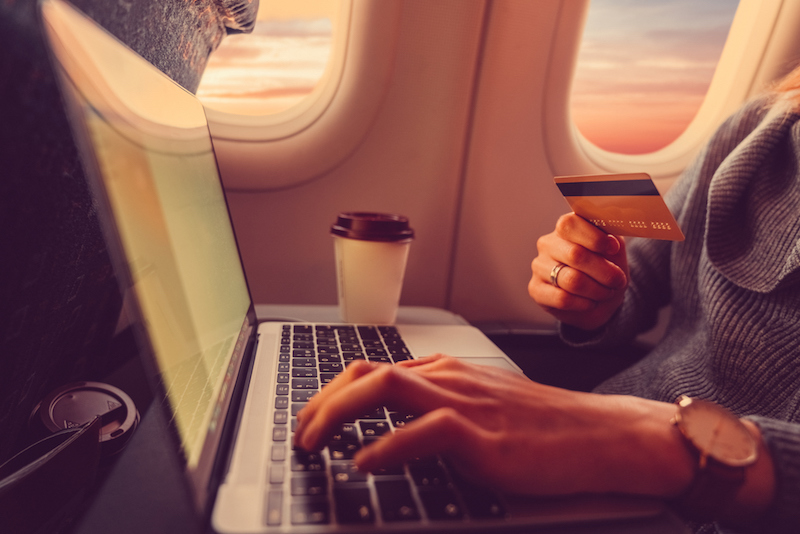 Constant connectivity for those who want it. (Image courtesy of Getty)

In addition to the benefits for customers, Wi-Fi will also provide Qantas pilots and cabin crew with real time information that will improve efficiency and the passenger experience.  Pilots will be able to access detailed live weather, which will help them steer clear of turbulence as well as making better use of tailwinds to reduce flying time. Cabin crew will have more options to better manage customers’ onward journeys while still in the air. It also has the potential to reduce medical diversions. Qantas is in discussions with suppliers to develop an Internet product for its international fleet that can overcome a number of technical, performance and coverage challenges, and deliver a consistent and high quality service that meets customer expectations.

Up to 15,000 Qantas customers per month will experience in-flight Wi-Fi during the initial beta period, increasing to around 15 million per year once the rollout to 80 domestic aircraft is complete. Customer research commissioned by Qantas recently showed the most popular uses for Wi-Fi on domestic flights would be a mix of emails (52% of all respondents), general internet browsing (46%), streaming music/TV/movies (31%), social media (30%) and news (30%).

ViaSat provides Qantas with connectivity between the aircraft, the high capacity Ka-band satellites and the ground stations, which together provide a link to the Internet. The faster connection speeds are made possible through the nbn Sky Muster™ satellite service, which represents a significant upgrade over older satellite technology accessed by most airlines around the world.

The service uses idle data capacity, with the signal reaching the aircraft as it flies through each satellites’ 101 spot beams across Australia. The Sky Muster satellites will prioritise internet demand on the ground over the air, but given the differing times of high demand, has sufficient bandwidth to still deliver high speeds for Qantas passengers. 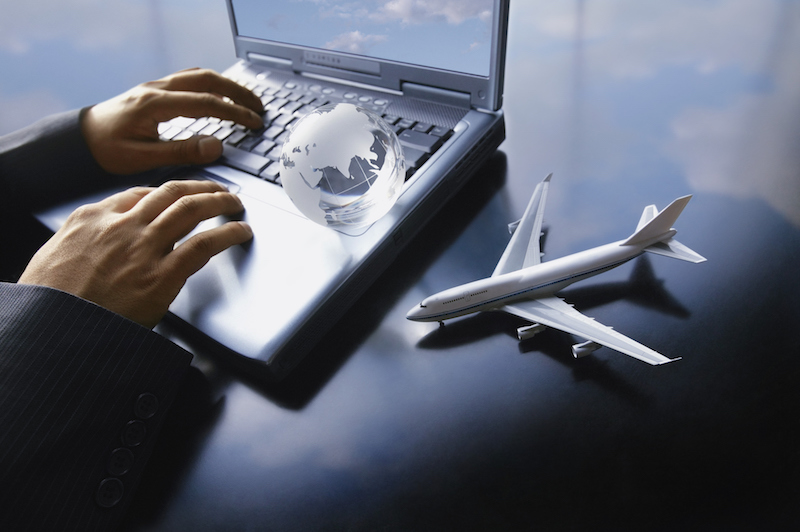 Online access to your emails while flying, can be helpful for punishing deadlines. (Image courtesy of Getty)

The Wi-Fi hardware installed by Qantas engineers in Brisbane includes a satellite antenna mounted on top of the aircraft, as well as multiple wireless access points, which means that all customers will have similar signal strength, regardless of where they are sitting on the aircraft.

A range of Internet services can be accessed on board, however Qantas is working with key content partners to optimise their apps to provide the smoothest streaming service possible. Netflix and Spotify will be available in an optimised format from today, with Foxtel and Stan to follow in coming weeks.