Take a break from the bright city lights and head to one of Tokyo’s beautiful parks with wide, open spaces, cherry blossoms, ponds and walking trails. 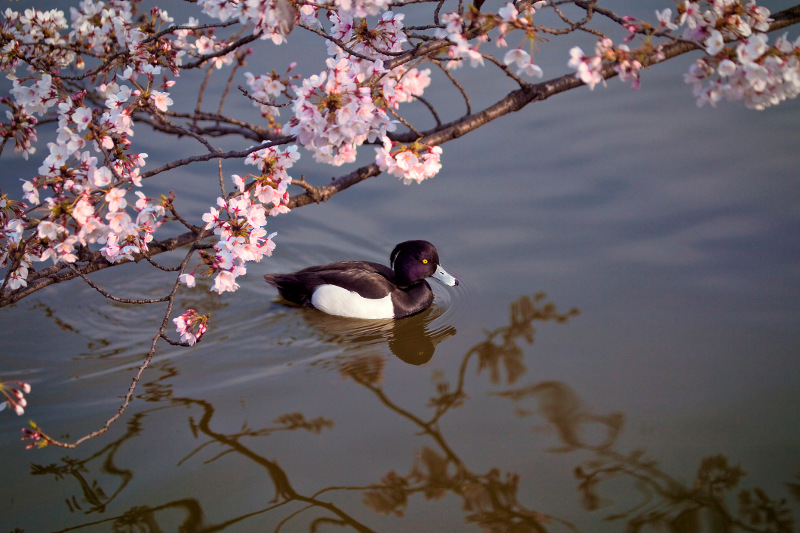 Amongst the park’s 8,800 trees are several varieties of cherry blossom that bloom in early spring. Image: Getty

One of Japan’s first public parks, Ueno Park is celebrated for its cherry blossoms and home to a number of museums, including the Tokyo National Museum, the Tokyo Metropolitan Art Museum and the National Museum of Nature and Science. It is also home to Ueno Zoo. Visit the park in spring and see the hundreds of cherry blossoms in bloom, wander the many cultural facilities, or marvel at the park’s temples and shrines. 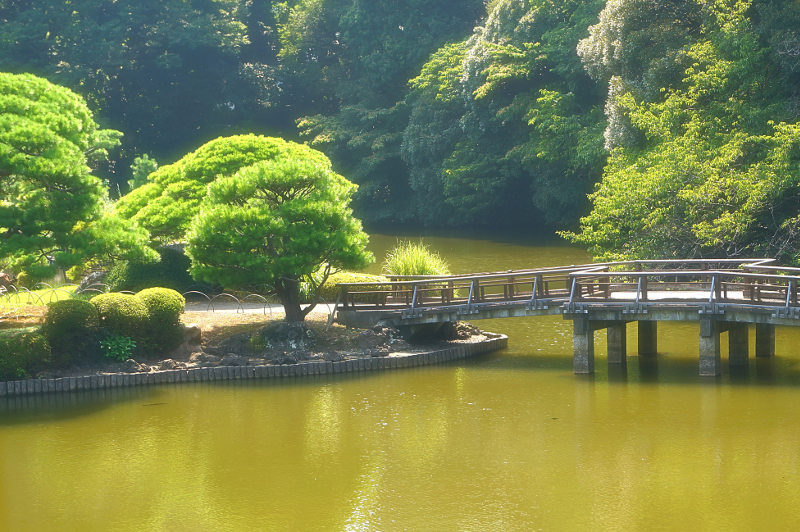 Shinjuku Gyoen is considered one of the most important gardens from the Meiji era. Image: Getty

A large park with an eminent garden, spacious lawns, meandering walking paths and tranquil scenery Shinjuku Gyoen National Park blends three distinct styles – a French formal and English landscape in the north to the south, a Japanese traditional. A traditional Japanese tea house can also be found within the gardens, which is another of the best places in the city to see cherry blossoms. 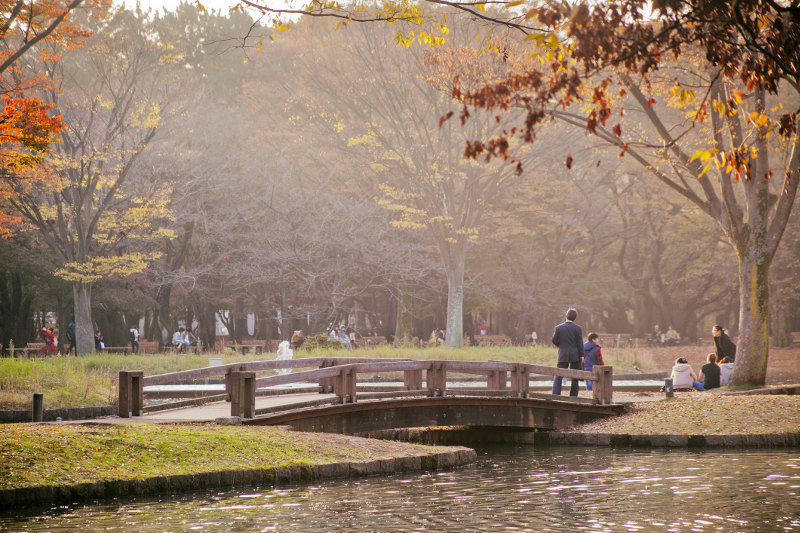 One of the most popular meeting places in the city. Image: Getty

Pack a picnic and head to Yoyogi Park on a Sunday to sit back and enjoy entertainment from Japanese rock music fans, jugglers, comedians, martial arts players and other subculture and hobby groups. Along with picnic areas, the landscaped park has bike paths, cycle rentals and public sport courts. 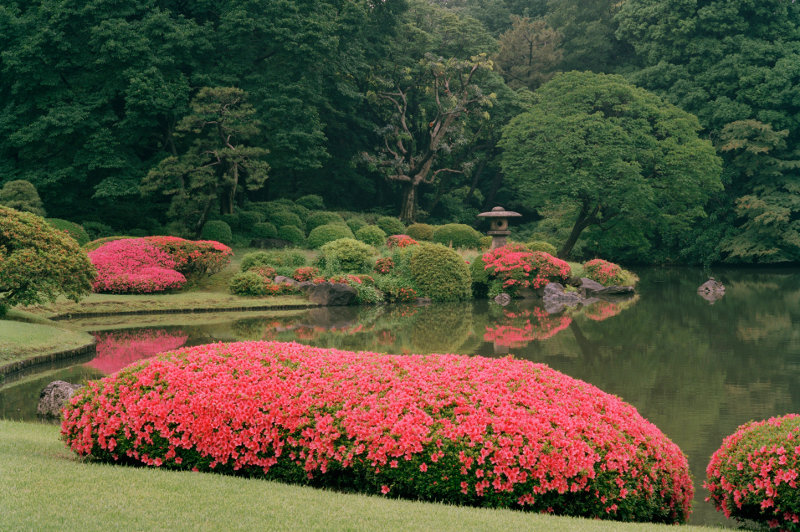 The flat, wide pathways through the gardens encourage a gentle stroll. Image: Getty

Built around 1700, Rikugi-en means Gardens of the Six Principles of Poetry and in 1953 it was specified by the Tokyo City government as a special place of scenic beauty. Visit the gardens and relax by its large central pond, surrounded by manmade hills and forested areas all connected by a network of trails leading to several teahouses. 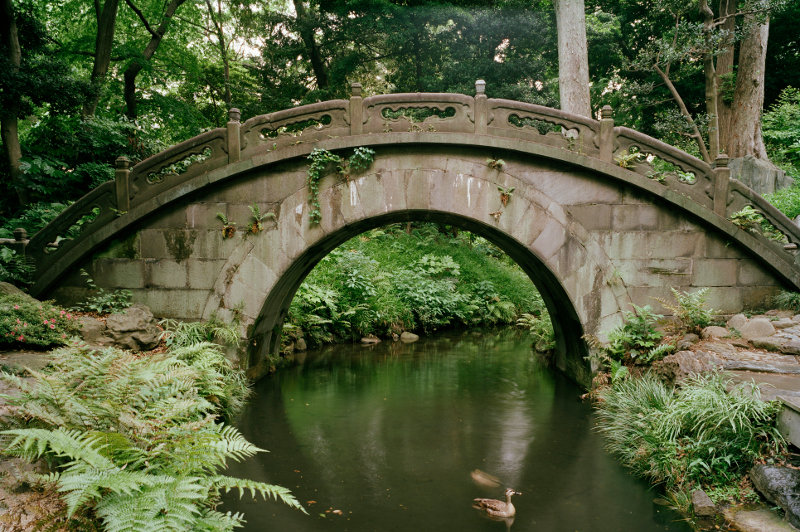 The half-moon bridge is a popular feature of the Garden. Image: Getty

One of two surviving Edo period clan gardens in modern Tokyo, and one of the oldest and best preserved parks in the city, Koishikawa Korakuen Gardens takes its name from a Chinese encouraging a ruler to enjoy pleasure only after achieving happiness for his people. Appointed both as a special place of scenic beauty and a special historic site by Japanese law, the garden includes ponds, trees and manmade hills, with walking trails leading to viewpoints from where visitors can admire the grounds. 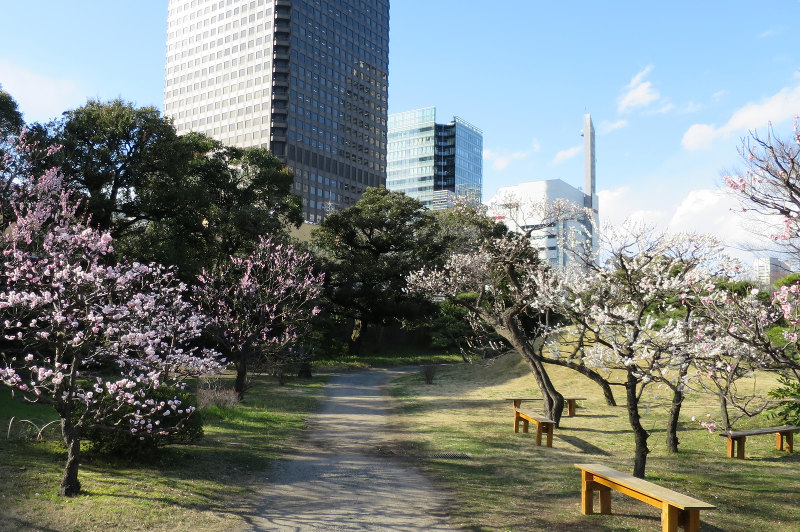 An oasis in the city. Image: Getty

The second of the surviving Edo period clan gardens in modern Tokyo, Kyu Shiba Rikyu Garden was once called the ‘most beautiful’ scene in Japan. A central pond is the garden’s focus, with a circular path surrounding it. The garden also features a children’s playground and a range of plants and wildlife. 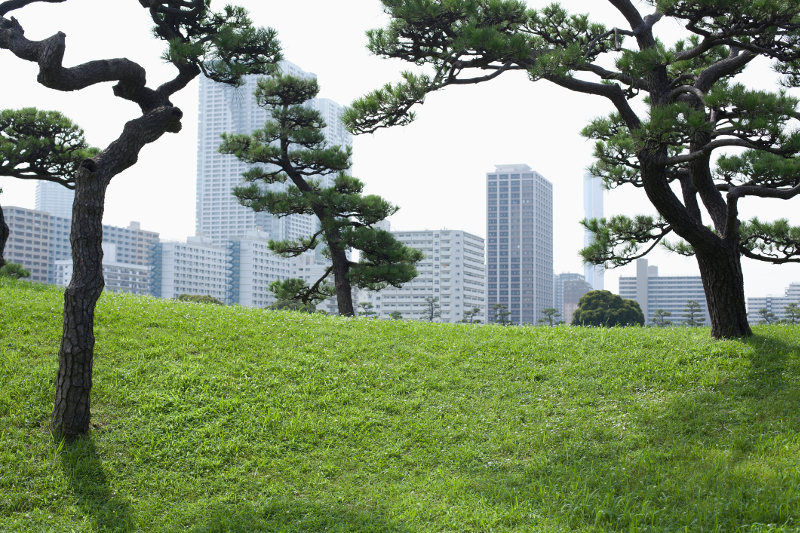 A beautiful place to recharge your batteries. Image: Getty

Located at the mouth of the Sumida River, Hamarikyu Gardens surrounds Shiori Pond, with the park itself surrounded by a seawater moat filled by Tokyo Bay. Enjoy refreshments including matcha green tea and Japanese sweets in a tea-style ceremony at the traditionally styled gardens’ teahouse, while taking in the beautiful flowers that bloom through the seasons and the backdrop of skyscrapers of the adjacent Shiodome district. 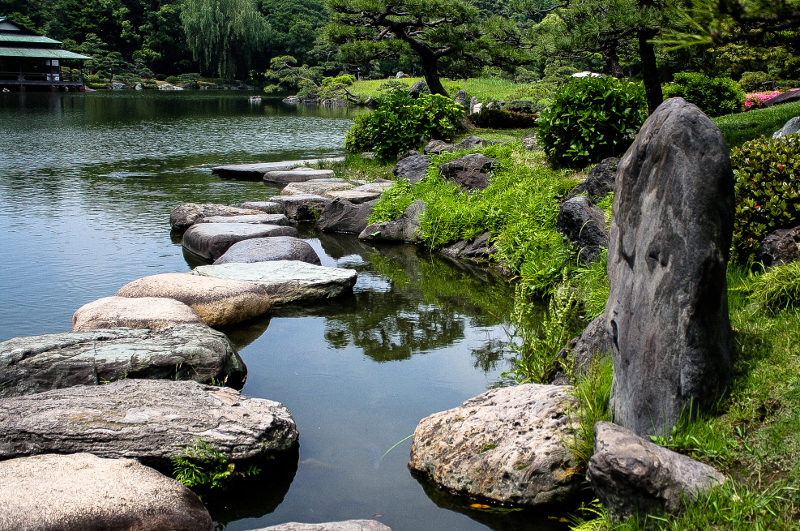 Water-worn boulders were brought in from all over Japan to give the garden its character. Image: Getty

This traditional Japanese stroll garden has many stones set around its grounds, brought in from all over Japan to give the park its character.  There is a pond with three islands, one of which is connected with a bridge, with stepping stone pathways set in the water. When crossing the pond, see fish and turtles swimming in the water below, and sit back in the teahouse-styled Ryotei, a traditional Japanese halfway around the garden. 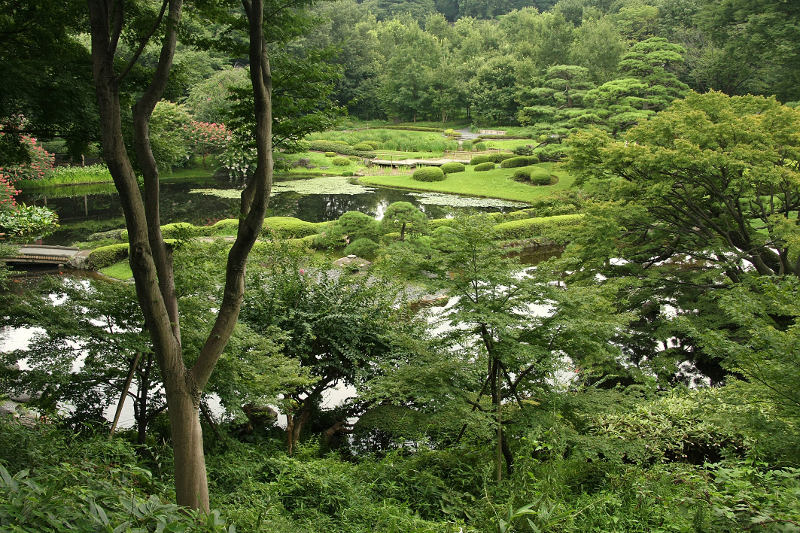 The Imperial Palace East Gardens are the former site of Edo Castle’s innermost defence and while none of the main buildings remain, the moats, walls, entrance gates and several guardhouses still exist. Visit the gardens and see the remaining foundation of the former castle tower at the top of the hill, and at the foot of the hill take in the Japanese-style garden that was created in place of the former buildings. 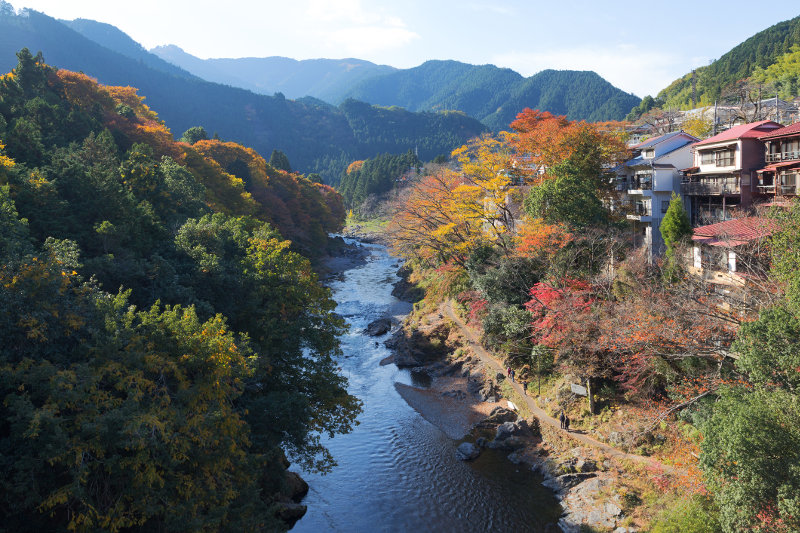 The view from Mt Mitake in autumn. Image: Getty

Those wanting to take a walk in virtually unspoiled nature might like to head to Mt Mitake, less than two hours from central Tokyo and popular among people wanting a break from city life. Along with a shrine, Mt Mitake offers various walking and hiking trails to neighbouring peaks and valleys, with the so-called ‘Rock Garden’, a narrow, forested valley with a picturesque stream, moss covered tones and two nearby waterfalls, one of the mountain’s most beautiful areas.