Vegas isn’t all about slot machines and shopping. In fact one of the most popular things to do in Vegas is to see a show – and Vegas has some of the best. Grand stage performances not only include top international singing acts, but famous spectacles with death defying acrobatics and stunts. Of course it wouldn’t be Vegas without the ubiquitous show girl review, or male striptease act.

One of the hottest entertainment venues in Las Vegas, Caesars Palace features some of the biggest acts and shows in the city. Venture through the outdoor Roman Plaza where grand statues and majestic columns greet visitors to the outdoor concert pavilion. Indoors, the 4,100 seat Colosseum hosts big concerts like Elton John, Celine Dion and Mariah Carey. 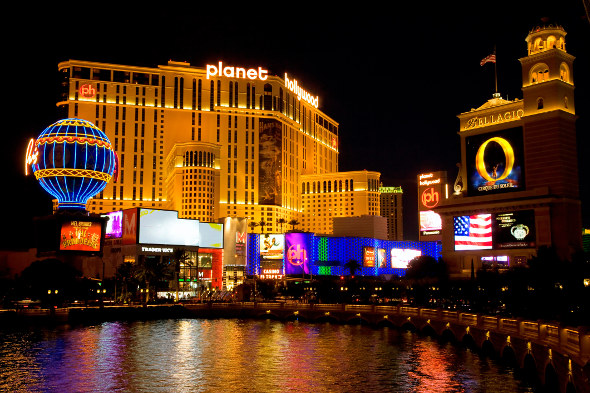 This hip and trendy casino and resort was, for years, the location of the Miss Universe pageant. Today it regularly hosts international superstars like Britney Spears, Jennifer Lopez and long-time greats like Lionel Richie. The AXIS auditorium is the largest theatre on the Vegas Strip with a seating capacity of seven-thousand.

For a taste of Australia, head to Excalibur where the highly popular Australia’s Thunder from Down Under, perform their internationally famous male striptease show. The male review has been so successful that Excalibur renamed their theatre to the Thunder from Down Under Showroom. Other Excalibur shows include The Australian Bee Geez and the dinner and show experience, the Tournament of Kings. Famous singing artists regularly perform here too.

Lovers of Rock music and comedy won’t want to miss the shows at Tropicana. Named the ‘Best Musical in Las Vegas,’ by the Las Vegas Review Journal, Raiding the Rock Vault is a retrospective musical, with original music stars playing the classic rock songs that made them famous. Famous impressionist and comedian Rich Little is another top act at the Tropicana Lounge.

One of the most iconic names on the Vegas Strip, The Flamingo has for decades hosted famous acts. With acts like Sammy Davis Jr and Pearl Bailey, this was where Vegas came to party. Today, this famous casino is as influential as ever with headliner acts like Donnie & Marie and Olivia Newton John, as well as comedy and magic shows, burlesque and tribute concerts. 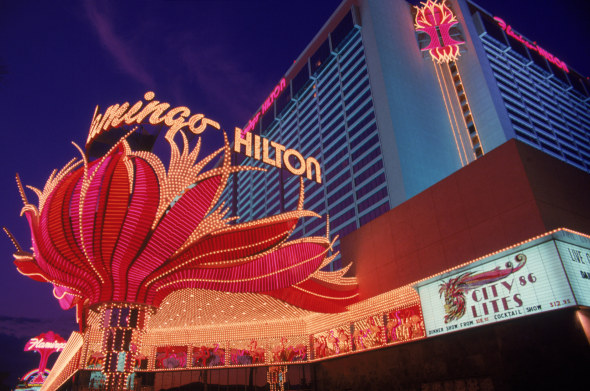 From magic to burlesque and everything in between, Flamingo's is the place to go. (Image: Getty)

A Las Vegas fixture when it comes to shows, visitors to Bally’s Jubilee Theatre can see Mr. Las Vegas himself, Mr. Wayne Newton. A Las Vegas legend, the entertainer sings his way through his long hit list. Tony N’ Tina’s Wedding is an interactive comedy show and box office sensation where the audience members serve as the guests to a farcical wedding.

Wynn Las Vegas is known for its acrobatic show called Le Rêve – The Dream. Centred around a magnificent indoor pool, performers dive, dance and perform feats of acrobatic magic in this water spectacular. Wynn offers a dinner and show pairing for a truly magical night of food, fun and entertainment. Another of Vegas’ top rated performances is Showstoppers. For those who long for flashy Vegas costumes and stylish dance numbers, this is the show for you. 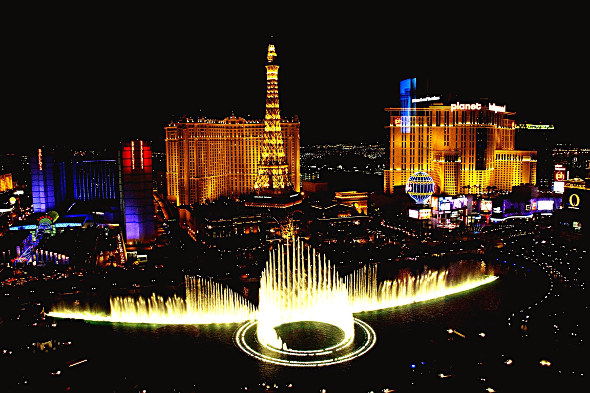 There's more to the Paris Las Vegas than the Eiffel Tower out front, the 12,00 seat Le Theatre des Arts is home to the world-renowned Jersey Boys show. (Image: Getty)

The 1,200 seat Le Théâtre des Arts at Paris Las Vegas is home to top show Jersey Boys. The famous musical that dramatizes the story of the Four Seasons R&B music group, the show has won several top awards. The Chateau Showroom features the adult show 53X. Combining a male and female review, 53X is a proactive act with four men and four women.

Get ready for a night of surprises with the internationally famous Penn & Teller. This wacky duo has been entertaining Vegas audiences for years – and their show is as fresh and as dazzling as ever. Audience participation is key in this magic and comedy show, and guests are brought up on stage to assist with the astonishing tricks.