Balinese culture revolves heavily around centuries-old Hindu beliefs, with thousands of temples dotted around this picturesque tropical island. The ‘pura’ – or temples – come in all shapes and sizes, making them a must-see on any trip to Bali.

Here's a list of the top 10 temples that should be on your to-do list during your next holiday in Bali.

Find these breathtaking temples in Bali

The oldest, holiest and largest temple in Bali, the ‘Mother Temple of Besakih’ is actually a sprawling complex of 23 related temples spilling out over six terraced levels on the slopes of Mount Agung.

The largest of the temples is Pura Penataran Agung, and the early-morning views over the lush mountainside surrounding it are spectacular. The touts en route to the temple can be aggressive, but the serenity once inside more than makes up for it. 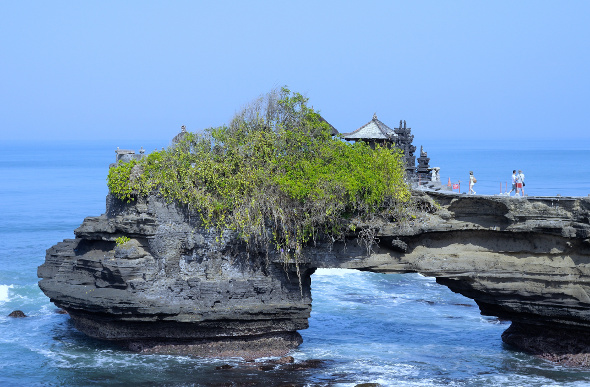 It’s one of Bali’s most popular tourist attractions, but Pura Tanah Lot is stunning even when it’s crowded.

Perched atop a rocky outcrop jutting out into the Bali Sea, this hauntingly beautiful temple is especially busy at sunset, when it creates a spectacular silhouette against the dimly-lit horizon. Early morning visits are also popular, though be aware that access is limited during high tides.

One of Bali’s famous nine directional temples built to ward off evil spirits, the breathtaking Pura Luhur Uluwatu towers above the landscape atop a soaring 60-metre cliff.

Its spectacular location is enhanced by the nightly kecak performances, showcasing the best of this traditional Balinese dance against the most dramatic of backdrops. 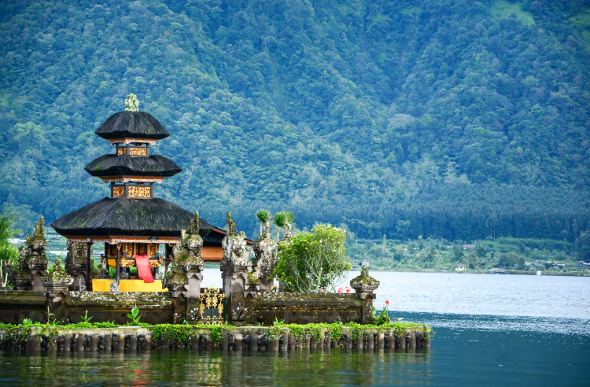 Long considered the second-most important Balinese temple after Pura Besaikh, Ulun Danu can seem a world away from the crowded temples on the coast. Built next to a picturesque lake in mountainous Bedugul, Ulun Danu is often shrouded by an atmospheric cover of fog.

The views over the surrounding countryside are spectacular, but it’s the cool hillside climate and stunning scenery that make Ulun Danu one of the most beloved Balinese temples.

Located near the centre of Bali island is the sacred Hindu temple of Tirta Empul, with its famous holy water springs a popular attraction for adherent locals and visitors alike.

Make an offering before you take a dip and prepare to bathe your worries away. The complex itself is believed to be more than a thousand years old, making it one of Bali’s most historically significant Hindu temples. 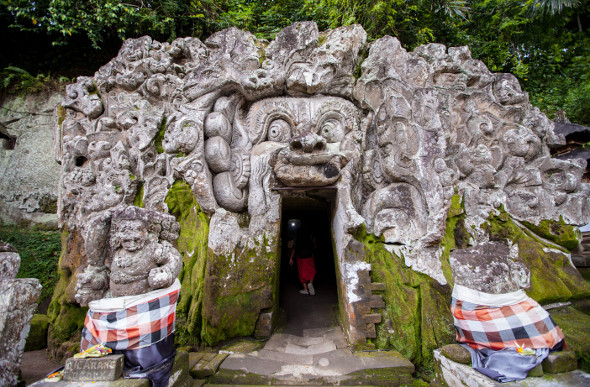 Instead, Goa Gajah is revered for its awe-inspiring cave entrance, carved out of the rock in the 11th Century to resemble a fearsome demon.

One of the more unique temple complexes in Bali, Goa Gajah is located just outside Ubud in the heart of the island. Its name – which translates to ‘Elephant Cave’ – is borrowed from the nearby Elephant River, though you’ll find a distinct deficit of pachyderms in either.

Check out the best beaches. 10 Best Beaches In Bali

Getting to know your way around. Get To Know Bali’s Districts

Another of Bali’s nine directional temples constructed to protect the island from evil spirits, Goa Lawah – or ‘Bat Cave’ – has stood for over a thousand years. For much of that time it has been filled with a colony of resident bats, but don’t let that put you off visiting.

In fact, you can enjoy a sunset of a very different kind as close to a million bats take to the skies for their nightly feed. 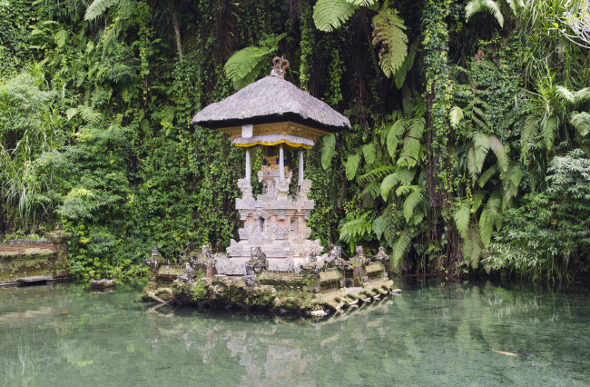 Pura Gunung Kawi's location is as stunning as its carvings (Image: Getty)

One of Bali’s more remote complexes, Gunung Kawi is located north-east of Ubud in the town of Tampaksiring. Featuring 10 towering shrines carved into the rock face, its location at the bottom Pakrisan River valley is as stunning as its imposing stone carvings.

Though not strictly a holy temple, the entire complex is nevertheless believed to be the burial place of the Udayana dynasty’s King Anak Wungsu and his many wives.

Bali’s most famous temples quite rightly attract a crowd, so if you’re looking for a temple experience off the beaten tourist path, then Pura Luhur Batukaru is as isolated as it gets.

Situated deep in the jungle on the southern slopes of Mount Batukaru, this historic temple complex is one of the most revered in Balinese culture and is revered as the first stop for pilgrims to the summit of Mount Batukaru. 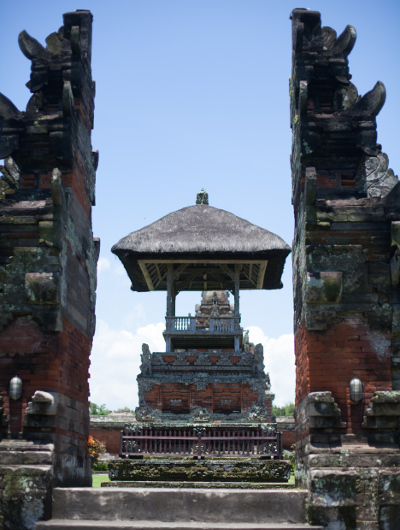 If tranquility is paramount, then the UNESCO World Heritage-listed Pura Taman Ayun is the perfect place to provide it.

Constructed in 1600 by the King of Mengwi, this royal temple is surrounded by a shimmering moat, which gives the complex the appearance of floating on water. Its ornate gates and multi-tiered pagodas complete the effect in what is one of Bali’s more serene temple complexes.

Visit your local Flight Centre store or call 131 600 for more advice and the latest deals on travelling to Bali.