Australia’s Best National Parks: 10 In Tasmania You Need To Get To

Australia’s Best National Parks: 10 In Tasmania You Need To Get To

The smallest of the Australian states, Tasmania certainly has some diverse wilderness packed into its small land area. In fact 40% of Tasmania is protected national parks or state reserves. A trip to the Apple Isle may require more time than you expect, with imposing coastal landscapes, pristine untouched forests and diverse alpine landscapes home to an incredibly diverse and abundant line-up of wildlife. Here are 10 National Parks to add to your travel plans right away. 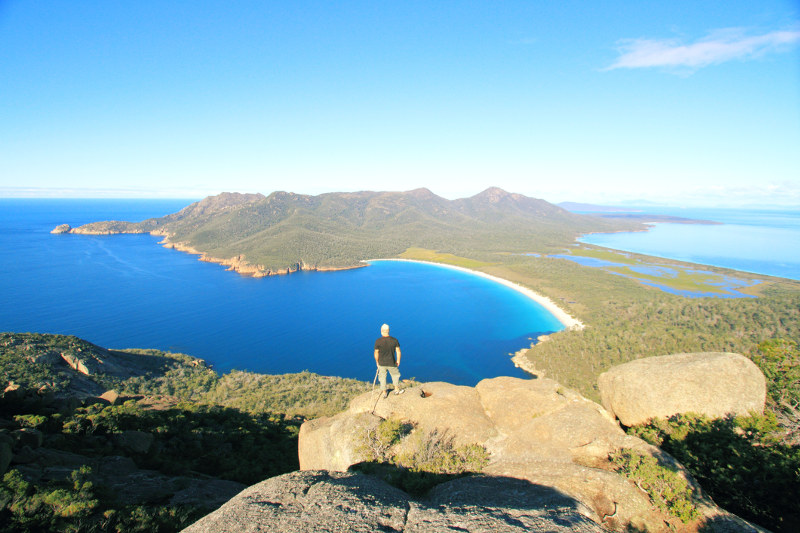 The tough hike up Mount Amos, one of the tallest peaks in Freycinet National Park, is well worth the views of Wineglass Bay below. (Image: Getty)

Along with Mount Field, Freycinet was the first Tasmanian region to be named a national park in 1916. A mesmerising mix of granite mountains, sheer sea cliffs, azure seas and sandy beaches, the main reason visitors head here is for the perfectly arced Wineglass Bay. The Wineglass Bay lookout is only a 30-minuite walk from the carpark, however the much more challenging 3-hour return hike up Mount Amos, rewards with incredible 360-degree views of the whole national park and landscape into the distance. 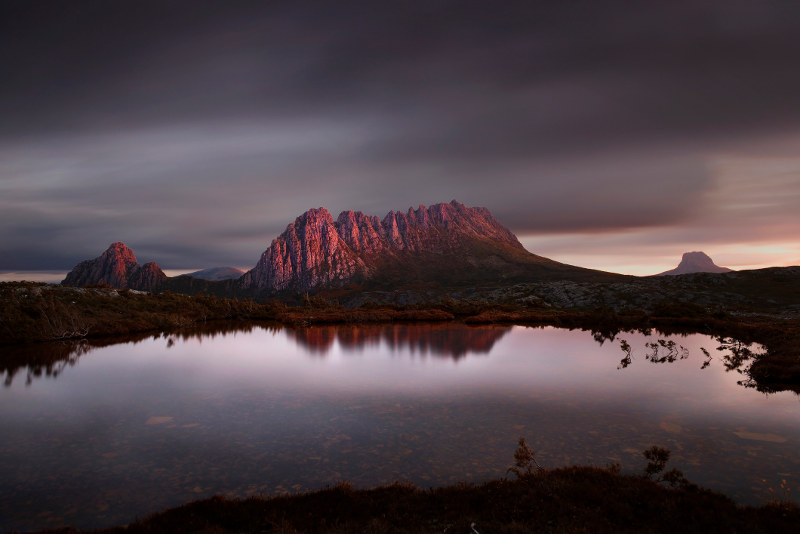 Hikers doing the Overland Track are treated to some of the most spectacular sunrises and sunsets in this stunning wilderness, like this sunrise hitting Cradle Mountain. (Image: Getty)

Tasmania’s highest peak and arguably the most popular wilderness destination in the state, this region doesn’t disappoint on the wildlife and nature front. Head to Pumphouse Point on Lake St Clair for luxury accommodation in the wild, or day trippers can find an extensive network of short walks through the park taking in temperate rainforests, waterfalls, lakes, alpine plains and impressive mountains. For a more challenging adventure experience, the Overland Track is a difficult, 6 day alpine hike crossing 65 kilometres through the national park. 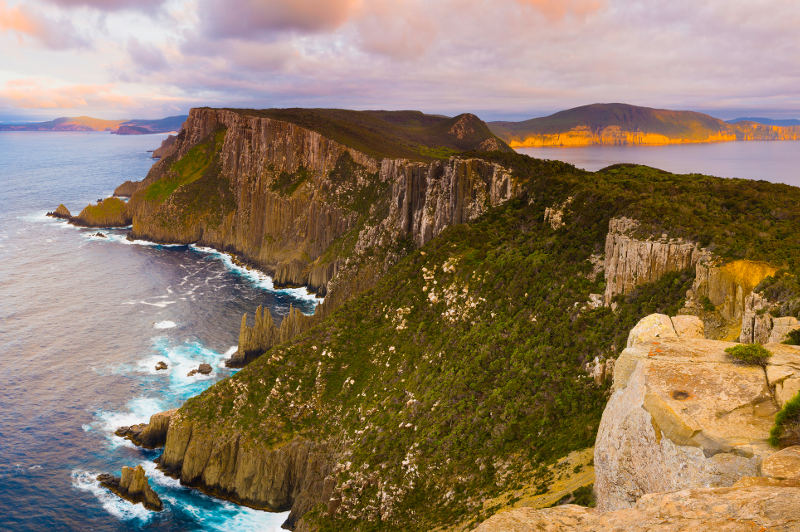 Cape Pillar is home to the tallest sea cliffs in the Southern Hemisphere. (Image: Getty)

Pack your hiking gear and head straight for the Three Capes Track. Tracking 46 kilometres along the coastline from Port Arthur to Fortescue Bay, this track takes you to the highest sea cliff in the southern hemisphere (300 metres!) and all the way to Cape Raoul, home of the famous surf break Shipstream Bluff. Well maintained, and available as both a guided and self-guided hike, the whole route takes approximately four days, passing some of the most spectacular coastlines in the country. 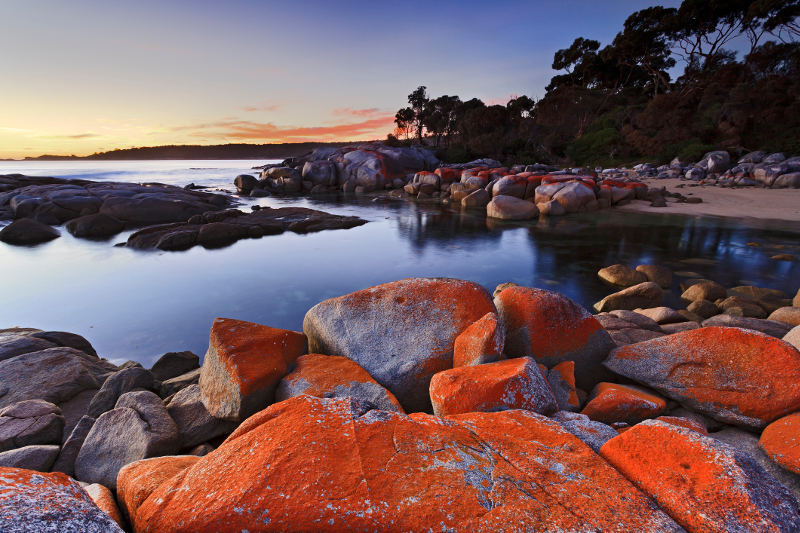 The Bay of Fires is named for the vibrant orange lichen that grows on the granite boulders around the coastline. (Image: Getty)

Located on the north eastern side of Tasmania, the Bay of Fires lies partly within the Mt William National Park and partly within the Bay of Fires Conservation area. The azure seas contrast the white sandy beaches and brilliant orange lichen that grows on the granite boulders lining the bay. There are a number of self-guided and guided walks and a wealth of wildlife to discover. The area is also renowned for game fishing and snorkelling and is a popular camping destination. 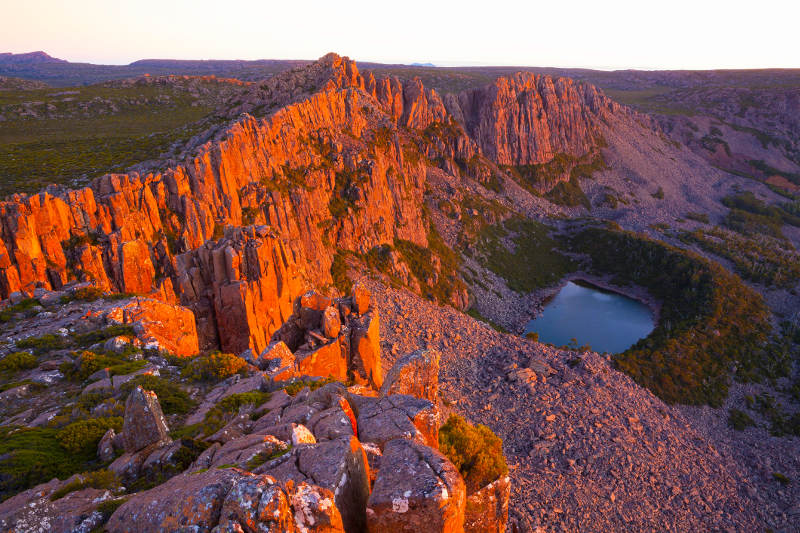 Ben Lomond is a magnificent mountain plateau stretching 14 kilometres in length, 6 kilometres wide and stretches over 1300 metres high. Visible from much of Tasmania’s northern midlands, the highest peak in the plateau, Legges Tor, is the second highest point in Tasmania at 1572 metres. Ben Lomond is Tasmania’s only snowfield, with snowboarding and ski runs, as well as hiking trails taking in the outstanding beauty of the alpine and glacial landscape. 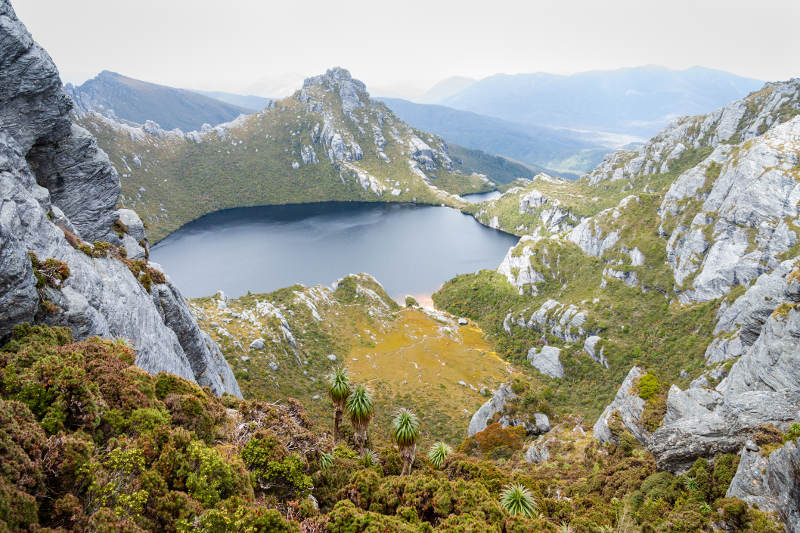 Lake Oberon is a remote, dramatic glacial lake in the Western Arthur Mountain Range, a part of the Southwest National Park. (Image: Getty)

The largest national park in Tasmania, Southwest National Park covers over 600,000 hectares of wilderness. The inspiring mountain, coastal and forest landscapes are some of the most remote in Tasmania. Parts of the park can be explored by car, including Cockle Creek, the southernmost point of Australia accessible by car, while most of the park is reachable only on foot. The renowned South Coast Track is a very challenging trail stretching 85 kilometres through mountain ranges, along the coastline and across rivers. There are a number of easier hikes that can be done in a few hours for day trippers to enjoy the immense wilderness. 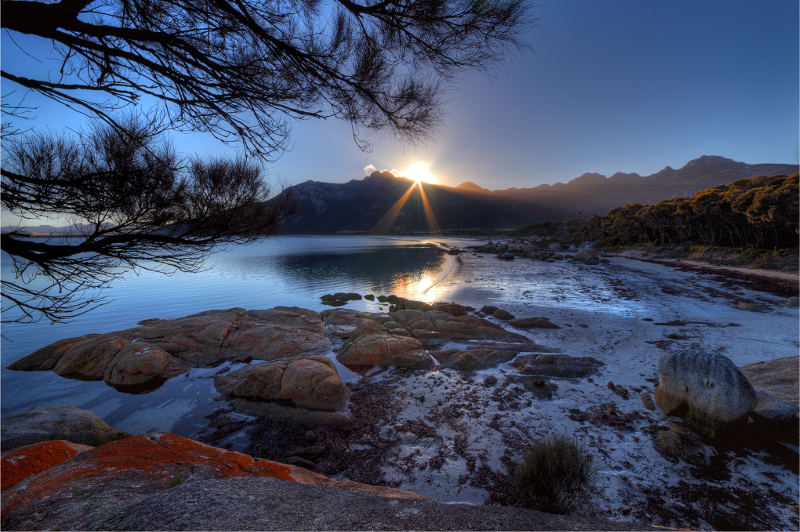 Sunrise over the Strzelecki Ranges from Fotheringate Beach, an access point into the national park. (Image: Getty)

Distinguished by imposing granite mountains with rocky outcrops overlooking rugged coastline below, Strzelecki National Park is situated on the southernmost tip of Flinders Island, off the north east coast of Tasmania. The region is home to rare and diverse flora and fauna, including many rare orchid flowers, blue gum forests, tea tree forests, wombats, Bennetts wallabies, Tasmanian Pademelons and potoroos, and over 100 species of birdlife. 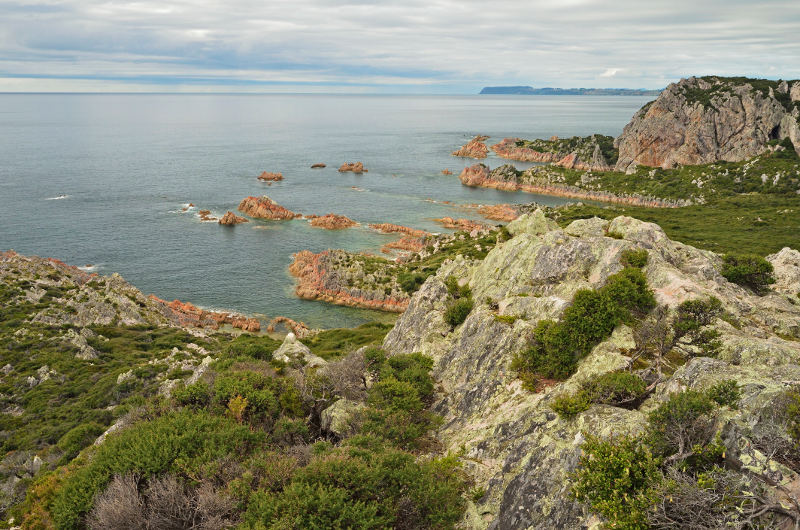 Many of the walking tracks in Rocky Cape have spectacular views across Bass Straight. (Image: Getty)

Small on scale, but big on attractions, this national park, on the north west coast of Tasmania is home to dramatic geological features, vibrant wildflower fields and stunning views across Bass Straight. The park also contains many significant Tasmanian Aboriginal sites, including vast cave middens – prehistoric caves – and artefacts. The coastline reveals sea caves, secluded beaches and rock pools with vast marine life. There are a number of easily accessible day hikes along the coastline leading to secluded bays, ideal for day trippers. 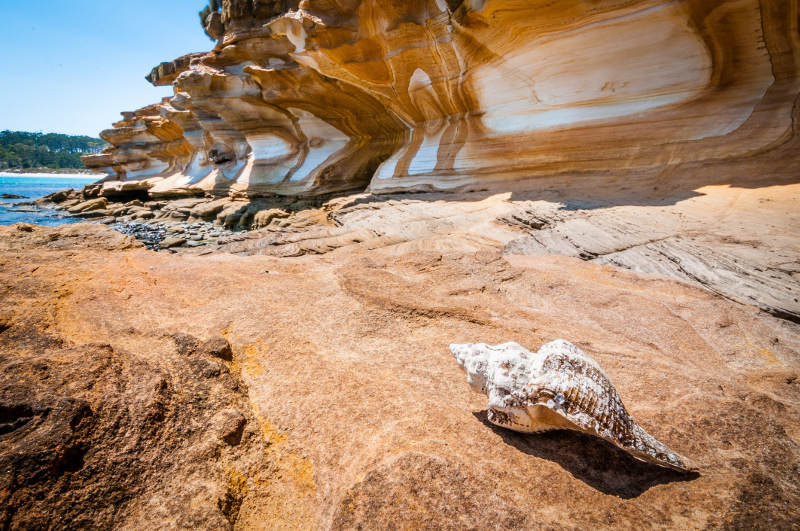 Located just off the east coast, and easily accessible from Hobart for a day trip, Maria Island is reached via ferry from Triabunna. The island is has no motor vehicles or shops, so visitors need to bring their own food, warm clothing and camping equipment. Maria Island is home to the World Heritage Listed Darlington Probation Station, one of the most intact example of a convict probation station in Australia. Since the 1960’s Maria Island has become a sort of Noah’s Ark, as many endangered species have been introduced here to protect their kind. You can find pademelons, Forester kangaroos, Bennetts wallabies, Cape Barren geese, Tasmanian native hens and Tasmanian Devils on the island. 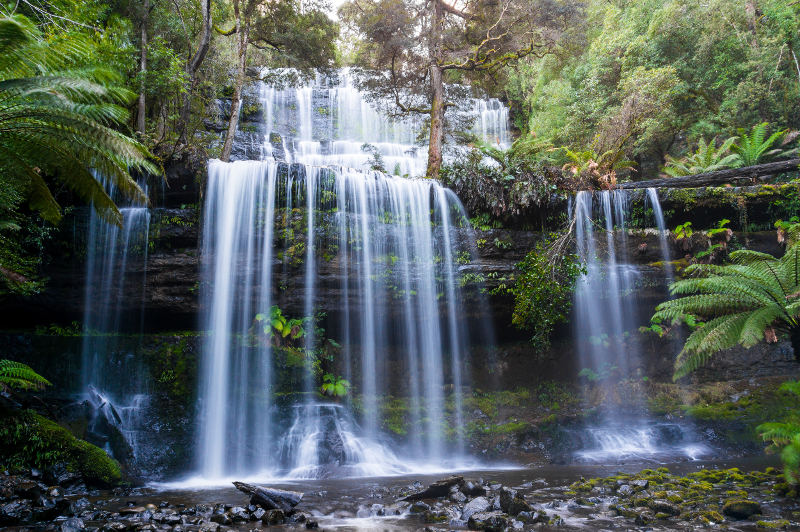 Russell Falls, along with Lake Dobson is the highlight of Mount Field National Park. (Image: Getty)

Few other national parks in Tasmania offer the diversity of vegetation that Mount Field does. The park is home to swamp gum forests, massive tree ferns, rainforest and hardy alpine vegetation. The park is well known for the impressive Russell Falls, surrounded by dense fern forest and some of the tallest trees in the world. As the altitude increases, the vegetation also increases, rare for an alpine area. The Pandani Grove Walk around Lake Dobson is a beautiful trail, and early morning and late evenings are prime time to catch a glimpse of platypus in the lake.