There are more than 25,000 cities, towns, villages, hamlets and other communities across the United States, so it can be hard to stand out. Unless you have the big city lights of Manhattan or the glitz and glam of Los Angeles, you run the risk of getting lost in the sea of small-town USA. These 10 spots, however, refuse to blend in. Proving that sometimes all you need is a really great name, these tiny towns are attracting attention thanks to their creative, unusual and downright crazy city names. 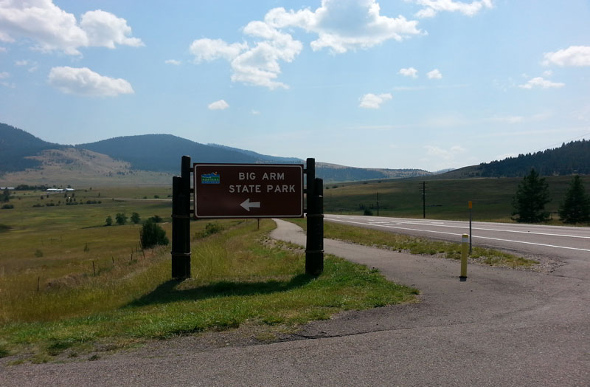 Big Arm is less about muscles and more about outdoor fun (Image: Campgroundviews.com)

Horror buffs may be slightly disappointed that there are no mad scientists bringing the dead back to life in this small mid-western town. It wasn’t even named after the famous doctor from Mary Shelley’s novel. It was named after the Franken family that helped settle the town. There is a slightly Gothic looking stone church, but it’s otherwise a stock standard rural farming community. 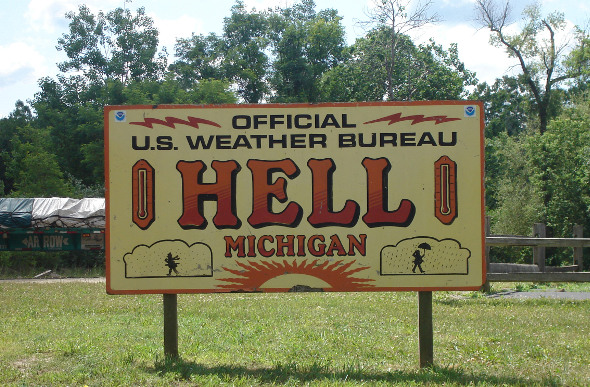 Next time someone tells you to go to hell ... (Image: Wikipedia)

Far from desolate streets filled with fire and brimstone, Hell’s small town charm is intoxicating. No one knows the exact origin of Hell’s ungodly name, but the local residents certainly embrace it. You can walk through the ‘Gates of Hell’, buy souvenirs from Hell, pose as the Mayor of Hell and even send a letter from Hell. 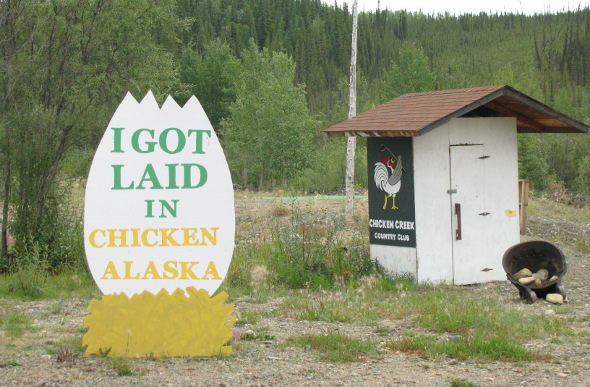 Don't be a chicken. Get to Chicken! (Image: Wikivoyage.org)

Originally named Ptarmigan after the state bird, the good residents of Chicken, worrying that no one would know how to spell the name of their town and they would be subject to ridicule, changed the town name to Chicken … It’s now one of a very few surviving gold rush towns and welcomes tourists with its unique name. Downtown is the heart of this little place with a saloon, gift shop and cafe. 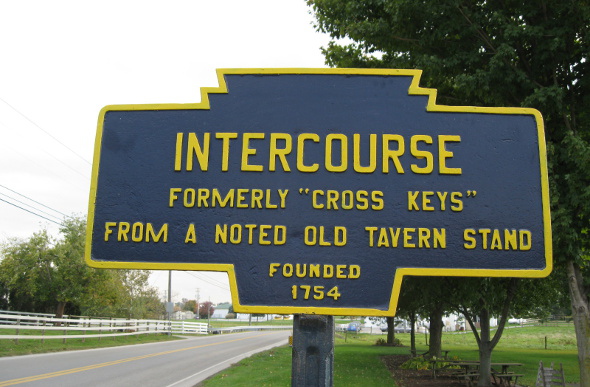 It's not what you think it is! (Image: Wikipedia)

Ahem. Now, now. Let’s keep our minds out of the gutter, everyone. This place isn’t named after what you think it is. In fact, it’s in the heart of Amish country. The town welcomes tourism, selling Amish crafts, food and providing horse and buggy rides. It was also the filming location for Witness, starring Harrison Ford.

Think less bread and delicious fillings and more pastoral beauty and heritage preservation. Sandwich was named after its British counterpart and provides curious visitors with a sweep of beautiful historic buildings. Visit the Heritage Museum and Gardens, or book a night in one of the historic B&Bs. 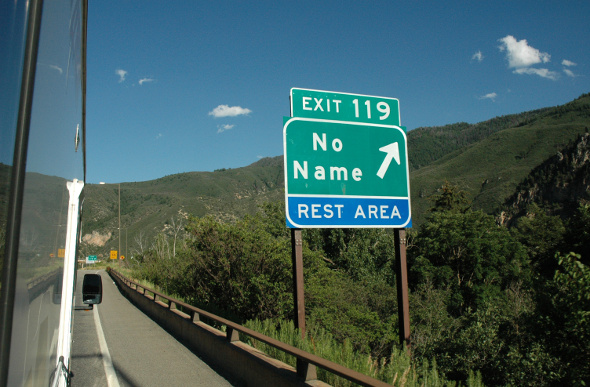 Make a pit stop at No Name (Image: Wikipedia)

Proving that refusing to name your town is just as intriguing as calling it Chicken, Intercourse or Hell, No Name delights travellers with its defiance. It all came about as a misunderstanding as these things usually do, but the important thing is that it stuck! There’s not much in No Name outside of typical small town stuff, but it does have some beautiful mountain views … and a rest area.

Named by the Civil War soldiers who declared the water from a nearby creek was ‘sweet on their lips’ after a long day of marching, this town is all about its name. It’s a typical small town — a handful of buildings, a small population and that’s about it. There are no street lights, street signs or even a post office, but how cool would it be to tell your friends that you’ve just been to Sweet Lips? 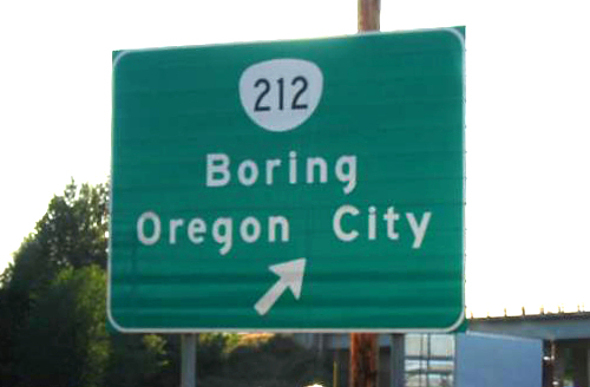 This town name is anything but boring (Image: Wikipedia)

A day trip to Boring is anything but. Located just over 20 minutes from Portland, it’s worth exploring if only for the town sign photo op. It’s mostly home to nurseries, supplying the surrounding areas with plants and trees, but there’s also a walking and cycling track. Or you can stop off for a drink at the Not So Boring Bar & Grill.

Unlike Sandwich, Pie Town is all about the food that gave it its name. In the 1920s one of the town’s early bakeries became known for its dried apple pies. Hence the name. Pies still play a large role in the town’s identity with an annual Pie Festival drawing visitors every September, and places such as Pie Town Cafe serving up a whole range of ‘The World’s Best Pie’.