101 Things To Do In New Zealand's North Island

101 Things To Do In New Zealand's North Island

Whether it's your first trip or your tenth visit, you'll be amazed at how much New Zealand has to offer. Take the North Island alone - we've got 101 things to do in New Zealand's North Island to inspire your next getaway across the Tasman. How many of these must-do activities have you done, and what's on your ultimate New Zealand North Island list? 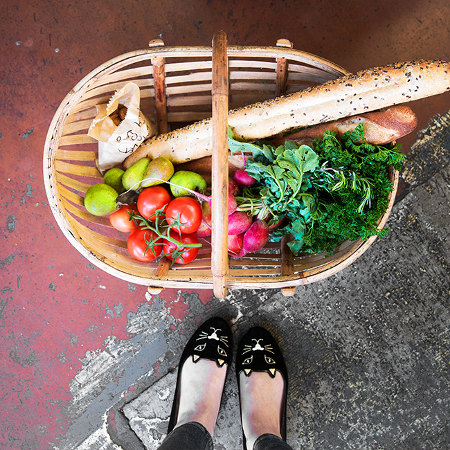 1. Take a trip to Cape Reinga, the northern tip of New Zealand.

3. Check out some history at Matakohe’s Kauri Museum.

4. Visit Waitangi, the site of the signing of the Treaty of Waitangi.

5. Dive the clear waters of the Poor Knights Islands with Dive! Tutukaka.

6. Make a pit-stop at the Hundertwasser toilets in the town of Kawakawa.

7. Explore the shipwreck of the Rainbow Warrior at Matauri Bay, north of the Bay of Islands.

8. Check out Urupukapuka Island, one of many in the Bay of Islands.

10. Play a round of golf at Kauri Cliffs in Matauri Bay. 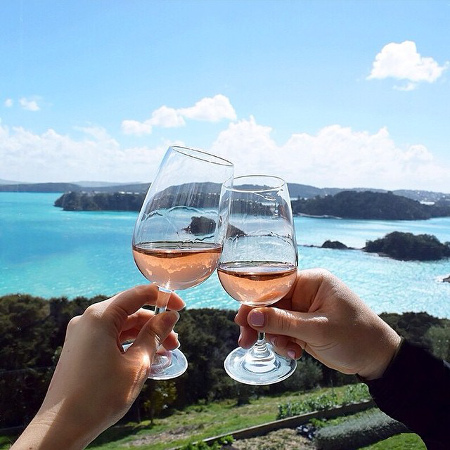 18. Sip a wine on Waiheke Island in the Hauraki Gulf.

11. Get a feast of fish and chips from the Mangonui Fish Shop in the far north of the North Island.

12. Visit Tane Mahuta, the God of the Forest, in the Waipoua Kauri Forest.

14. Spot some fish from the glass bottom boat in the Goat Island Marine Reserve, north of Auckland.

15. Throw yourself off the Sky Tower at Sky Jump in Auckland.

16. Soak up some culture at Auckland’s Art Gallery.

17. Take in the majesty of the Auckland War Memorial Museum.

18. Sip a wine on Waiheke Island in the Hauraki Gulf.

19. Sail the Auckland Harbour on board an America’s Cup ship.

20. Keep an eye out on the water with Auckland Whale and Dolphin Safaris. 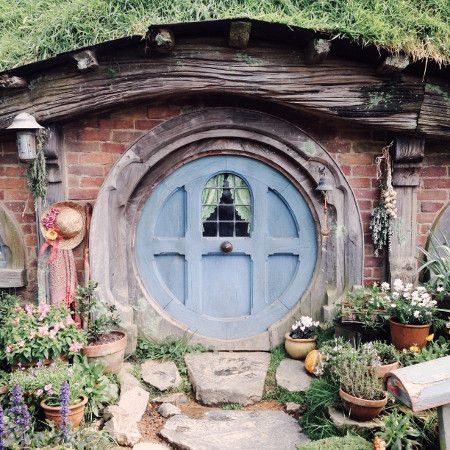 22. Spot birdlife on Tiritiri Matangi Island in the Hauraki Gulf.

23. Visit the Gannet Colony at Muriwai Beach on the west coast of Auckland.

24. Frolic on the black sands of Auckland's Piha Beach.

27. Explore the war tunnels on North Head in Devonport, Auckland.

28. Catch a ferry to Rangitoto Island and see the best view of the city from the Hauraki Gulf.

29. Take a short flight to Great Barrier Island in the outer Hauraki Gulf and unwind.

30. Explore the many beaches of the Coromandel, north of the Bay of Plenty. 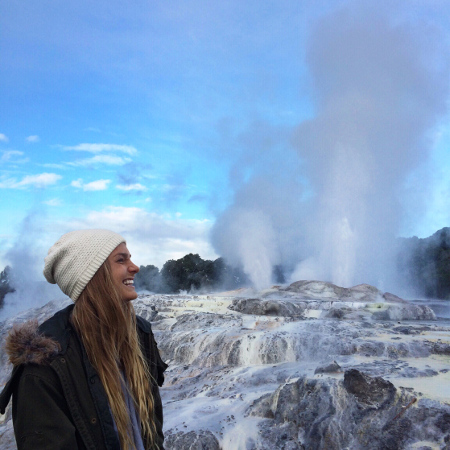 31. Dig a hole and bathe in the warm waters of Hot Water Beach at Mercury Bay, Coromandel Peninsula.

32. Celebrate seafood at the Whitianga Scallop Festival at Mercury Bay.

34. Check out Hamilton Gardens, winner of the International Garden of the Year 2014.

36. Say hello to a tuatara at Sanctuary Mountain Maungatautari near Cambridge.

37. Catch a wave at the rugged Raglan surf beach, west of Hamilton.

38. Spot a kiwi at the Otorohanga Kiwi House, south of Cambridge.

39. Get dwarfed by the limestone cliffs at Hairy Feet Adventures, Waitomo.

40. Marvel at the glow worms in Waitomo Caves. 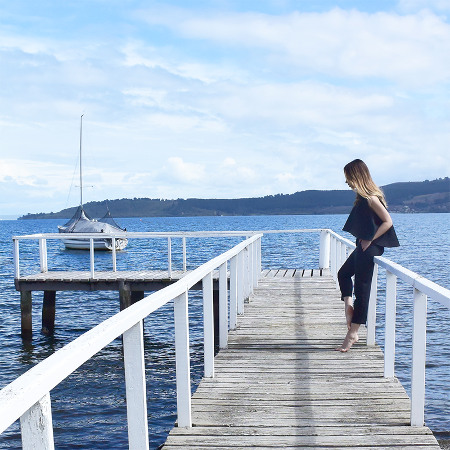 41. Explore White Island, an active marine volcano in the Bay of Plenty.

42. Grab a classic meat pie from Maketu Pie Shop at Maketu in the Bay of Plenty.

43. Check out the murals in Katikati, Bay of Plenty.

45. Stroll through the Redwoods in Rotorua.

46. Transport yourself down a hill in a Zorb at Rotorua.

47. Immerse yourself in Maori culture at Rotorua's Te Puia.

49. Race down the hill at Skyline Rotorua Luge.

50. Tackle the Tarawera Trail for amazing lake views in Rotorua. 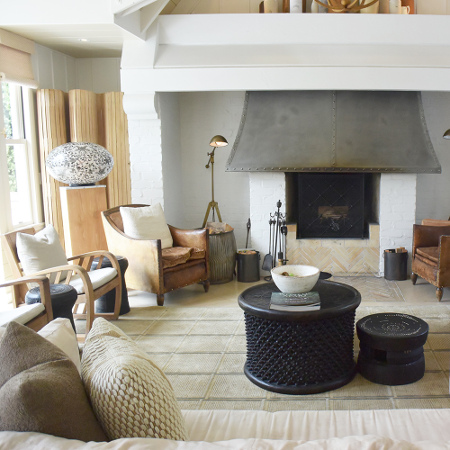 53. Spend a night at the luxurious Huka Lodge on the Waikato River.

52. Take a leap of faith over Waikato River with Taupo Bungy.

53. Spend a night at the luxurious Huka Lodge on the Waikato River.

54. Kayak past the Mine Bay Maori rock carvings on Lake Taupo.

55. Zoom up the river on the Huka Falls Jet.

56. Fish for prawns at the Huka Prawn Park, Taupo.

57. Ski the slopes of Mount Ruapehu.

58. Walk along the famous Bridge to Nowhere in Whanganui National Park.

60. Be the first to see the sun rise in Gisborne. 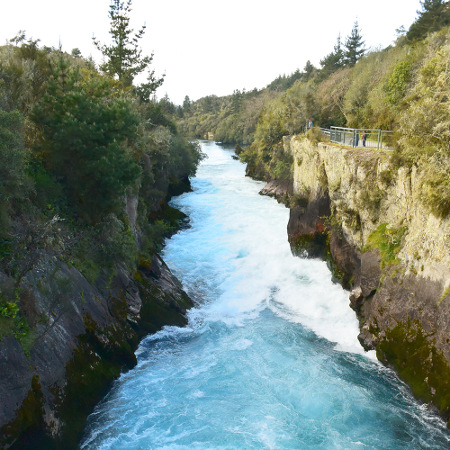 55. Zoom up the river on the Huka Falls Jet.

62. Dangle a fishing line off Tolaga Bay Wharf in Eastland.

64. Sample the wines, red and white, in the Hawke's Bay wine region.

65. Have a spot of lunch at Elephant Hill Estate and Winery, Hawke's Bay.

67. Take in the Art Deco architecture on a walking tour in Napier.

68. Immerse yourself in all things delicious at the Hastings Farmers Market, Hawke's Bay.

69. Dress up for and travel back in time for the annual Art Deco Weekend in Hawke's Bay. 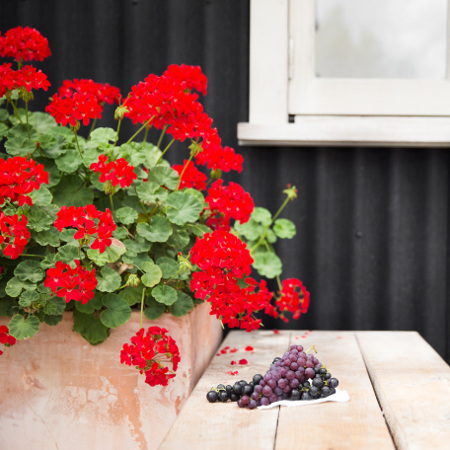 64. Sample the wines, red and white, in the Hawke's Bay wine region.

72. Catch a concert at the beautiful Bowl of Brooklands, New Plymouth.

75. Take a cruise on the Whanganui River aboard a fully restored paddle steamer.

76. Visit New Zealand’s only school of glass blowing, The Glass Studio in Whanganui.

77. Tackle the Mountains to Sea cycle trail, one of New Zealand’s great rides.

78. Pay your respects to rugby greats at the New Zealand Rugby Museum in Palmerston North.

79. Have a drink at the iconic Tui Brewery in Mangatainoka.

80. Pick some amazing produce at the Feilding Farmers Market, Feilding. 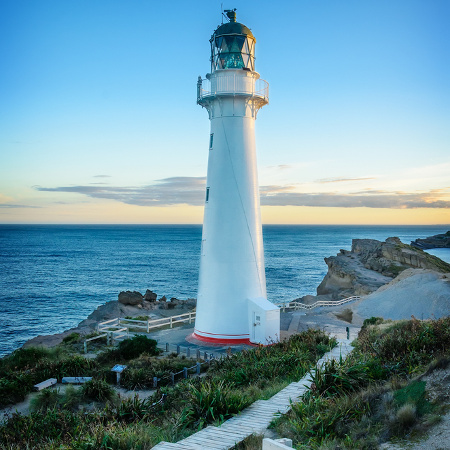 82. Snap a picture of the Castlepoint Lighthouse along the Wairarapa Coastline.

81. Take a drive through the Manawatu Gorge between the Ruahine and Tararua ranges.

82. Snap a picture of the Castlepoint Lighthouse along the Wairarapa Coastline.

84. Cycle past the vines in the Martinborough wine region.

86. See Stonehenge Aotearoa – a full-scale replica of the original stone circle near Carterton.

88. Take a trip to Kapiti Island, off the west coast of the lower North Island, to meet the little spotted kiwi.

89. Spend a day at Te Papa, the national museum and art gallery of New Zealand in Wellington.

90. Get a photo outside the Beehive, home to New Zealand’s parliament in Wellington. 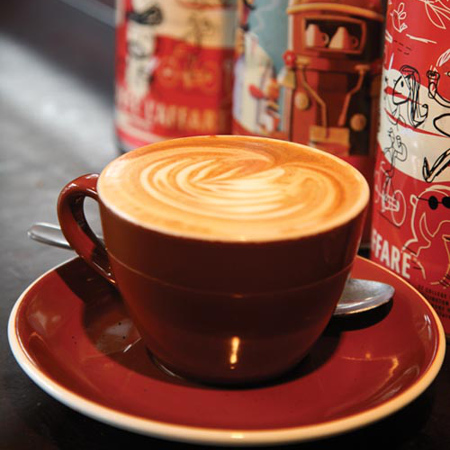 91. Take a coffee tour around Wellington for some of the world's best cups. (Photo: Annabelle White)

91. Take a coffee tour around Wellington for some of the world’s best cups.

95. Catch a cable car from Lambton Quay to the Kelburn Lookout in Wellington.

96. Take a walk to the Red Rocks Reserve from Owhiro Bay and spot fur seal pups.

97. Head to Auckland on the Overlander train.

98. Buy some fish straight from the boat at Wellington's Harbourside Markets.

99. Take a tour of  Wellington's Weta Workshop, the people who made Middle Earth come alive.

101. Catch the ferry across the Cook Strait to the South Island.

Visit your local Flight Centre store or call 131 600 for more advice and the latest deals on travelling to New Zealand's North Island.