Broome is on the doorstep of Western Australia’s magical Kimberley Wilderness. It’s a full day’s drive from Perth, the nearest capital city.

The sun seems to be always shining and the winter temperature hovers around the 30C mark. The air is fresh with just a hint of salt from the Indian Ocean.

The Yawuru (pronounced Ya-roo) people are the Native Title holders of Broome and the surrounding areas. It’s the kind of place you can sit on the beach and just stare at the moon – with hundreds of other visitors doing the same thing.

Here are 11 things you should do in Broome. 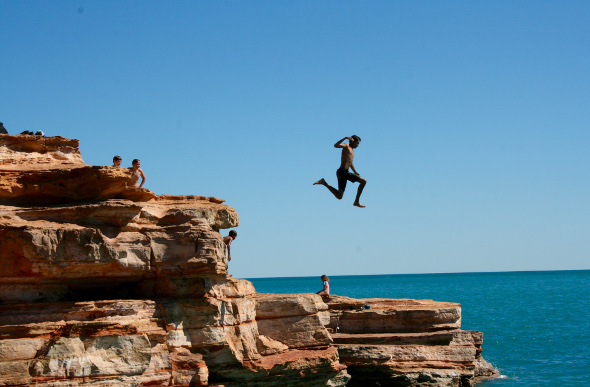 Locals take a leap of faith at Gantheaume Point.

Check out the 130 million-year-old dinosaur footprints here before taking a dip in the turquoise ocean. Watch the locals jump off the cliffs, splashing into the waves. Have a go yourself, if you are game. Gantheaume Point is six kilometres outside Broome. 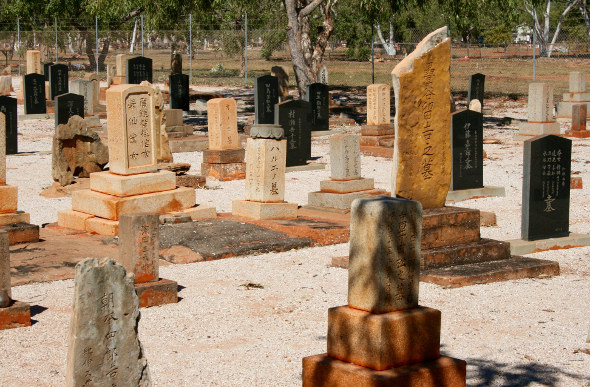 Explore the Japanese cemetery in Broome.

In the late 1800s, Japanese divers came to Broome to work in the pearling industry. Many never returned home and are buried in this sectioned cemetery. The grave stones in the Japanese section are ornate and worth exploring.

The Chinese section of the cemetery is also worth a look. The mix of people buried here illustrates that Broome may well have been Australia’s first truly multicultural town.

This 22-kilometre stretch of pristine white sand is how the world sees Broome. At sunset, Cable Beach delivers the foreground for the iconic photograph of people riding camels along the sand with the smouldering sun sinking into the Indian Ocean.

On March 3, 1942, Japanese zeros destroyed 16 flying boats in Roebuck Bay. Still today, at low tide, you can see some of the wrecks of these aircrafts. If you visit the Memorial in Bedford Park you can find out the history of the attack.

Did Broome whet your appetite? A Foodie's Guide To Western Australia

Check out the Outback: A 4WD Adventure In The Kimberley

A Taste of Broome happens monthly during the peak tourism season (from Easter to October). It is a music and picture show that also showcases food that has a distinctive Indigenous feel to it. If you happen to be in town when it is on, spend the $70 for a VIP ticket because it is well worth it.

6. Staircase To The Moon

When the full moon rises over the mudflats of Roebuck Bay, magic happens. That magic is locally referred to as the Staircase to the Moon because that’s exactly what the optical illusion looks like. It happens on three nights each month from March until October and Town Beach or the Mangrove Hotel offer the best vantage points. 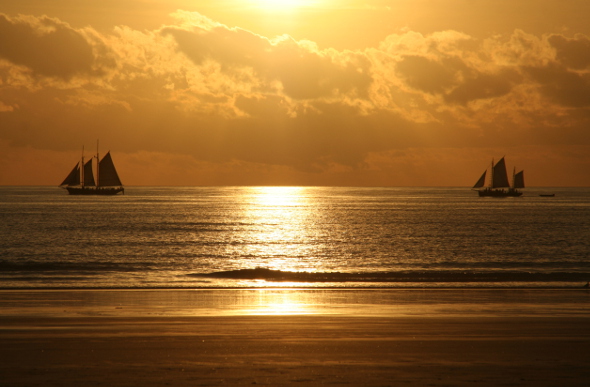 In the late 1800s, Broome supplied as much as 80 per cent of the world’s mother of pearl. At the industry’s peak, there were at least 400 pearl luggers lining the shore of Roebuck Bay.

Today, the pearl industry is evident on the town’s main street where local but internationally renowned pearl sellers offer the famous Broome Pearl. To learn about how pearls are produced, why not take a tour at the Willie Creek Pearl Farm?

Matso’s is Broome’s brewery. It is the place to pull up a chair and listen to some Sunday afternoon music while sampling a ginger beer, a mango beer or a lychee beer. Why not try all three? The building that houses Matso’s was Broome’s first bank.

The Horizontal Waterfalls, in Talbot Bay, are one of the must-see things in this part of the world. David Attenborough described them as “one of the greatest natural wonders of the world”.

The waterfall effect is caused by the fast-moving tidal flow through two narrow gorges in the McLarty Range. The water appears to boil.

From Broome, you can book a trip with Seaplane Adventures to tick this awesome adventure off your bucket list. 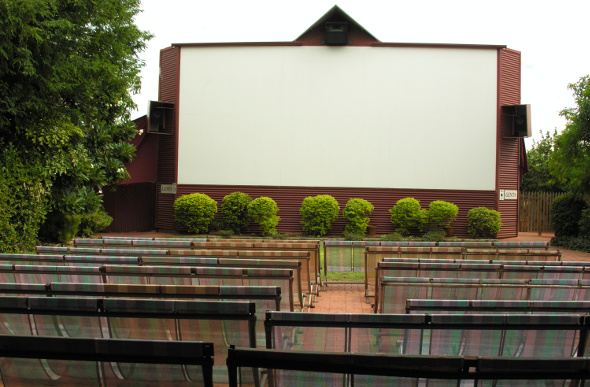 The outdoor cinema is a picture. Picture: Getty Images

The Sun Pictures cinema opened in 1916 and is said to be the oldest still-operating outdoor cinema in the world. The National Trust-listed cinema shows new-release movies on most nights.

Don’t miss the colourful Courthouse Markets, which are held every Saturday morning. You can buy pearls, have your palm read or invest in some Indigenous art. The courthouse was built in 1888 and is worth a look – even if you can’t find anything to buy.

The markets are on the corner of Frederick and Hamersley streets. They run from 8am-1pm, Saturdays year-round, and on Sundays during the peak tourism period from Easter until October.

Visit your local Flight Centre store or call 131 600 for more advice and the latest deals on travelling to Broome.