Follow Flight Centre consultant Greer Gardiner as she samples the best San Francisco has to offer, as seen on the new TV series produced by Flight Centre, The 48 Hour Destination. The catch? She only has 48 hours to experience it all. Here’s her action-packed San Francisco itinerary to give you the travel bug. It's all about flower power and psychedelic swirls in San Francisco's historic Haight-Ashbury neighbourhood.

Of San Francisco’s neighbourhoods, Haight-Ashbury is perhaps the best known – it was the birthplace of the hippie movement in the 1960s. With the 50th anniversary of the Summer of Love this year, Haight-Ashbury is the perfect spot for Greer to get acquainted with all things tie-dye and psychedelic in San Francisco. California-based travel consultant Kelly King is her guide, and their first stop is Love on Haight, where shop owner Sunny Powers dresses the girls in authentic ‘60s gear for a walking tour of this colourful neighbourhood. 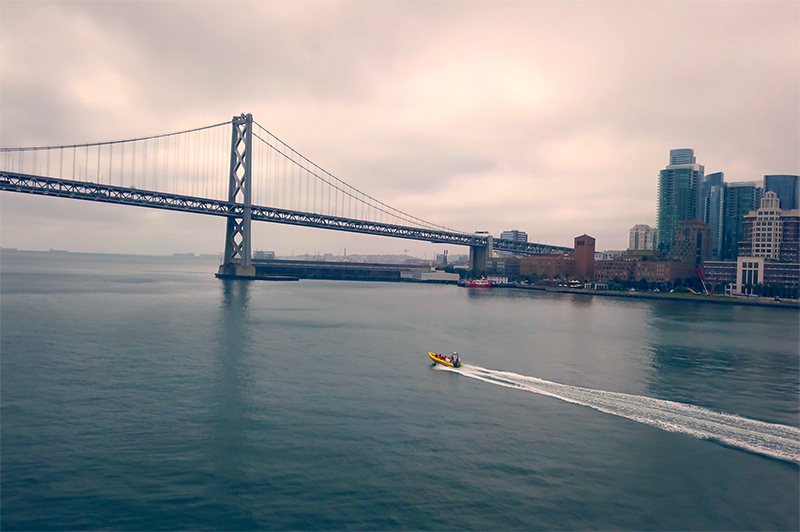 The best way to see San Francisco's famous icons is from the harbour.

Another one of San Francisco’s most-visited neighbourhoods is Fisherman’s Wharf, where cheeky sea lions sun themselves on Pier 39. After a wander, Kelly takes Greer on a private charter boat tour with Bay Voyager to see the Bay City from the San Francisco Bay. With Captain Charles Jennings at the helm of the Navy Seal-style custom RIB vessel, it’s a thrilling ride around Alcatraz Island, underneath the Golden Gate Bridge and past iconic landmarks. 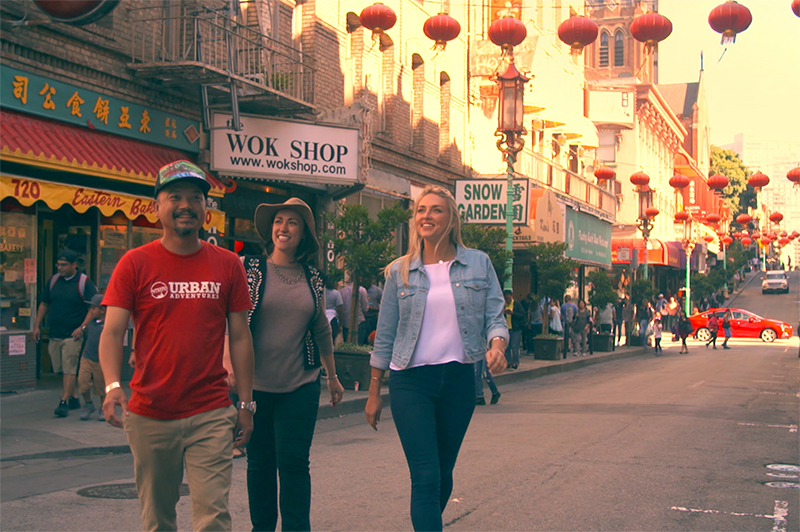 San Francisco’s Chinatown is the largest Chinatown outside Asia, so the duo meet up with local guide Christian on an Urban Adventures Teas, Temple & Beatniks tour to find the hidden gems of this neighbourhood. Greer and Kelly let their taste buds lead the way, making their own fortune cookies (said to have been invented in San Francisco in the 1890s), sampling authentic Chinese pastries and snacking on dumplings. Christian then takes them to a traditional teashop to learn about the history and benefits of Chinese tea. Dinner is at Z & Y Restaurant, a hugely popular award-winning Chinatown restaurant that specialises in spicy Szechuan cuisine, and is regularly packed out. 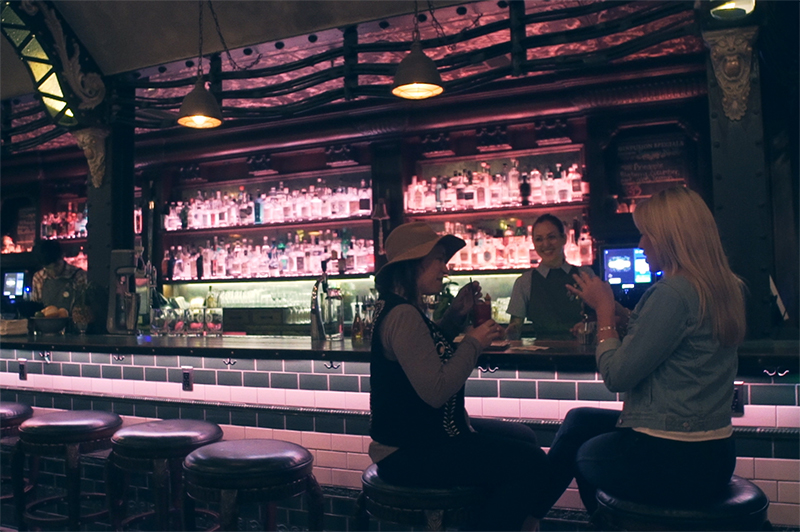 Time for a night-time tipple at the English-themed Whitechapel Gin Bar.

It’s time for a nightcap, so Kelly takes Greer to Whitechapel Gin Bar to meet her friend Megan, the mixologist behind the bar. As the name suggests, Whitechapel Gin Bar is all about gin, with over 700 different types on offer – the largest collection in North America. The duo settle in with a gin-based cocktail at the cosy bar, which was inspired by the London Underground station in Whitechapel, to reflect on what they’ve seen and the day ahead. 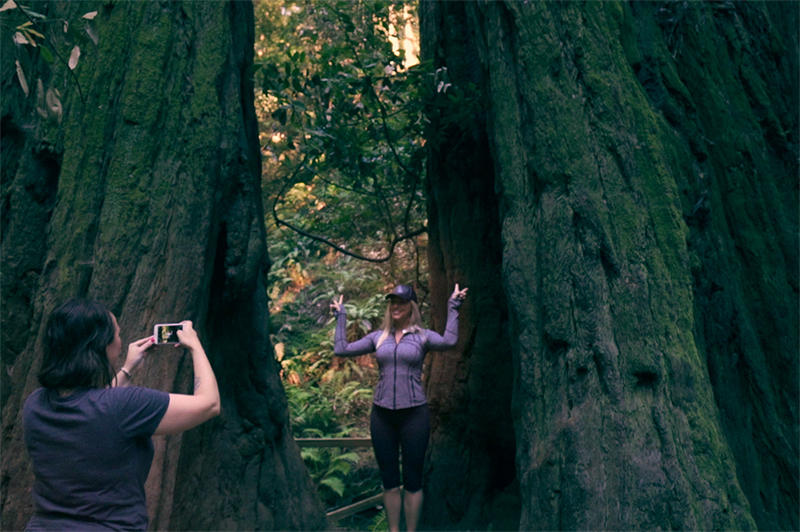 Californian redwoods can grow up to heights of over 107m.

It’s an early start today for Greer and Kelly, as they make their way to Muir Woods National Monument, just north of San Francisco. Famous for its old-growth redwood sequoia trees, Muir Woods is part of the Golden Gate National Recreation Area and a fantastic place to enjoy a forest hike. The duo make their way to popular spots such as Cathedral Grove, Bohemian Grove and the towering Pinchot Tree before stopping at Marin Headlands for views of the Pacific Ocean, San Francisco skyline and Golden Gate Bridge. 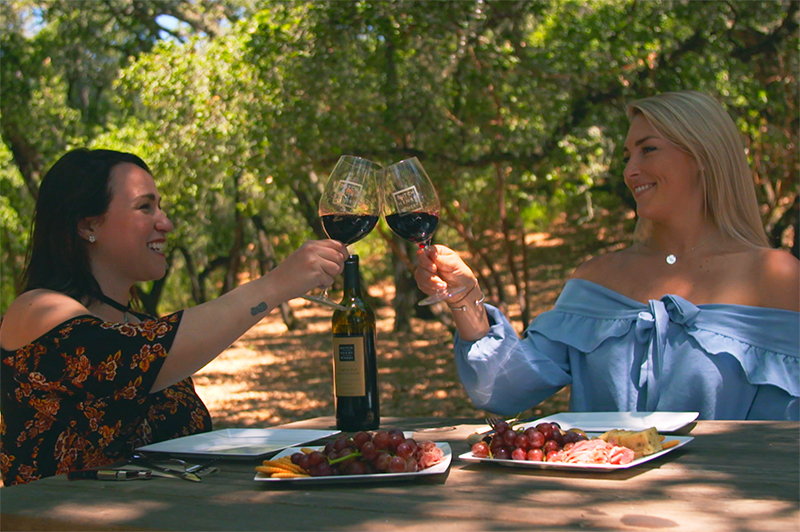 From Muir Woods, Greer and Kelly embark on a private scenic drive with Extranomical Tours to northern California’s famous wine country in Sonoma County, located just north of San Francisco. At Dutch Henry Winery, hospitality manager John Daniels shows them around the Napa Valley vineyards, winery, and the unique barrel cave before Greer and Kelly enjoy an afternoon picnic, sampling a Dutch Henry wine of their choice with cheese under a lush canopy of trees. After a stroll around the vineyards, it’s back to San Francisco. 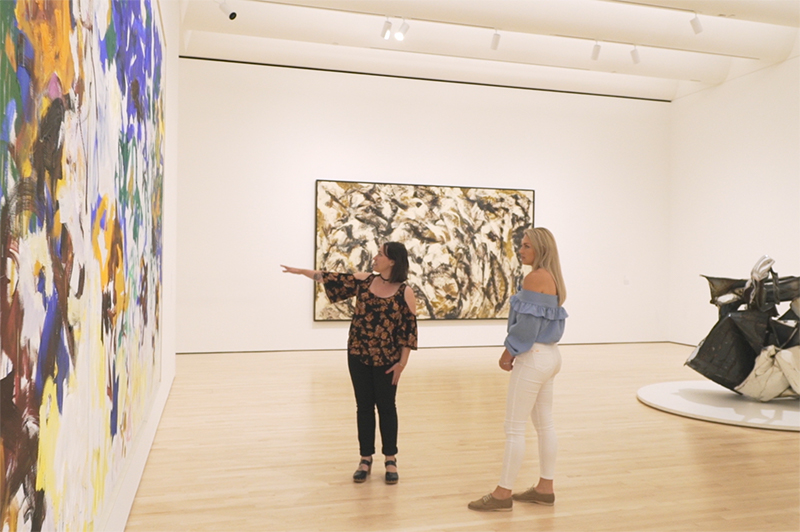 Kelly walks Greer through her favourite modern and contemporary artworks at SFMOMA.

Back in the city, Kelly takes Greer to the San Francisco Museum of Modern Art (SFMOMA) and up the Roman Steps, which overlooks Richard Serra’s monumental steel sculpture Sequence. More modern artworks await inside such as the Living Wall, which showcases over 19,000 plants; Andy Warhol’s Pop Art prints; and Mexican artist Frida Kahlo’s paintings. Greer and Kelly also have an immersive experience in Jim Campbell’s Exploded Views LED light installation, a locked room that leaves them disoriented to say the least! 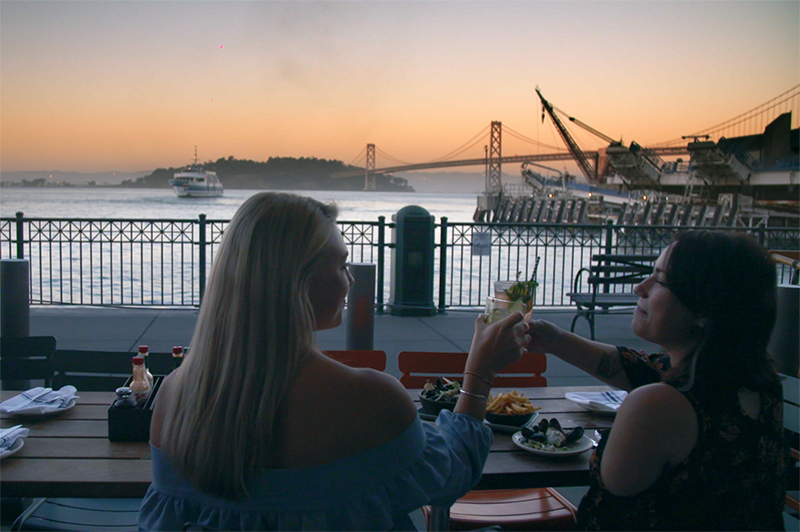 Sustainable seafood is on the menu at Hog Island Oyster Bar.

It’s time to dine, so Kelly and Greer head to Hog Island Oyster Bar, a sustainable oyster restaurant housed within the historic Ferry Building in The Embarcadero. With the waterfront and Golden Gate Bridge as a backdrop, they enjoy several types of oysters, which are sustainably farmed in California and shucked locally, as well as other seafood delicacies for a sublime sunset dining experience. 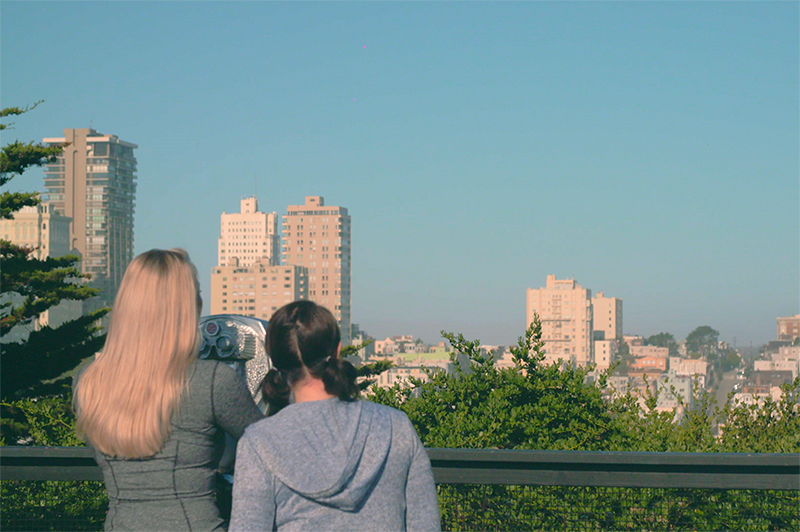 Another morning in San Francisco and another hike, but those panoramic views from Telegraph Hill are worth the effort.

To start their final day together in San Francisco, Kelly and Greer hike up Telegraph Hill to the iconic Coit Tower to take in the stunning early morning views across the bay. 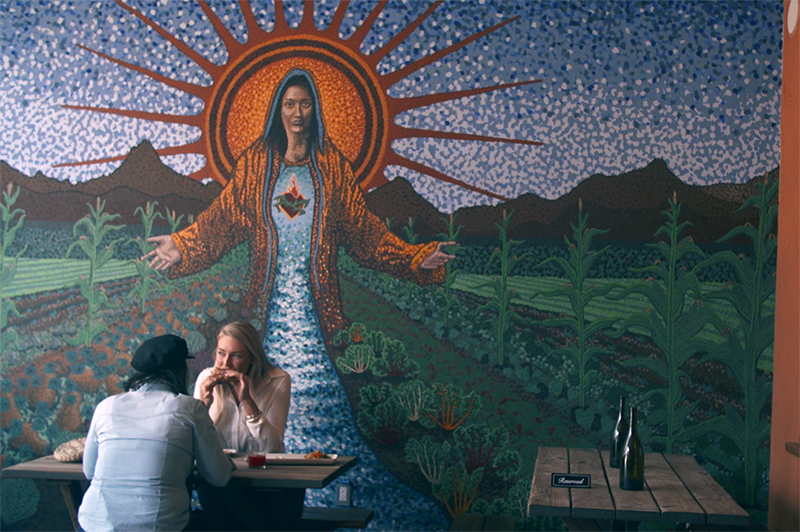 Did someone say brunch? Gracias Madre restaurant in the Mission District is all about plant-based Mexican fare – think delectable guacamole, meat-free tacos and nut-based cheesy favourites from south of the border. It’s 100 per cent organic and vegan, and 100 per cent delicious! 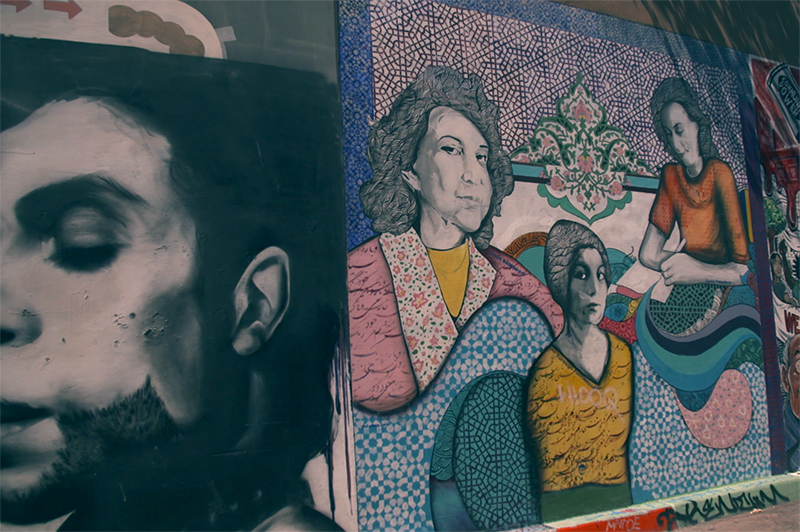 The Mission is famous for its street art – this striking mural of Prince by artist Mel Waters can be found at Clarion Alley.

SF Adventure Tours founder Eric Schaefer meets Greer and Kelly outside Gracias Madre to show them the highlights of the Mission and Castro neighbourhoods. On the private walking tour, they spot the oldest building in San Francisco – Mission Dolores church, as well as the Rainbow Crosswalk in the Castro District, San Francisco’s famous LGBTQI neighbourhood. Eric also introduces the duo to his favourite chocolate shops in the Castro, where they sample chocolates from around the world – a sweet finish to the tour. It’s been a whirlwind trip of natural wonders and eclectic neighbourhoods, but there’s time for one more stroll along the waterfront to see the Golden Gate Bridge and a chance to recap all the awesome activities and places Greer has experienced in 48 hours in San Francisco. ...and a furry farewell from the Wag Brigade at SFO.

As Greer departs San Francisco she’s greeted by the Wag Brigade, therapy dogs (and their handlers) that roam the airport terminals and invite travellers to pet them. It’s a suitably quirky and adorable way to end her time in San Francisco.

Watch the full episode of 48 Hours in San Francisco on Sunday at 3:30pm on Channel Ten or stream on tenplay.com.au. For more information, visit www.flightcentre.com.au/48hour