5 Festivals That Will Put Peru On Your Map

5 Festivals That Will Put Peru On Your Map

When Peru is mentioned, what usually follows is Machu Picchu. The South American country is synonymous with long treks, Inca history and a colourful culture.

What travellers fail to recognise is Peru's wealth of exciting fiestas. From wine and live music, to honouring the god of sun and celebrating good local cuisine, here are our favourite Peru festivals.

Where: Puno (the gateway to Lake Titicaca) 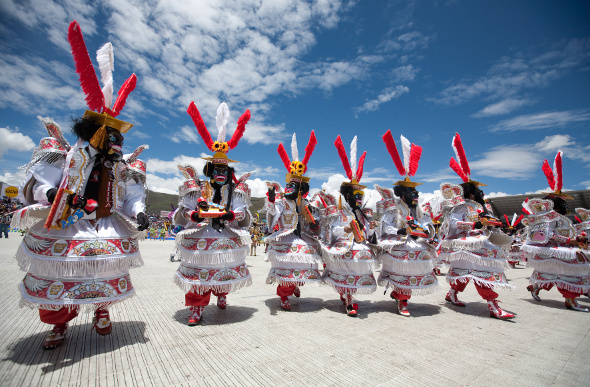 Peru’s most colourful festival is without a doubt La Candelaria, when 140,000 dancers and musicians take to the streets in one of South America’s biggest cultural festivals.

La Candelaria is held in Puno, on the shores of Lake Titicaca. The festival celebrates Puno’s patron saint, the Virgin of Candlemas, and Puno’s Quechua and Aymara legacies in a vibrant party with dances and rituals.

La Candeleria is considered the most important cultural event in Peru and is reflective of the country's cultural wealth and depth as it incorporates elements of the different ethnic groups from Peru’s past and present. The festival was recently added to UNESCO’s 'Intangible Cultural Heritage List'.

Inti Raymi (Festival of the Sun) 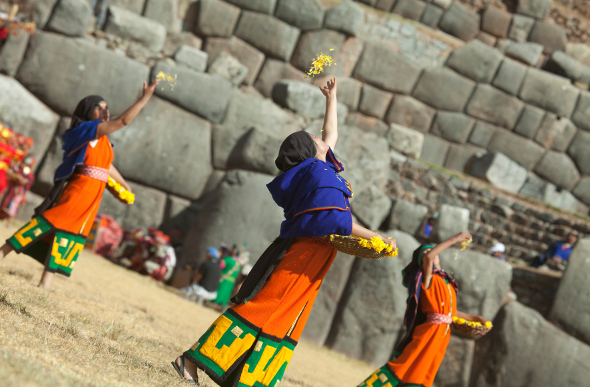 Peru's Festival of the Sun is a fascinating exhibition of tradition and life in the country (Image: PromPeru/Gihan Tubbeh)

One of the biggest and most fascinating festivals on the Peruvian calendar is Incan celebration Inti Raymi, which takes place annually on 24 June in honour of the revered Incan sun god Inti.

The Festival of the Sun coincides with the winter solstice and harvest time, when the sun is farthest from the earth. Since 1412, when Inti Raymi was first celebrated, ancient Incas gather each year to honour the sun god and pray for his return.

Still to this day, thousands of locals, as well as Peruvian and international tourists, take to the streets in a colourful celebration that includes dancing, singing, lavish feasts and elaborate cultural re-enactments. Over 500 hundred actors take part in the re-enactments, descending on the Incan archaeological site Sacsayhuaman.

The celebrations run for a week in the lead up to the main event, with the chance to attend street fairs and live concerts, and experience traditional folk dances and Peruvian music.

The Festival of the Sun has been celebrated for over six hundred years and is now an inseparable part of life in Cusco, the 'Archaeological Capital of the Americas'. 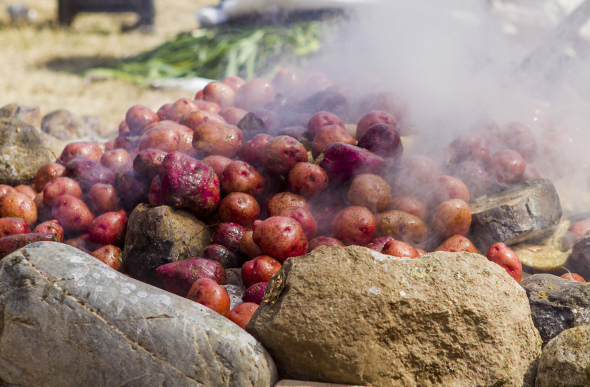 The 10-day Fiesta de la Vendimia is a celebration of Ica’s grape harvest. Ica is Peru’s viticulture capital, producing the nation’s best wine and some of the world’s finest piscos.

The festivities include colourful street processions, dancing, grape stomping and an array of local delicacies to soak up the wine. Crowds gather to see the crowning of the Queen of the Harvest, who then has the honour of stomping in the vat of grapes.

Foodie highlights include a pachamanca, a traditional Peruvian dish of meat – lamb, mutton, pork, chicken or guinea pig, along with potatoes, spices and chili – baked in an earthen pot under hot stones. 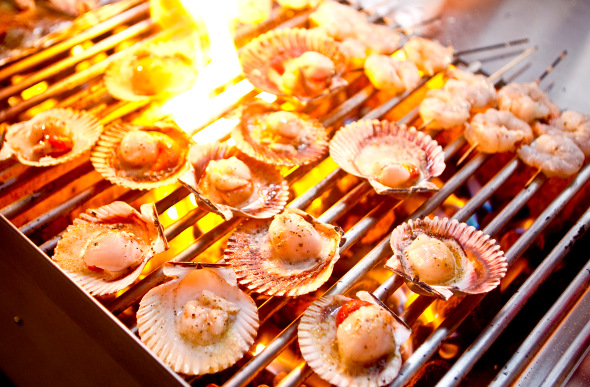 Mistura is the time to be in Peru if you love the local cuisine (Image: PromPeru/Enrique Castro Mendievil)

This annual culinary fair – the biggest of its kind in South America – takes place in Lima each September, bringing together chefs, restaurateurs, producers, farmers, wine makers, pisco makers and more in a celebration of Peruvian cuisine.

The festival celebrates and showcases Peruvian food at all levels, from globally-renowned Peruvian chefs such as Gaston Acurio of Astrid y Gaston fame, to local producers from all over Peru.

Travellers can buy tickets to attend the event, while also signing up for guided tours to make the most of the experience. Buon Appetito! 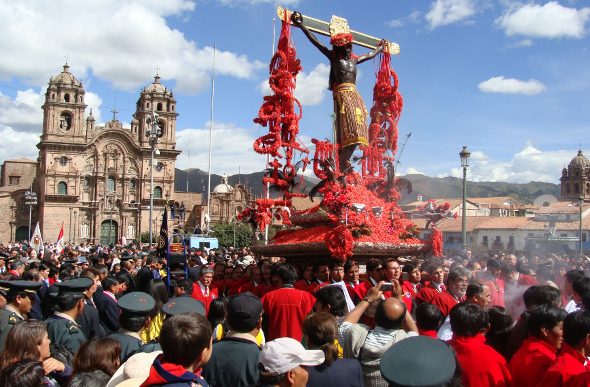 Celebrations for Semana Santa, or 'Holy Week', take place all around Peru. However, Cusco’s event is undeniably one of the most interesting, a mix of the city’s Incan and Catholic roots.

Festivities revolve around the city’s Patron Saint,  Senor de los Temblores (aka 'Lord of the Earthquakes').

Legend has it that during a major earthquake in 1650, locals took a statue of Christ out of the church and the earthquake miraculously stopped. The statue has since become a treasured possession – evidenced during the six-hour parade across Plaza de Armas and nearby streets on Easter Monday.

Up to 20,000 people gather in Cusco’s main square and adjacent streets to watch the Easter procession where the crowd throw nucchu flowers symbolising the blood of Christ as the crucifix passes.

On Good Friday, locals will traditionally feast on 12 dishes, marking the end of lent. Food ranges from soup to potato and corn. The streets are also full of stalls selling different meals, allowing travellers to take part.