With a history filled with murderous monarchs, bloody battles and opportunistic grave robbers, it’s no surprise that Edinburgh is considered one of the world’s most haunted cities. Whether you believe in the supernatural or not, your Edinburgh education is incomplete without a visit to one of these spooky locations – if you dare. 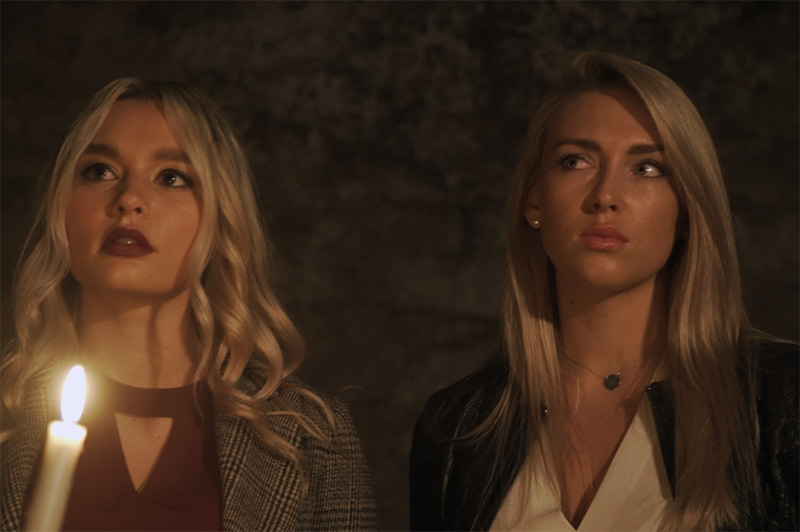 Nineteen chambers beneath Edinburgh’s Old Town were once home to local taverns, cobblers and shops, before being left to ruin and becoming a hotspot for illegal activity, and if you believe the rumours, bodysnatching. While many of the former vaults are closed in, you can venture down to a particularly haunted section with a guide skilled in storytelling who will bring tales of mischief-makers, murderers and vagrants to life during a spine-chilling walk through time, exactly like Greer did as part of The 48 Hour Destination TV show. 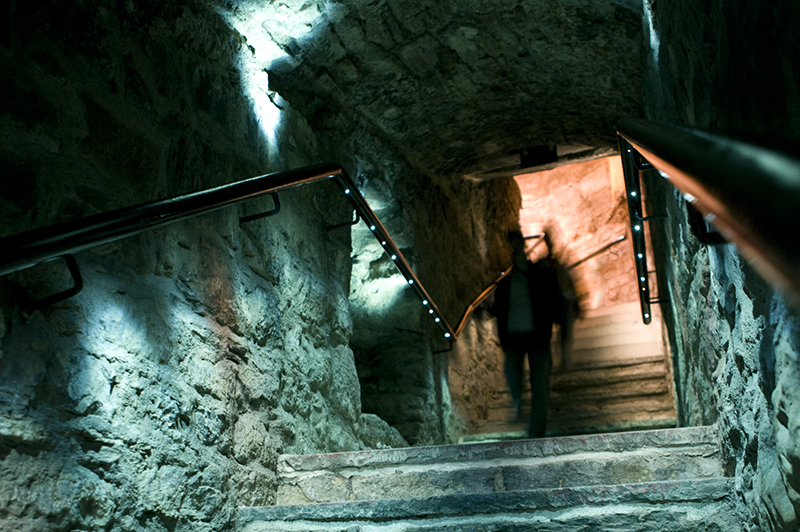 Listen out for footsteps or bagpipes on a visit to Edinburgh Castle (image: Getty)

Edinburgh Castle has seen its fair share of surprise attacks, executions, battles and torture in its 600-year history, so there are more than a few (literal and figurative) skeletons in its closets. In fact, a scientist-led paranormal investigation in 2001 – one of the largest in history – all but confirmed supernatural instances in reportedly haunted areas of the castle.

One of the castle’s more notable ghost stories is about a young bagpiper who was sent to investigate some underground tunnels. He played his pipes loudly as he walked through so those waiting above ground could map out the network, but halfway through, the music stopped and the boy was never seen again. Today, people still report the feint sound of bagpipes during their visit to Edinburgh Castle. 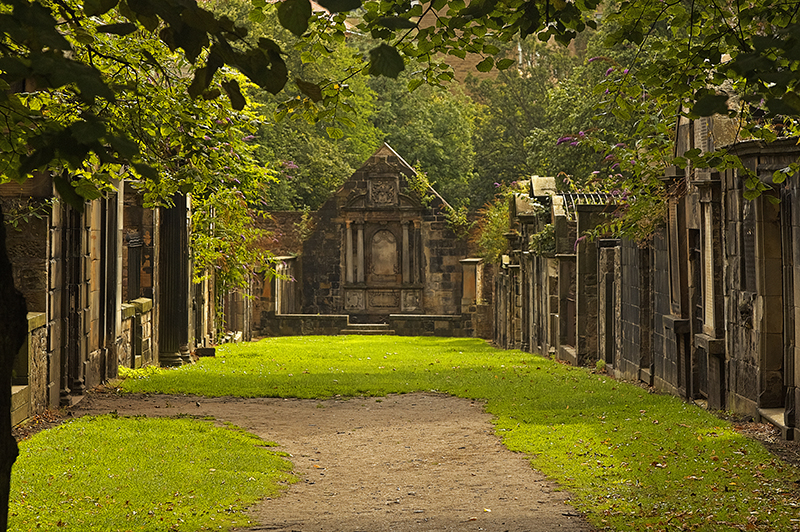 You might feel a chill during a late-night visit to the Covenanter's Prison (image: Getty)

By day, Greyfriars Kirkyard is as idyllic as graveyards come, its interred residents having inspired the names of some of Harry Potter’s greatest characters, but when night falls, a more ‘sinister’ side takes form. Found in a (now) locked section at the back of the cemetery is Covenanters’ Prison, a former 17th-century jail that housed 1,200 anti-government revolutionaries held by depraved oppressor and draconian lawyer, George MacKenzie. He was entombed in a mausoleum here and all was well until a homeless man seeking shelter disturbed his resting place in the 90s. Since then visitors, many as part of the only ghost tour that is allowed behind the locked gates, have come out with scratches and bruises allegedly from the MacKenzie Poltergeist, from their time in one of Edinburgh’s darkest corners. Fact or fiction, you decide. 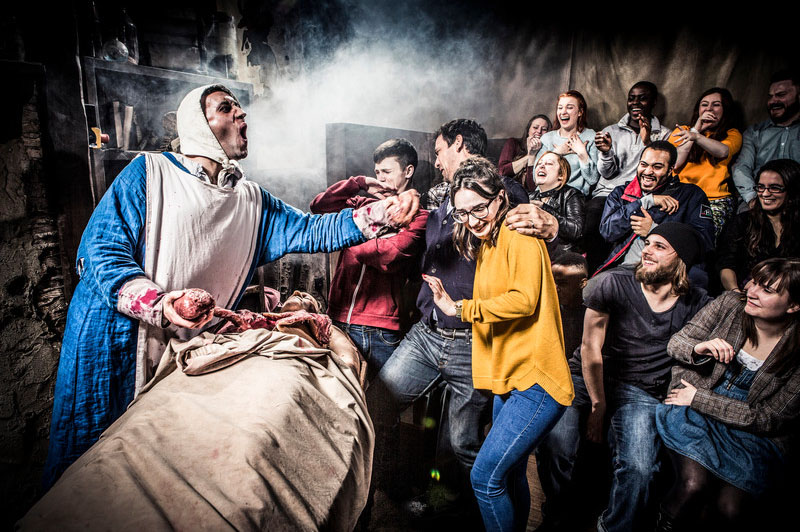 Looking for a way to kill 1.5 hours in Edinburgh? You’ll be in for a bloody good time at Edinburgh Dungeon. From bad witches to a murderous bodysnatching duo who made a living out of the dead, you’ll see, hear, touch, smell and even feel centuries of the dark history that shaped the city. Abandon all hope as you tour torture chambers, cruise dank caverns and get lost in a mirrored labyrinth during your gruesome, irreverent and kitschy history lesson. But be vigilant – you never know what devilish delight is waiting around the corner.

Sometimes stars of the stage can’t take a hint even at curtain call. While the Edinburgh Festival Theatre is the home of sidesplitting laughs most of the year, there’s a tall, dark and shadowy figure often identified in the auditorium and on stage even after his death in 1911. The apparition, rumoured to be German illusionist Sigmund Neuberger, also known as the Great Lafayette, perished in a fire when his signature stunt went wrong. 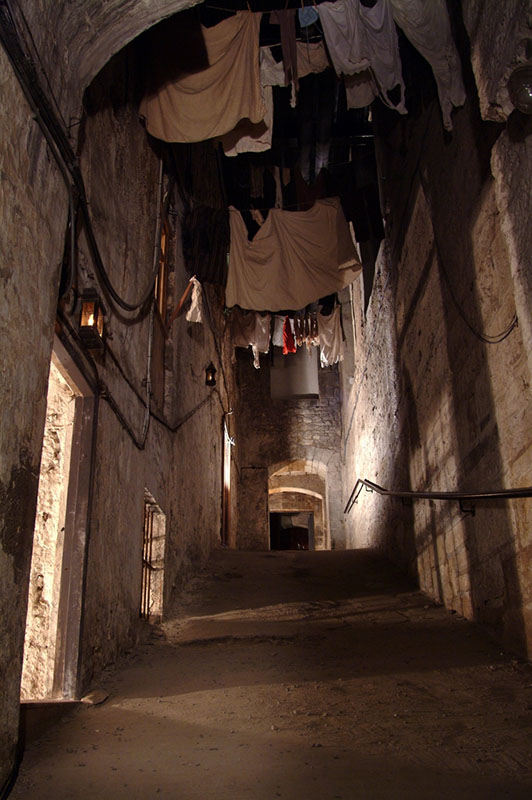 What was once a busy strip of merchants in the 17th century was buried to make way for the Royal Exchange some 100 years later. It’s been said that Mary Kings Close was unceremoniously sealed off to victims of the bubonic plague around this time, though the reality was a lot more compassionate – and doesn’t make for a good ghost story. Nevertheless, when the close was eventually rediscovered, it became a popular tourist site due to its intriguing history. Today, the attraction is more history lesson than horror movie, and a suitable experience for the whole family.