6 Ways To Smile At A Crocodile In Queensland

6 Ways To Smile At A Crocodile In Queensland

Go swimming in the sea off Far North Queensland, and you’ll run the risk of meeting a snappy customer or two (if the jellies and the sharks don’t get you first). In fact, estuarine crocodiles – otherwise known as saltwater crocs, or salties – have been found as far south as the Maryborough region on Queensland’s Fraser Coast, so there’s no shortage of places in the state to see them in the wild. But if you’d rather a good, strong fence between you and certain death, here are six reptilian rock stars that will put a smile on your dial. 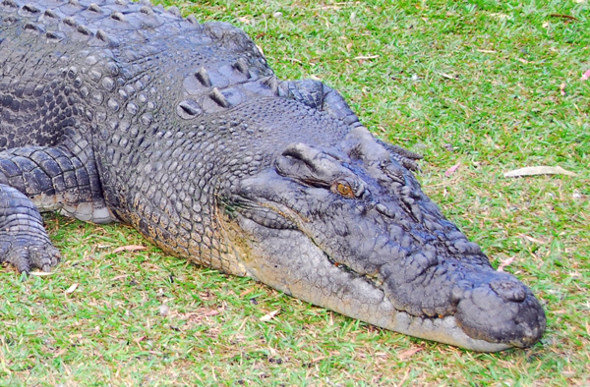 Weighing in at 1,000 kilograms and stretching to five metres long, Acco is the biggest – and most taciturn – saltie at Steve Irwin’s Australia Zoo at Beerwah in the Sunshine Coast hinterland. He’s capable of taking down cows or horses and keepers know not to turn their backs on him. Look for him at the Crocoseum, along with others from Australia Zoo’s brood of 16 crocs, including Casper, a white reptile.

Jack the Ripper is the resident saltie at Rainforestation Nature Park in Kuranda, on the Atherton Tableland in Far North Queensland. He has something of a sinister reputation, after killing 12 of his girlfriends. There’s nothing like standing on a platform above a harmless-seeming creek, and suddenly realising there is a five-metre croc beneath you, into which you would fit three times over. 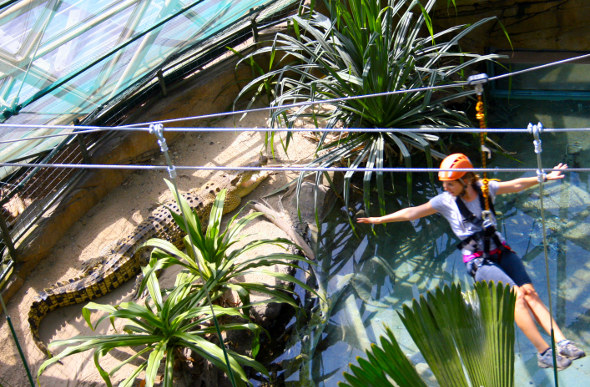 Catch a flash of teeth and reptilian eye as you dangle above four-metre-long Goliath’s enclosure – well, not really. You’re actually zooming above on a zipline at Cairns Zoom and Wildlife Dome (we’re sure it’s perfectly safe). You can also meet him at feeding time (really, you’re not the bait). If that doesn’t appeal, you can eyeball him on the underwater croc cam.

Creatures of legend: Where To Find Mythical Beasts

Biodiversity at risk: How Eco Tourism Is Saving Sabah's Wildlife 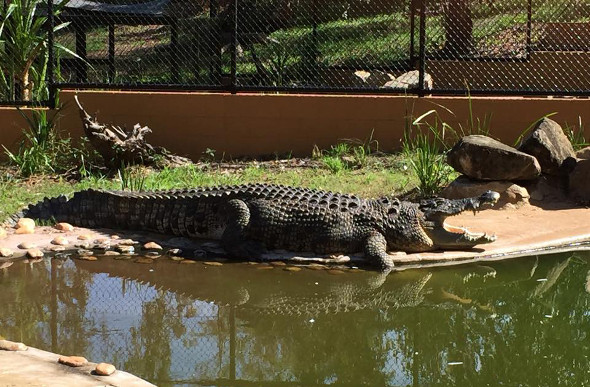 At 4.5 metres, The Colonel is described by Rockhampton Zoo as a “fighter not a lover”. He was delivered to the zoo by crane in 2014, after failing to perform as a stud at Koorana Crocodile Farm. He likes to warm up in the morning sun but needs to be put in his lock-away during enclosure maintenance, to keep staff safe. Get up close and personal with this colossal croc at Rockhampton Zoo. 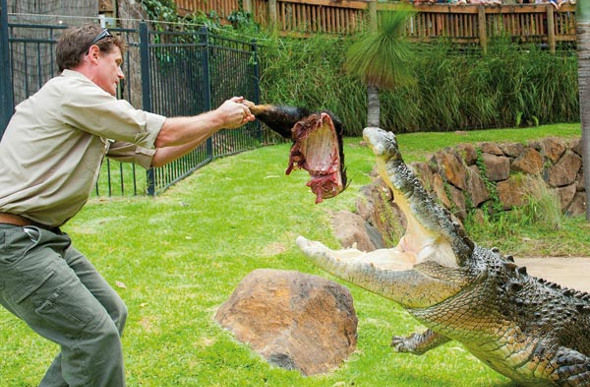 Boss Hog, Currumbin Wildlife Sanctuary’s top croc, has expensive tastes. In his wild youth in the 1980s, he killed a Brahman bull worth more than $10,000, and thus entered captivity. One guest a day gets to feed the 4.8-metre, 800-kilogram reptile some rather less exotic fare. Or you can take a bird’s eye view of these ancient animals on the Crock Shock zipline adventure at TreeTop Challenges within the wildlife sanctuary, situated on the Gold Coast. 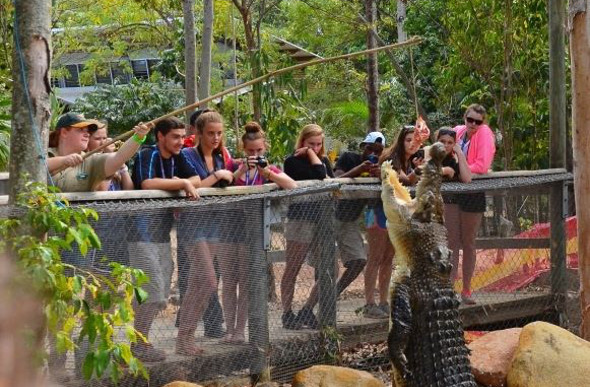 Stand less than a metre from a hungry, 3.5-metre croc named Caesar during the Rock the Croc! experience at Billabong Sanctuary in Townsville. Dangle a chunk of meat on the end of a bamboo pole high above the pond to see the 400-kilogram saltie lunge out of the water and clamp his jaws shut with enough force to crush a water buffalo. Right, who’s next?