Where To Find Mythical Beasts

Where To Find Mythical Beasts

You don’t need to brandish a wand to meet creatures of legend. Beyond JK Rowling’s fantastic beasts is a menagerie of real-life animals with a mythical pedigree.

From dragons and mermaids, to the devastating kraken and elusive yeti, the world is full of the fantastical ... and deadly. Australia even makes the list, with a mysterious creature from the Outback.

The King of Serpents is more than one of Harry Potter’s foes. Storytellers and naturalists told of this baleful man-eating snake, including Pliny the Elder, Chaucer and Leonardo da Vinci.

This millennia-old monster may have been originally inspired by the king cobra, an aggressive snake known for its high-arching attack pattern and unsettling, roaring hiss.

Steer clear of snake charmers and seek the endangered king cobra in its natural habitat, on a wildlife-watching trip to India’s steamy jungles. But keep a safe distance – it’s not the time to discover if you, like the bespectacled wizard, can commune with reptiles. 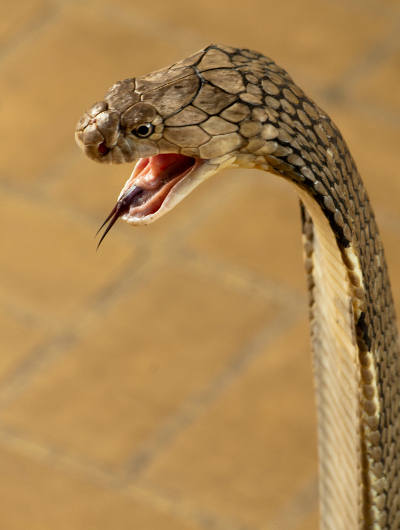 The king cobra is a legendary killer (Image: Getty)

When translucent newt-like creatures were first seen darting through Slovenia’s caverns, they were rumoured to be baby dragons.

Locals imagined dragons born in the sea could be swept among the rock pools of Slovenia’s cave systems. Now we know these blind amphibians as olm, and their remarkable properties are worthy of the legends.

They navigate via electrical signals, they can last a decade without feeding, and their surprisingly long lifespan is keenly researched in the hope of shedding light on the ageing process.

Postojna Caves has a vivarium swimming with baby dragons. It’s an easy day trip from the Slovene capital Ljubljana and is open year-round.

When Christopher Columbus first squinted out at a manatee, he sniffed that mermaids were not as attractive as he’d hoped.

Columbus may not have been impressed by these cavorting sea creatures but dugongs and manatees take the scientific name ‘Sirenia’ after the comely Sirens that lured sailors to their doom in ancient Greek myth.

Before you chortle that sailors could mistake an ungainly looking dugong – whose closest relative is the elephant – for a mermaid, observe how gracefully they somersault and nose through sea grasses in The Philippines. 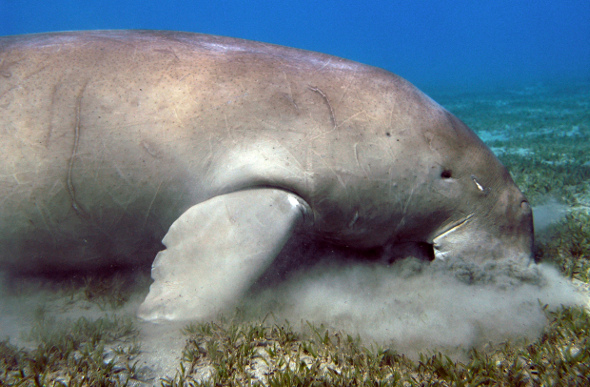 How sailors could have mistaken a dugong for a mermaid is something of a mystery (Image:  Getty)

Pointy-toothed counts emblazon souvenirs in Romania’s Carpathian Mountains. But it’s the vârcolac, or werewolf, that truly caused peasants of old to secure their shutters at sundown.

The sight of a grey wolf elicits primal fear in many, so it’s no wonder that old superstitions surrounded this fearsome predator. And while modern Romanians would sniff at the vârcolac, an uneasy relationship with wolves remains.

Few wolf attacks on humans have been verified, but nonetheless, media hype puts these mostly elusive canines at risk from hunters eager to cull the threat.

Wolves are shy, so avoid wildlife excursions that ‘guarantee’ sightings. Maximise your chances by joining a guided nature tour in spring (April to June) and look out for Romania’s other fanged beasts, bears and lynx.

Tales of the kraken – a colossal squid with a taste for human flesh – spread from Norway across the seafaring world (getting larger and gorier with each telling). Central and South America have the most vicious real-life kraken. Numerous fishermen have been injured by the saw-sharp beak of the diablo rojo (red devil) or Humboldt squid.

These carnivorous cephalopods move at 25 kilometres per hour, form shoals of up to 1000, and flicker red when furious. They can bulge as big as two metres long – not island-sized, as described in the old Norse tales, but certainly large enough to sink your dinghy. 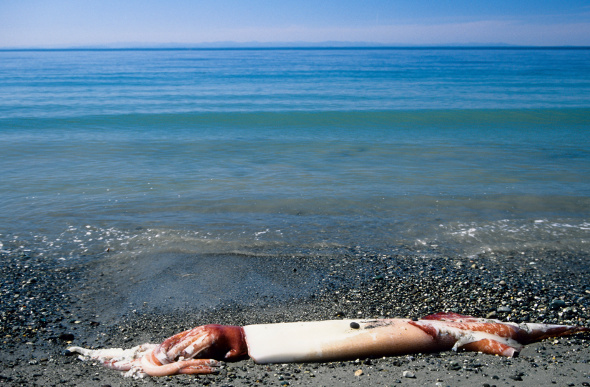 Fishermen have been injured by the giant squid (Image: Getty)

Compared with their prancing, land-based counterparts, unicorns of the sea have a deliciously dark myth of origin. Inuit lore says that the narwhal came from a woman catapulted into the ocean, attached to a harpoon launched by her son.

Brooding on the sea floor, her long hair became twisted into a singlehorn, and she swam the waves as a narwhal ever after.

In the Middle Ages, Greenlanders peddled these tusks – which can grow to 3 metres long – to Norsesettlers as unicorn horn. Whether this was in homage to their mythical origins, or simply to make a tidy profit, we can’t be sure.

Where to find the 'human fish'. Postojna Caves: Where The ‘Human Fish’ Lurks

On the trail of a different kind of yeti. Hunting The Blue Yeti Of Bhutan

Blame thin air and exhaustion-induced hallucination if you must; but the yeti myth is backed by numerous sightings in Nepal’s high passes. Mountaineer Reinhold Messner claims to have had an encounter of his own with the hirsutehumanoid.

Later – following a 12-year search – he decided it was most likely a type of bear. Himalayan brown bears, which rear up on their hind legs, could certainly be mistaken for yeti, which are rumoured to stagger on two legs through the Himalayan mists.

But that hasn’t stopped countless yeti hunters from keeping their camera lenses ready, just in case... 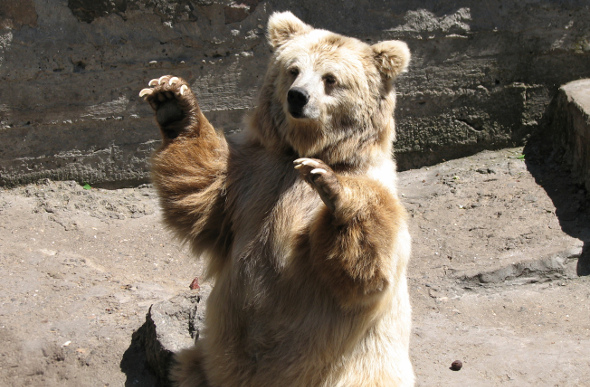 The Himalayan bear may have been the creature Messner mistook for a yeti (Image: Getty)

Don’t say a word about those pizza-eating ninjas. The original humanoid turtles are Japanese kappa.

Kappa statues grace shrines around Japan, depicting them as gnomes with shells, suggesting these sea spirits are inspired by loggerhead turtles. These real-life kappa inhabit the coasts of Japan’s subtropical islands, where the sight of them spreads more delight than mischief.

Claps of thunder across the Midwest’s yawning plains aren’t simply an omen of rain. Native American legend tells of the thunderbird, whose beating wings conjure a storm.

The bald eagle is the thunderbird’s natural relative, and rich with its own meaning. Native American folklore tells that eagles were created from the offspring of a slain monster, transformed into a bird. The soul-stirring sight of a soaring eagle makes it easy to believe the myths. 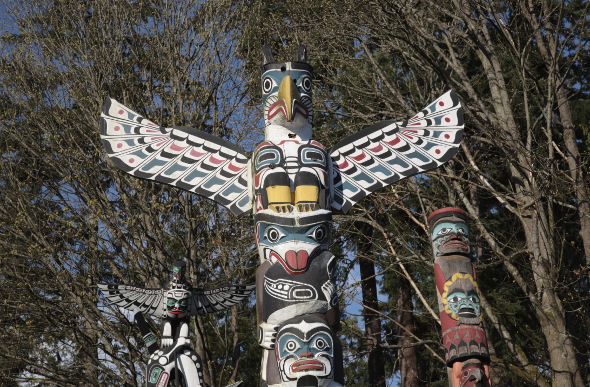 Monsters, spirits and mythological creatures are widespread in Aboriginal Australian lore but one that entered the popular imagination Down Under is the bunyip, a terrifying monster with a bellowing cry that was said to inhabit inland swamps and waterholes called billabongs.

When the colonisers fanned across the land from the first settlements in Sydney they found regional variations to the bunyip, but they all described a rare bearded, seal-like creature that hid in the water and occasionally lured people to their death.

Bunyips are best spotted when travelling alone, and always in the dark of night, lurking in remote billabongs somewhere on the east coast of Australia.

This article was written by Anita Isalska from The Independent and was legally licensed through the NewsCred publisher network.