It feels as though Brazil is on everyone’s lips at the moment. If it isn’t because the country just hosted the 2014 FIFA World Cup, it’s because attending Carnival in Rio is on just about everyone’s bucket list. Perhaps you just heard that Solange Knowles had her honeymoon in a quirky pousadas in the magical seaside village of Trancoso in Bahia? Maybe you’re super interested in the economy of emerging nations and are fascinated by the rise of Brazil as one of the leading BRIC nations of the world. Whatever the reason, there’s no denying Brazil abounds with culture, geography of epic portions and beaches that rival the famously sandy shores of Australia.

Read below to find out  nine reasons why we think Brazil should be on your travel to-do list for 2015, if it isn't already.

The historic centre of Curitiba

One of the largest cities in the South of Brazil, Curitiba is known to urban planners and transport buffs worldwide for its innovative public transit system. A city with ample green space, it has so many parks the city has sheep help cut the grass because it’s cheaper than lawnmowers. Home to an array of great buildings and monuments, many come here just to visit the Oscar Niemeyer Museum. Niemeyer (1907–2012) was a famed Brazilian architect and key figure in the development of modern architecture. The museum is a union of art and architecture and the first stage of the building was designed by Niemeyer in 1967. Today the institution continues to celebrate visual arts, architecture and design.

There are more than 2,000 beaches stretching along Brazil’s shoreline. Just 160 kilometres from Rio de Janeiro, you will find a secluded and sophisticated paradise. Welcome to beautiful Búzios, a stunning peninsula boasting more than 20 magnificent beaches and crystal-clear water. This sleepy fishing village came alive in the early ‘60s when it was broadcasted into popular culture after bombshell Brigitte Bardot and her Brazilian boyfriend holidayed here. Nowadays, Búzios is an upscale seaside resort replete with boutiques and fine restaurants.

The falls with three names (Iguazu, Iguassu, Iguaçu) – this awe-inspiring sight is where 250 spectacular waterfalls plunge into the river on the border between Brazil, Argentina and Paraguay. People say Niagara has nothing on Iguazu and judging from what we’ve read, seen and heard we’re inclined to believe them. Why not see them for yourself... 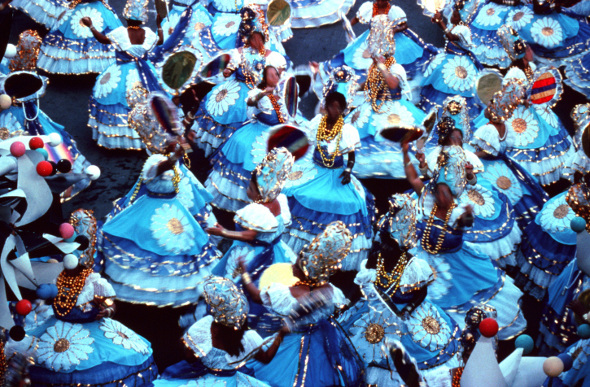 A flurry of colour and culture at Carnival

A wild five-day celebration held 40 days before Easter, Carnival starts on a Friday and end on Fat Tuesday, with the beginning of Lent (and abstaining from all bodily pleasures) on Ash Wednesday. Carnival is seen as a farewell to pleasures of the flesh and, let’s just say, Brazilians like to party and have a lot of pizzazz to get out their systems. At the peak of summer, the streets come alive with parades and a euphoric celebration of dance, song and – some would be forgiven for thinking – of feathers, spandex and glitter too. Get in early to get your tickets to the main event: the Samba Parade.

Vegetarians beware, Brazil loves to eat meat. Churrasco is derived from the Portuguese and Spanish term for grilling meat, usually on skewers over hot coals. If you’re into BBQ, prime cuts and believe a meal isn’t a meal without meat you’re onto a winning cuisine in Brazil.

You know the monument, the arms-spread-wide statue of Christ looking over the whole of Rio de Janeiro. Swirling aerial views can be seen from taking a helicopter ride around the peak of the 700-metre Corcovado Mountain in the Tijuca Forest National Park. Or you can take the eco-friendly cog train through the scenic park and enjoy the stunning panoramic views of Rio de Janeiro’s streets, bays and beaches at the feet of the 30-metre-tall monument.

The most popular alcoholic spirit in Brazil, cachaça is the essence of a tropical cocktail. Made from sugarcane juice, the distilled spirit is used lovingly in the classic caipirinha cocktail, which you should enjoy several of during your time in Brazil. Similar to rum, cachaça has two varieties, unaged (white) and aged (gold). Dark cachaça, is reputably the ‘premium’ variety, after being aged (usually for up three, or as long as 15 years) in wood barrels. It is designed to be enjoyed straight.

Forget finding your white whale, in Brazil they have pink dolphins! Pink River Dolphins (also known as Boto) are the largest freshwater dolphins in the world, measuring up to 2.7 metres long and over 130 kilograms in weight. Take an Amazon Jungle day tour from Manaus in the northern Brazil State of Amazonas and you’re likely to spot this endangered species along the Rio Negro (Amazon River). 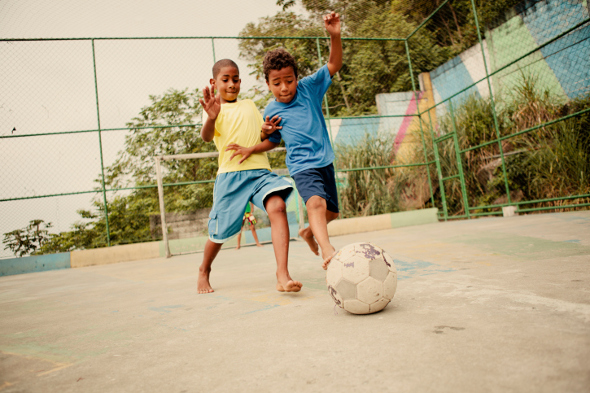 Home to nearly 20 million people, the megalopolis of Sao Paulo is Brazil’s largest and richest city and the seventh largest metropolitan area in the world. Shop with Brazil’s rich and famous in the Jardins or Itaim districts or in one of the city’s modern fashion malls. Exploring a big city calls for a big appetite thankfully Sao Paulo has over 12,500 restaurants featuring local and international delicacies. Don’t miss a seeing a game of ‘futebol’ (aka soccer) –professional or otherwise, it’s hard to miss; kids are playing it on just about every street. Last but not least, be sure to dance to bossa nova tunes late into the evening.