Know why kiwis are so cool with all those sheep jokes Australians make at their expense? Because they get to eat world-class lamb every day, not to mention mouth-watering beef, delicious dairy, seafood, fruit, wine and chocolate as just the tip of the iceberg. Thank goodness for all those adrenaline-inducing activities on offer across Northland – you've got to do something to work off all that good food and wine! If you're making your way to the star of the South Pacific, you will soon learn food is an essential part of the Aotearoa experience.

Whether your New Zealand North Island food holiday means cafe-hopping through Wellington, bayside brunching in Auckland, wine touring through Napier or enjoying a 2000-year-old Maori hangi celebration in Rotorua, a visit to New Zealand's North Island will leave you with a full puku and an insatiable curiosity about what further epicurean enjoyment might exist on the South Island.

For the bean hunter: Wellington 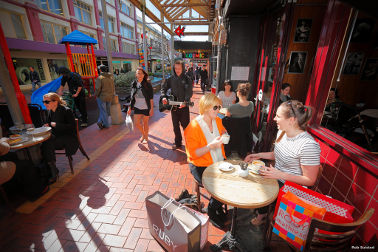 The so-called “coolest little capital in the world” sure does crank up the heat when it comes to its sizzling foodie scene. Known as the country's culinary capital in addition to its political posture, Wellington is alleged to have more bars and restaurants per capita than New York, satisfying every hunger whether you're the eat-and-run or sit-down-and-savour type. One thing windy Welly does exceptionally well is a cup of Joe, with local roasters such as L'affare and Mojo spurring the city's trendy coffee culture. During your visit to the land of the long flat white, pay your respects at Cuba Street or Courtenay Place where your early espresso can easily turn into a mid-morning macchiato.

For the fine diner: Auckland 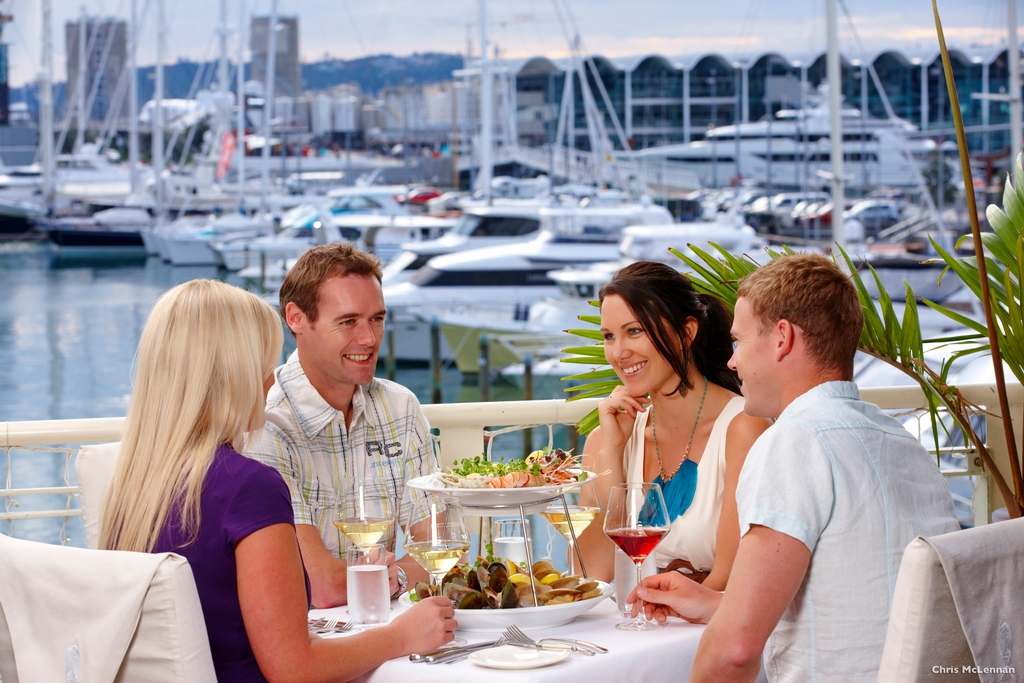 It may have lost its crown to Wellington some time ago, but Auckland still holds tight to its title as New Zealand's largest city, hosting a sizeable smattering of restaurants to placate the population. With incredible produce right at its doorstep and a perfect position as an international transit hub, Auckland's restaurant doors are home to a horde of passionate chefs who treat their food as their art. Whether it's Peter Gordon's The Sugar Club at SKYCITY or Euro by master chef Simon Gault, you don't have to search hard for cloche-covered decadence, where degustation spreads taste as good as they look. There are a handful of wine districts surrounding Auckland too, so don't be surprised to see a local label paired with your plate.

For the Shiraz savant: Hawke's Bay 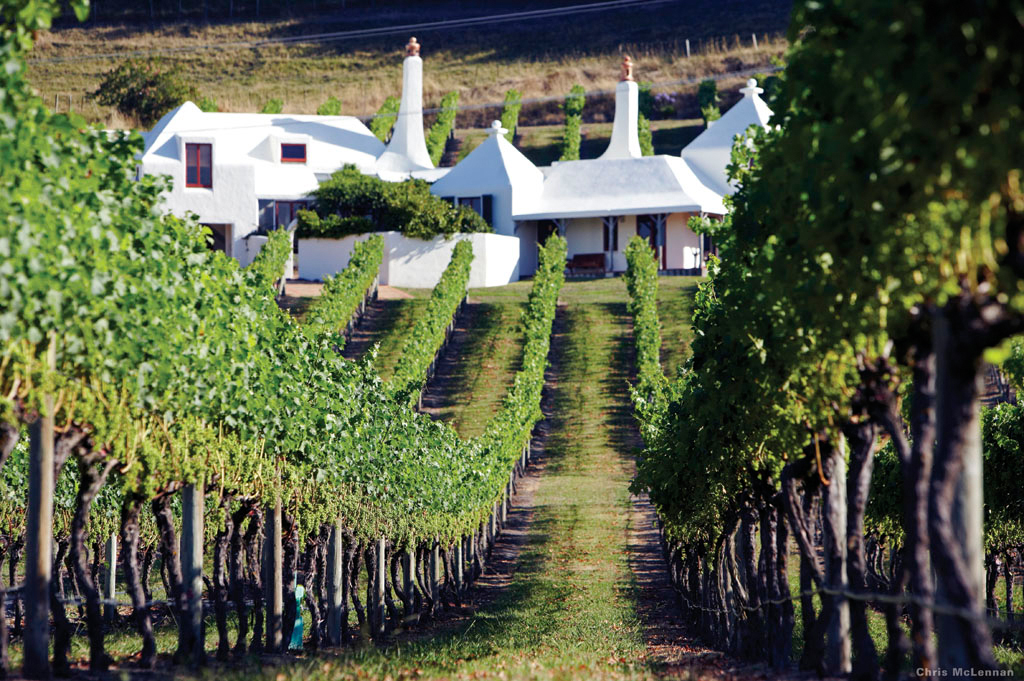 One of four distinct grape-growing regions along the Classic New Zealand Wine Trail, Hawke's Bay is blessed with a temperate maritime climate and an intricate network of cycle paths allowing you to soak in the sunshine from vineyard to vineyard. The Hawke's Bay region is where you will find the country's oldest winery, Mission Estate circa 1851, among some 100 wineries which collectively churn out 80% of the country's rich reds. Adding to its already established eminence, the first and largest farmer's market in the entire country also takes residence in the Hawke's region. Come for the cellar door tours and stay for the Art Deco Weekend, where the entire town of Napier dons its best Gatsby garb each February.

For the artisan ally: Wairarapa 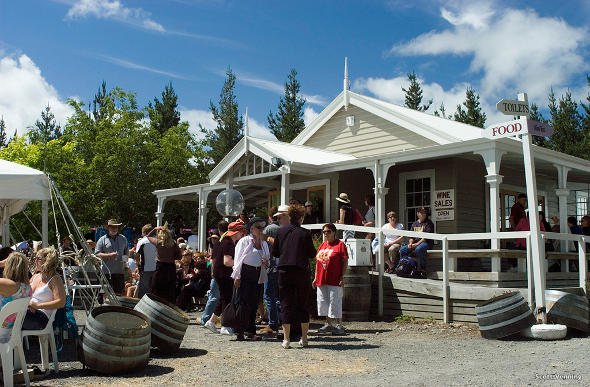 A little rural, rugged, beautiful and boutique, Wairarapa has a delightful Victorian charm, making it a favourite weekend escape for local “Wellingtonians” who take residence just an hour away. It may be touted as a wine region first and foremost thanks to the village-esque Martinborough, but there is more to Wairarapa than just a good Pinot. Support the artisan scene by tucking into delicate handcrafted pastries, locally pressed olive oil, raw milk dairy products, sustainable grass-fed beef, organic juices and traditional craft beer. Before you've had your fill, get yourself to Greytown and swell your sweet tooth at Schoc Chocolates where flavour combinations like earl grey tea or apricot and rosemary will make you think twice about reaching for that Cadbury Chocolate Fish.

For the hangi hunger: Rotorua 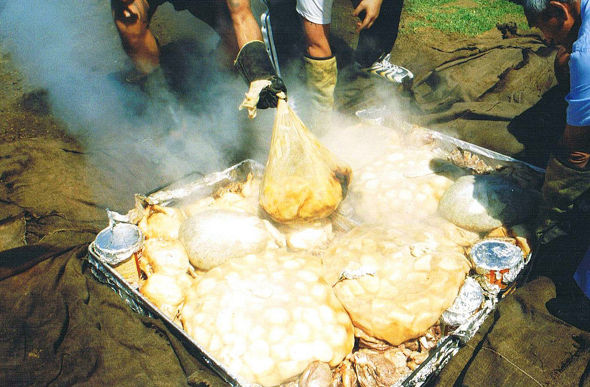 Rotorua bubbles over, quite literally, with enigmatic Maori culture, with food playing an important part in traditional celebration . Rotorua is arguably the best place on New Zealand's North Island to enjoy a hangi feast at a local Maori village, where it's customary to immerse yourself in heritage before hitting the buffet. A hangi steams away underground on hot rocks, slow-cooking to perfection awaiting your arrival. Succulent lamb, beef or chicken is usually on the menu, embracing a smoky flavour during the cooking process. Partnered with earth-cooked potato, kumara and carrot, fresh salads and topped off with the national treasure, Pavlova, a hangi feast is the ultimate taste of New Zealand food travel and will undoubtedly leave you wanting seconds. Maybe even thirds.