A Guide to Cruising Hong Kong

A Guide to Cruising Hong Kong

Hong Kong has long been a great maritime city, with bustling Victoria Harbour – one of the busiest waterways in the world – teeming with cargo vessels, warships, ferries and traditional sampans. This natural, deep-water harbour affords unparalleled views of the famous Chinese city and former British colony, and what better way to experience it than from the deck of a cruise ship, large or small?

There are about 30 cruise lines servicing the city and last month Hong Kong Tourism Board released Cruise Companion, an e-guidebook for first-time cruisers. The possibilities are endless – here’s a taste of what’s in store on a Hong Kong cruise. 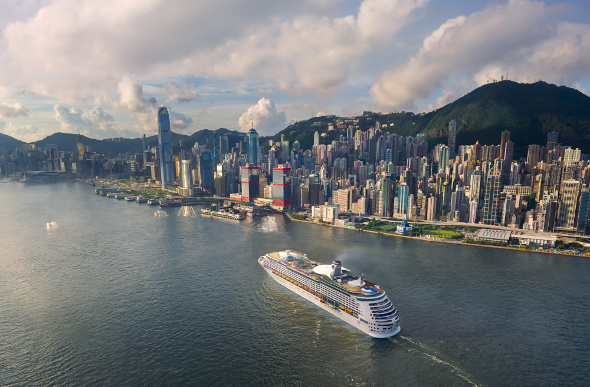 For instance, the Asian legs of world cruises tend to depart Brisbane or Sydney with the likes of big cruise lines Azamara, Princess, Royal Caribbean, Cunard, Holland America Line and Silversea. Sun Princess has a Sydney to Yokohama leg this year that stops in Hong Kong for a full day and evening; and next year it has a Sydney to Osaka leg that does the same.

Repositioning cruises from Australia tend to occur in March/April as cruise ships head north to chase the summer season. They tend to leave from Sydney, Brisbane and Fremantle. For example, Royal Caribbean has a repositioning cruise aboard Legend of the Seas in April next year from Brisbane, culminating in Hong Kong. 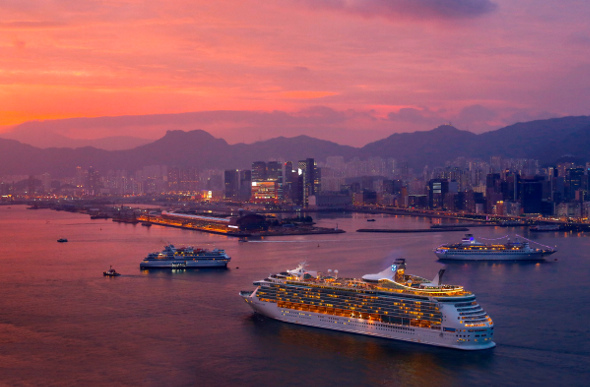 Mariner of the Seas sails into Victoria Harbour. Picture: Hong Kong Tourism Board

Or, you could fly to Hong Kong and take a round-trip cruise from the city, with a line such as Hong Kong-based Star Cruises.

Hong Kong has two cruise ship terminals – Ocean Terminal, which is connected to the Harbour City shopping complex; and Kai Tak Cruise Terminal, which has a rooftop garden with 360-degree views. 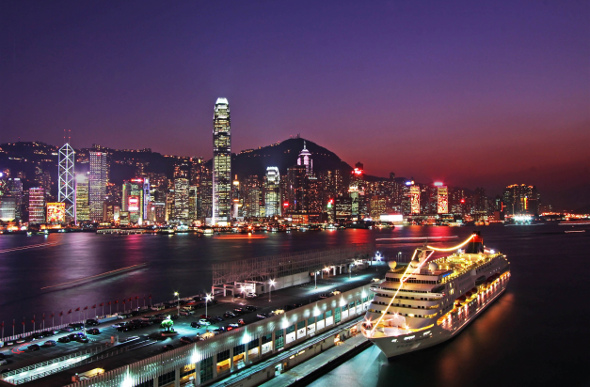 Ocean Terminal is in the Tsim Sha Tsui shopping and dining district. Part of a major shopping complex, it has access to 450 shops, 50 restaurants, cinemas and hotels. It’s also close to the Hong Kong Cultural Centre, Hong Kong Museum of Art and the Hong Kong Space Museum.

The Hong Kong Tourism Board’s Cruise Companion e-guide lists a vast array of possible shore excursions. Here we have hand-picked some of our favourites.

Take a tour of Hong Kong Island, visiting the mighty Victoria Peak, which stands 500 metres above the harbour, and offers sweeping views of the city, across Victoria Harbour to the Kowloon peninsula. Then head to upmarket Repulse Bay Beach, which is popular with Hong Kong’s elite and featured in the movie Love is a Many Splendored Thing. Next, stop by the Stanley street market to hunt for some bargains, before finishing up at Aberdeen for a tour in a traditional sampan. 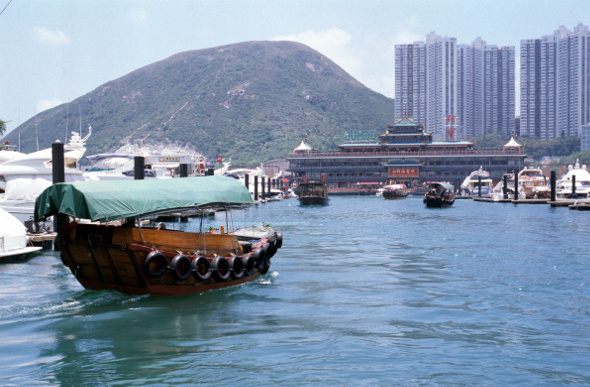 A traditional sampan at Aberdeen. Picture: Hong Kong Tourism Board

Take a romantic sunset cruise of Victoria Harbour, sailing through the central and eastern parts to the little fishing village of Lei Yue Mun, where you can find a slice of old Hong Kong. Renowned for its seafood, here you can buy your fish from a tank in the market, then take it to the restaurant of your choice to prepare your feast. After dinner, head to Temple Street Night Market for offbeat bargains and dai dai pongs (street food stalls).

Lantau Island boasts centuries-old fishing villages, hiking trails, theme parks and a giant bronze Buddha. Begin your tour with a visit to Cheung Sha Beach and its wandering yellow buffalo. Then it’s on to Tai O, a fishing village set on stilts above the water. Up in the mountains is the Po Lin Monastery and the big Buddha, where you can have a vegetarian meal, followed by a cable car ride back down to Tung Chung Town. 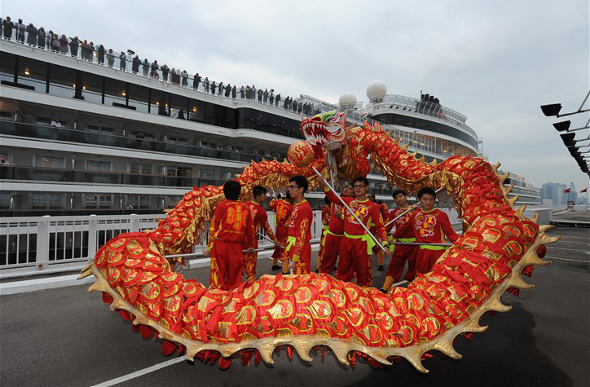 It’s always a good time to visit Hong Kong but certain times of year are particularly festive. Keep an eye out for cruises during Chinese New Year celebrations, as well as other cultural celebrations, such as the birthday of Tin Hau, Goddess of the Sea; the Cheung Chau bun festival; and Buddha’s Birthday. The harbour comes alive with dragon boats during the Dragon Boat Festival on the fifth day of the fifth lunar month; and there’s always the Mid-Autumn Festival, the Hong Kong Wine & Dine Festival, also in autumn; and Hong Kong Winterfest at Christmas time.