What Gringos Need To Know About Cinco De Mayo

What Gringos Need To Know About Cinco De Mayo

Even if you don’t speak Spanish, you’ve probably heard of Cinco de Mayo (translation: May 5). While widely thought to be a celebration of Mexico’s succession from Spain (Mexican Independence Day is actually September 16 and known as Grito de Delores), Cinco de Mayo celebrates the Battle of Puebla where the much smaller Mexican army defeated the French Army in 1862 in a heroic and symbolic victory during the Franco-Mexican War. 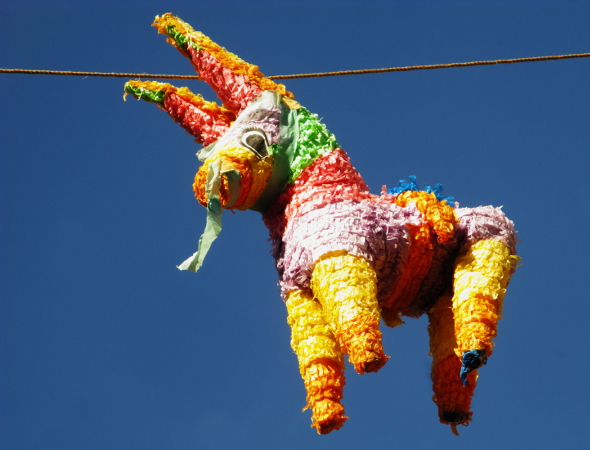 Piñatas are just one of the Mexican-themed decorations and traditions that appear at Cinco de Mayo celebrations. (Image: Getty)

It’s also not a national holiday in Mexico, with most festivities concentrated around the city of Puebla in the central state of Puebla, during which the Battle of Puebla is re-enacted and a civic parade form the basis of the celebrations.

In fact, the biggest Cinco de Mayo parties aren’t in Mexico at all.

For Hispanic and non-Hispanic communities around the world, but especially in the USA, Cinco de Mayo has become synonymous with tequila, guacamole, cerveza and an excuse to have a fiesta and consume a lot of Mexican food and drink, slap on an oversized sombrero and don a poncho or a moustache.  In the US, tequila sales double on Cinco de Mayo, and there’s also a rush on avocados (Americans consume around 37 million kilograms of avocados on Cinco de Mayo, according to the California Avocado Commission) – that’s a lot of corn chips to dip!

The world’s largest Cinco de Mayo celebration is held in Los Angeles. The Fiesta Broadway Cinco de Mayo festival, which racked up its 27th anniversary this year, takes over 24 blocks of Downtown LA along Broadway Street and attracts around 400,000 revellers for the week-long event. Expect plenty of authentic street food, Mexican beer and performances from well-known Latino musicians. 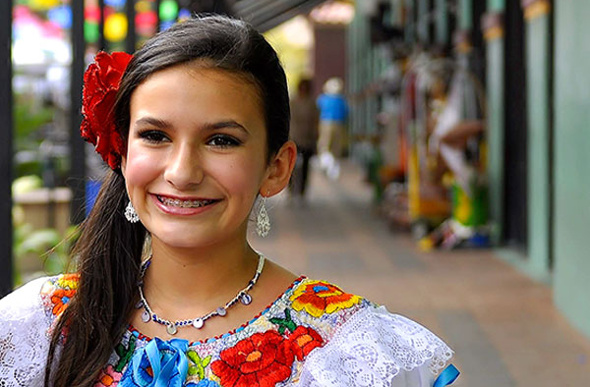 Texas has a large Mexican-American population as well and San Antonio puts on an authentic weekend fiesta for Cinco de Mayo. Taking over the city’s historic Market Square indoor mall (described as the largest Mexican market outside Mexico), the vibrant festivities see over 50,000 people dress up to celebrate with traditional Talavera pottery, Mexican cuisine, margaritas, mariachi musicians, folkloric dance performances and even piñatas for the littlies to bash. 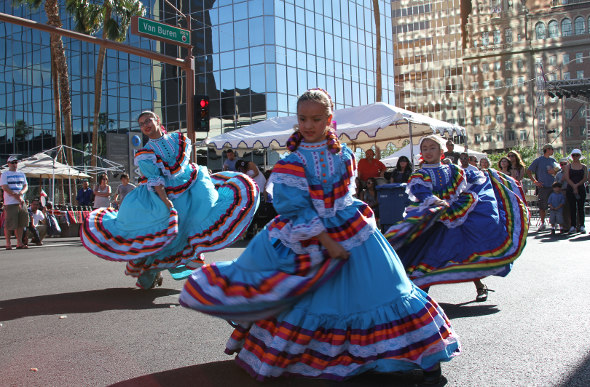 In Phoenix, Arizona, there are Cinco de Mayo celebrations all over the city, ranging from an annual chihuahua race in Chandler (a king and queen is crowned at the end) to the Cinco de Mayo Phoenix Festival, a two-day block party in downtown Phoenix with lucha libre wrestlers and a mix of top 40 popstars and Latino music, and a three-day dancing extravaganza in Mesa.

Even the White House hosts a Cinco de Mayo event where top-selling Mexican rock band Maná will perform this year, while the National Cinco de Mayo Festival is also held in Washington D.C., celebrating all Latin American cultures, just in case you didn’t get an invite to the President’s fiesta.